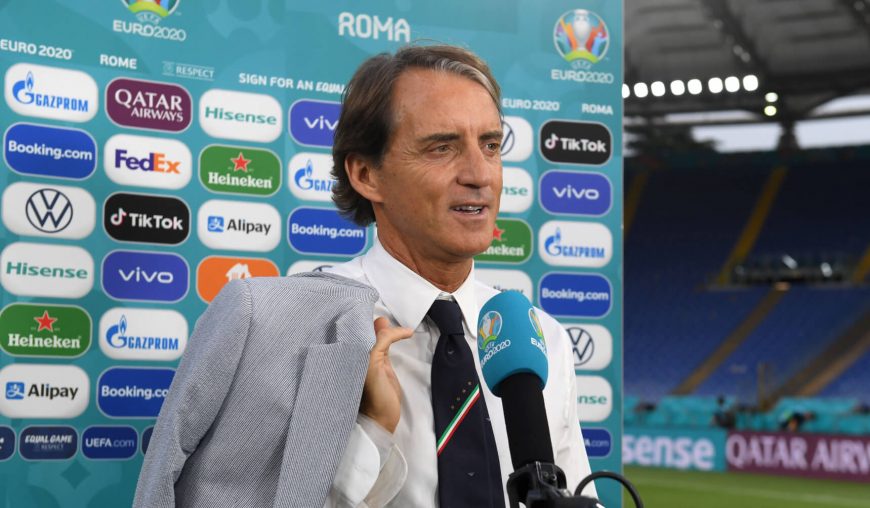 I think we can all agree that the Euro 2020 (2021) has been absolutely fantastic and has been a summer full of goals, drama and just generally high quality football. 50 matches played, 140 goals scored and fans back in the stadiums have really been a breath of fresh air after what has been a very difficult 18 months for all of us. In this article I will touch upon the best and worst bits of this summer’s Euros and touch upon things such as ‘goal of the tournament’ and ‘team of the tournament’ amongst plenty of other interesting topics.

Success of the Tournament

For me given their odds prior to the tournament combined with the failure to qualify for the 2018 World Cup, the success of the tournament has to be Italy. The Italians have been absolutely superb throughout and find themselves in the final against the English despite having a very difficult route. They beat Belgium and Spain amongst some other top teams along the way playing some fantastic football and Mancini really has breathed a new life into Italian football following some years of immense disappointment. A truly remarkable turnaround for a team who, while England reached the 2018 World Cup semis, did not even qualify for Russia. For that reason Italy have to be classed as my success of the tournament.

Flop of the Tournament

I mentioned them in my ‘winners & losers’ article too but hard to look beyond Turkey for flop of the tournament. The amount of people who mentioned Turkey as Dark horses and potential unlikely winners of the Euros was crazy and to see they were underwhelming would be an understatement. They opened up the tournament with a crushing 3-0 defeat to the Italians in Rome and that pretty much summed up their summer as a whole. No doubt they have talent within their squad either and the likes of Burak Yilmaz, Yusuf Yazici, Caglar Soyuncu and Merih Demiral certainly had the potential to achieve great things. They did anything but that and were a laughing stock in reality and that is why they are quite rightly ranked as my flops of the tournament.

Surprise of the Tournament

There haven’t been too many ‘shock’ results as such with most of the bigger teams doing as expected and reaching the latter stages. The main exception being the French who were eliminated by Switzerland on penalties in a thrilling last 16 match. It just didn’t happen for the world champions this summer who despite topping their group were never really convincing and Didier Deschamps ultra pragmatic style of play clearly hindering his players. With the quality they have on show you would feel it would be best to allow your attacking players freedom to go and express themselves. Deschamps did anything but this and his tinkering tactics hurt their rhythm and in the end they were deservedly knocked out by a determined Swiss side. They were many peoples pick to win the tournament and for them to be knocked out in the last 16 by a far from spectacular Switzerland outfit goes down as my surprise of the tournament.

Goals of the Tournament

As much as it pains me to say this has to be goal of the tournament. The technique, awareness and speed of though shown by the Leverkusen striker to hit the ball first time from all of 49.7 yards was simply outrageous. He quite simply wiped all the air from Hampden Park entirely with what might just be the best European Championship goal ever.While some fingers might be pointed at Scotland centre-back Jack Hendry, whose ambitious shot was blocked and bounced into the Schick’s path, but few could have foreseen what would happen next. Just a shame it came against Scotland but you can’t help but admire the technical quality required from Schick to execute what he did in Glasgow that afternoon.

I certainly enjoyed the goal from Damsgaard a lot more than I did the goal from Schick. It was an absolute rocket of a freekick from the Sampdoria man who has enjoyed a real breakthrough tournament and looks to have the makings of a real top player. The 20-year-old briefly silenced Wembley with a stunning 30-yard free-kick which put the Danes ahead in the last-four clash. His technique was similar to that of Cristiano Ronaldo with him attempting to hit through the valve of the bal with immense power causing unpredictable movement which clearly bamboozled England keeper Jordan Pickford. An exceptional goal from an exceptional talent.

Now for many across Europe you maybe won’t remember this goal for years to come. However, this goal will forever be etched in my memory and I was lucky enough to bat Hampden Park the moment McGregor drove an excellent shot from 20 yards to send it into the bottom right corner past the Croatian goalkeeper who could not reach it despite his best efforts. I can hands down say I have never felt emotion like it and for that alone it stands out for me as one of the goals of the tournament. Maybe slightly bias but I don’t care and I will never ever forget this goal for the rest of my days.