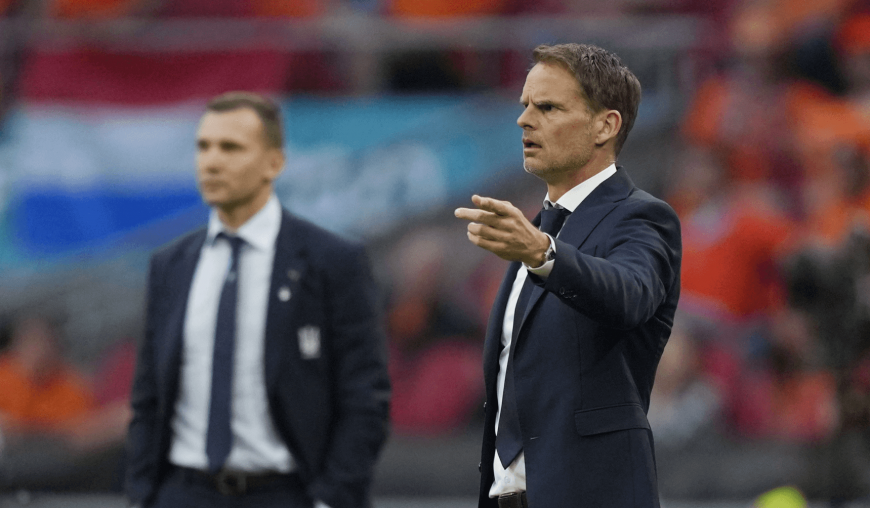 It’s been a brilliant tournament for some, less so for others so I thought what better way to have a look back at Euro 2020 than to sift through the winners and losers. Some honourable mentions before you get stuck into the DEFINITIVE list of winners and losers: The tiny car that carries the ball, Leonardo Spinazzola, Simon Kjaer and Roberto Mancini (his blazer, too) can all feel hard done by not to make the list. As for the losers, Alvaro Morata, Poland and France you can all breathe a sigh of relief as you’ve narrowly avoided the wrong end of this list.

The Barcelona midfielder has been a breath of fresh air at Euro 2020 and at just 18 years old we could be seeing him dominate games for many years to come. He’s displaced some well-respected players to become one of the first names on the Spain team sheet, with Luis Enrique preferring him over the likes of Liverpool’s Thiago and Manchester City’s Rodri.

Despite his tender age he’s taken control of games and was so unlucky to be dumped out at the semi-final stage with Pedri and Co. arguably more deserving of a final spot than Italy. We’ve not even seen the last of him this summer, with Pedri set to play his part for Spain at the Olympics too.

‘The Boy from Brent’ has really become a leader for England this summer, with Gareth Southgate putting his full trust in the Man City forward ahead of more popular choices like Jack Grealish, Jadon Sancho and Marcus Rashford. Sterling has completely repaid his gaffer’s faith in him, putting in match winning performances against Germany, Czech Republic and Croatia.

It was a mixed season at club level under Pep Guardiola, with Sterling finding himself in and out of the City side but this tournament could give him the confidence to establish himself at The Etihad once again. He could even be a shout for player of the tournament if he delivers in the final and he would be deserving of such an award, even if he did go down like he’d been shot for the penalty against Denmark.

Not many would’ve expected Joakim Maehle to have such a standout Euro 2020, but the flying Atalanta wing back has been a revelation at these finals. He’s scored twice and has been hitting the target with regularity from the left-hand side of this Denmark team, with only Dani Olmo, Alvaro Morata, Sterling and Patrik Schick hitting more shots on target than Maehle’s seven. After what was such a tragic start to Euro 2020 for the Danes, it was truly heart-warming to see them progress through to the semi-finals, with Maehle key to that run.

He only just moved to Atalanta in January but with some big clubs in the market for a rampaging full-back this summer, we’ll surely see Maehle’s name linked in the gossip columns to clubs like Arsenal, Inter Milan and Tottenham all summer.

The current joint-top scorer alongside Cristiano Ronaldo has hard a brilliant tournament, even though his Czech side were put out in the quarter-finals. He’s had a spectacular tournament as the figurehead of an impressive if functional Czech Republic side. His worldie from the halfway-line against Scotland was the obvious standout but his ability to lead the line and score important goals will have intrigued some of the bigger clubs across Europe.

He had a steady season in the Bundesliga with Bayer Leverkusen, having really struggled at Roma previously, but five goals at Euro 2020 may tempt sides looking for a striker to have a look at the 25-year-old, the likes of Spurs, Everton and West Ham have already been linked to the striker.

The Italy midfield lynchpin is something of a figure of fun in the Premier League but he’s had an impeccable Euro 2020 so far and could yet add the trophy to his growing collection should Italy get past England at Wembley. It’s been an incredible start to 2021 for the Chelsea man, having already lifted the Champions League and is just one win away from the same at Euro 2020. There have even been some calls for the 29-year-old to win the Ballon D’Or too.

I do think that’s maybe a tad ambitious shout, and his 40/1 odds of doing so suggest just that, but he has had a great first half of the year and with no other obvious standouts for European Player of the Year could we actually see him win it? If they beat England, who knows…

Everyone’s dark horses were a complete a non-runner, weren’t they? Even their staunchest of supporters would’ve done well to predict much more than a loss to Italy in their opening game but to go down without a fight in all three of their group games was so poor. They looked shattered from the first minute of the tournament and to concede eight and score just once in what looked a comfortable group was such a disappointing performance.

They had a talented squad, but the likes of Caglar Soyuncu, Hakan Calhanoglu and Burak Yilmaz all flattered to deceive with Turkey sent home and demolished as if it were the fourth Monday of November.

Ultimately, Frank de Boer has paid for underperforming at Euro 2020 by losing his job, one he probably didn’t deserve in the first place. I was far from convinced by the Dutch heading into the tournament, no Virgil van Dijk coupled with a manager who’d been sacked by each of his last three clubs meant I was, at best, pessimistic about their chances. They did well in the groups but the first time they faced decent opposition they crumbled, with Czech Republic really making them look out of their depth in their 2-0 win.

The former Rangers player will be doing well to get another decent job after this. A successful tournament this summer felt like a final chance at resurrecting a managerial career that did start well but surely, he’s a long way from managing at the top level after such a shoddy showing during Euro 2020.

What will Big Sam be thinking when he watches Southgate’s charges light up this tournament? It could’ve been him leading an exceptionally talented England squad deep into consecutive tournaments. Yet, he’s sat at home having just been limply relegated with West Brom while he sees a nation rejoice and marvel in some excellent performances from a dominant England side. Now, I’m sure an England side under Allardyce would look a bit different to the one we’re actually seeing under Southgate, but he must’ve asked himself ‘What if?’ an awful lot over the last four weeks or so, probably over the last four years in fact.

How pricey a pint of wine that turned out to be eh? 🍷

I, like so many others, expected big things from Kylian Mbappe heading into Euro 2020 but to say he under delivered is a massive understatement. There were murmurings of discontent between Mbappe and his teammates, namely Olivier Giroud, in the build-up to the tournament which is never a good sign. I’m sure all would’ve been forgotten had Mbappe gone on to star at Euro 2020 and lift the trophy, exactly as he did at the World Cup in 2018, but neither of those came true.

Mbappe failed to score as France improbably went out in the Round of 16, blowing a 3-1 lead against Switzerland, with the prodigal PSG striker contriving to miss a handful of guilt-edged chances. Big things were expected of Mbappe but his ego and selfish style of play, one possibly learned from club teammate Neymar, did not help France’s cause as they chased consecutive major honours.

Another manager who underperformed was Portugal’s Fernando Santos. Nobody expected to see Santos let his superstars off the leash and really go for it, but their defensive set-up hindered them so much this summer. Cristiano Ronaldo, Diogo Jota, Bruno Fernandes, Bernardo Silva, Joao Felix, Andre Silva were all at Santos’ disposal yet only Ronaldo can walk away from the tournament having played well.

Santos setting a gifted side up to defend and with the handbrake on really cost them, with this Portugal squad possessing more than enough talent to cause a repeat of their 2016 success. Yet, dropping out at the Round of 16 will be seen as a massive failure, especially with Ronaldo in player of the tournament form.