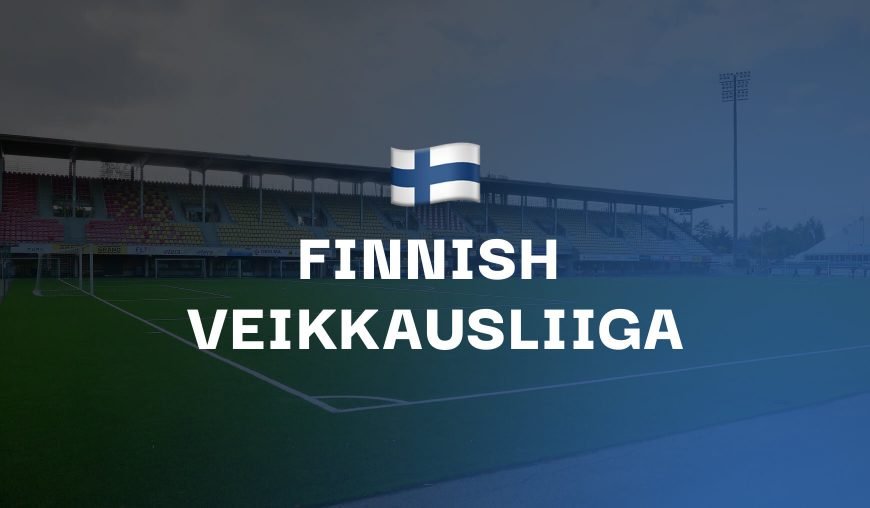 League leaders KuPS broke the record for consecutive Finnish Veikkausliiga unbeaten matches (31) last time out with a 0-0 at home to HJK. Now the milestone has been passed, efforts can return to maintaining their lead away to a much-improved Honka.

A strong KuPS team had to fight for a 1-0 win against MP in their last 16 cup tie this week, but will welcome Latvian playmaker Jānis Ikaunieksback to the squad after scoring three goals in four Nations League matches. Janis and striker Tim Väyrynen have been the key attacking threat as KuPS have led since the opening weekend, but their winter signing Talles has slowly integrated himself into the side and provides an additional outlet on the left of the front three and scored twice against AC Oulu. KuPS travel to HJK at the start of July and will want to go there in good form and still ahead.

Honka struggled at the end of 2021 but after wholesale changes of the squad, have started well and have demonstrated a freedom in attack not often seen. Their recent 5-1 win over SJK was full of well-worked team goals, while the coach appears to have found a good balance between promising youngsters (Sadiku, Koski), league veterans (Tammilehto, Aalto) and imports such as Florian Krebs, signed from Borussia Dortmund II. Sadiku has been in great form for club and Finland U21s, scoring against Azerbaijan and netting a late winner in the last league fixture against HIFK.

Two good defences on show here but KuPS have the experience and momentum to keep this run going.

It was a harsh start to the week for HJK – the defending champions edged a low-quality penalty shootout to get past VPS in the Suomen Cup, losing star striker Roope Riski to injury just six minutes into his comeback during the second half, then sacking influential midfielder Jair for failing to disclose a conviction for a serious offence on signing in 2021. And that was just Monday.

They return after the international break with a home match against AC Oulu, led by the recently crowned manager of the month Ricardo Duarte. After requiring a play-off to retain their top division place last year, Oulu regrouped under their new coach and have started well. Moshtagh Yaghoubi has rejoined the squad after falling out with the coach, bringing flair last time out in a 1-0 win at home to his former club SJK. Oulu lost to lower division opposition in the Cup this week.

Despite missing both Riski brothers for weeks, Klubi have managed to hold onto the coattails of leaders KuPS by sharing the goals around the squad – top scorer Bojan Radulovic only has three goals in ten matches, their last nine league goals scored by nine players. An experienced spine gives solidity and should have the nous to overcome their opponents, but they haven’t kept a clean sheet at home since the opening day.

I’d be surprised if HJK stumble here, but a bet at over 2.5 goals would be good value for an Oulu side with an attacking outlook leaving gaps at the back.

A second meeting of the sides inside a week, Inter needed penalties to knock SJK out of the Suomen Cup last sixteen this week, after a 1-1 draw in ninety minutes.

SJK continue to struggle under new coach Joaquin Gomez, their only home wins against the sides currently in the bottom two of the league. They have struggled to score goals (eight in ten games) and have recently lost striker Rafael Wolsztynski (end of contract) and regular defender Cristhian Valencia (returned to Colombia) which has further weakened. Last season’s bronze medallists have spent big on and off the pitch and Gomez is under huge pressure after replacing a coach who led them to third last season but was let go for underachieving. With the Conference League looming, SJK are desperate to get back into the top half of the table.

Inter on the other hand haven’t had too many problems scoring goals (eighteen in ten) – but a decision day looms. Benjamin Kallman, who scored Finland’s second goal against Bosnia on Tuesday, is out of contract soon and is keen to move abroad again. Kallman is a strong centre forward and was the league’s joint top scorer last year. His fitness after a congested international break is key to Inter’s success on Saturday. Inter haven’t kept a league clean sheet since April and will be hoping to keep it tight.

Another draw here is likely, unlikely to be high scoring but both sides can’t help but concede at the moment.

Bottom club HIFK are still searching for their first win of the season and lost to Honka despite leading. Mixu Paatelainen’s return to Finnish domestic football has improved his side’s performances but not results and the gap to safety is ominous. This match is being played at 11pm local time as a novelty to tie-in with the midsummer holiday.

New owners, a Portuguese backroom team and several new signings gave HIFK promise in the off-season, before coach Tavares resigned after one match and left the country. Multi Europa League winning goalkeeper Beto has been influential but he has been fortunate to avoid censure for a few petulant kicks at forwards and only progress in the Cup has provided much relief. Former Finland striker Eero Markkanen is top scorer with two and there isn’t much creativity behind him. Very hard to see HIFK surviving this year without a signing with the gravitas and impact of Kei Kamara, who did so well for the club in 2021.

VPS have surprised many on their return to the top flight, after being tipped to go straight back down. Wins against the sides below them in the table give precious points on the board including scoring five against FC Lahti. Veteran striker Kalle Multanen scored a brace in the last league match, a win against IFK Mariehamn, however the fixture also saw club captain and influential midfielder Sebastian Strandvall suffer a serious injury. His set piece prowess and assists will be sorely missed. Vepsu had four penalties saved in the shootout defeat to HJK on Monday but performed well in the ninety minutes beforehand.

HIFK should be solid enough to nullify a weakened VPS attack but are unlikely to have the nous or inspiration to win. Under 2.5 goals is a decent shout for this one.

Sign up to Betfair and get a full refund if your first bet loses. Grab an account through the offer below and place £20 on the 15/2 Finnish Veikkausliiga Best Bets Accumulator. Here are the two possible outcomes: