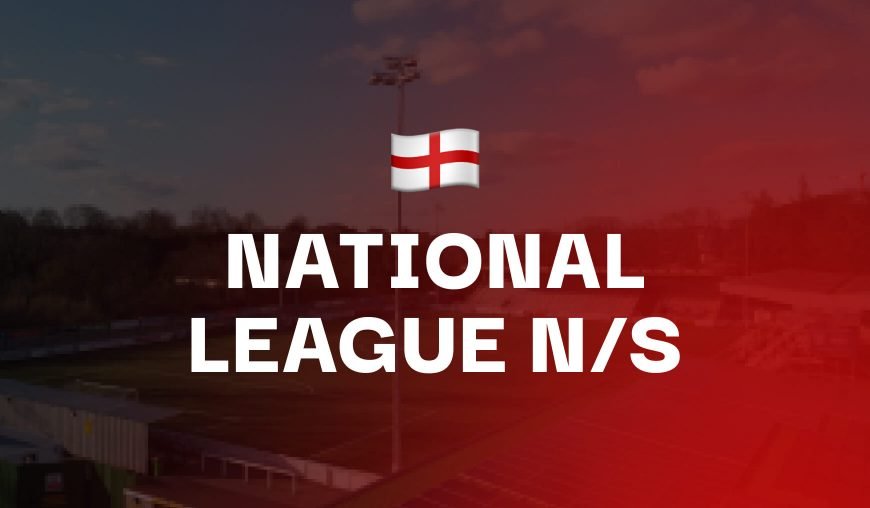 I decided to back both teams to score in midweek rather than AFC Telford United to leave Guiseley with at least a point and it backfired, so I’m going to back them this Saturday when they travel to The Citadel instead.

The Bucks have lost just five of their last 14 matches, a steady run that has seen them step outside of the relegation zone. Carden has admitted that his side need to score more goals in order to win matches but they were still having an issue conceding them. They have conceded just one goal in their last three, coinciding with the signings of Reiss McNally, Ryan Burke and Rob Evans. They are yet to win on the road this season but have drawn six of their last nine away matches, the defeats coming against Gateshead, Brackley Town and York City.

This selection isn’t to say that Farsley Celtic aren’t in form. They have won three, drawn one and lost two of their last six matches, including a hugely impressive victory against Kidderminster Harriers and come into this one unbeaten in three. Any result is an important one when you are in Farsley’s position and nothing should be taken away from seven points from three matches. However, holes can be picked in those results with Alfreton Town struggling for form, Curzon Ashton yet to beat any of the bottom three and Leamington having won just once on the road. It means that this game isn’t a foregone conclusion despite Farsley’s recent improvement.

I can see this being another game played on a tight margin for Telford and I think they will come away with an important point or even three.

I’m backing the side top of the National League North table to win and win comfortably on Saturday.

Mike Williamson’s side come into this game as the second-highest scorers in the top six tiers of English football and their home form has been a big part of that. The Heed have won 14 and lost two of their 16 matches at The Gateshead International Stadium this season, the two defeats coming against sides in the top five. They have won each of their last five at home, scoring 16 and conceding just twice. They have won 11 of their home matches by more than one goal this season, including four of the last five.

It’s fair to say Bradford Park Avenue fans will be travelling more in hope than expectation. The Yorkshire outfit have won just three matches away from home this season, one in a derby against York City, one against Darlington very early in the campaign and the other against struggling Blyth Spartans in midweek. They have scored more than once away from home on just four occasions and have lost all six matches played against sides in the top four by more than one goal.

It would be a real turn up for the books if the visitors left with a result on Saturday and the likelihood is that they will do well to keep the scoreline down to one.

Saturday will see former Gloucester City manager James Rowe return to the club he left for Chesterfield while top of the league table.

It’s been a near-perfect start for Rowe with his new employers, overseeing four wins and a draw in his first five matches, his side conceding just once. They have secured two 1-0 victories away from home during that time with their midweek victory at Spennymoor Town coming thanks to a debut goal from Will Hatfield, who joined from Darlington this week. Fylde have won nine of their away matches this season and have lost just once all season against sides in the bottom half – that came in mid-October.

Gloucester City were top of the league table when James Rowe departed for Chesterfield last term but their fortunes haven’t been the same since. His successor, Paul Groves, was sacked earlier this season and Lee Mansell was drafted to try and drag the club away from danger. He is managing that with his side showing an ability to not lose football matches rather than winning plenty – they have won and lost six of their last 21. Their current run is one defeat in eight matches with that loss coming against league leaders Gateshead, the only side in the top ten they have faced during that run.

It’s hard to imagine Rowe getting a warm welcome at New Meadow Park but he will care little if his side do as expected and pick up three points.

Brackley Town could scarcely be doing more in their bid to overtake Gateshead at the top of the table.

Since opening 2022 with a defeat at local rivals Kettering Town, Kevin Wilkin’s side have played 13 games, winning ten and drawing three. Key to their form has been their incredible defensive record. Brackley have conceded just four goals during this run, keeping ten clean sheets. It has been the backbone of their title challenge, conceding just 18 goals in their 32 league matches and keeping 22 clean sheets. Only four games during this run have been away from home and they have won just two of those. However, their only two defeats on the road were a derby and against league leaders Gateshead.

Spennymoor Town’s form looked to have turned for the better with Bernard Morley and Anthony Johnson overseeing four wins from five but they are now without a victory in their last three and crucially, as far as this game is concerned, they have failed to beat Kidderminster Harriers, fourth, and AFC Fylde, third, at home. Spennymoor have picked up just one point from their seven encounters with sides in the top four and their home form against sides above them in the table has been poor with one win from eight matches, including three losses in five matches against sides in the top seven.

There is a school of thought that sides in the National League South are doing what they can to avoid finishing in the final two play-off spots but Eastbourne Borough have blown that out of the water in recent weeks.

Danny Bloor’s side have won each of their last four to move seven points clear of eighth place and close the gap on third-place Dartford to five points. That run has included victories against fellow play-off chasers St.Albans City and Hungerford Town as well as then league leaders Dorking Wanderers. They have a great chance of closing the gap further on Saturday when they host Bath City. The Sports have won five of their last six at home, the only defeat coming against current league leaders Maidstone United, and they have won six of seven home matches against sides in the bottom half.

Bath City picked up a much-needed victory against Hemel Hempstead last weekend, their first in nine matches and it brings them into this game unbeaten in three. However, the away draw against Welling United was the first point earned on the road in seven and their record against the best sides in the division is abysmal – Jerry Gill’s side have won one of 13 matches against sides in the top eight, losing the other 12.

Both sides need the points in this one for different reasons and I think the hosts might just be too strong here.

Hemel Hempstead and Tonbridge Angels have very clear patterns as far as their league form is concerned and I’m following the numbers on this selection.

Hemel’s recent form provides an insight into their season. Before their surprise defeat away at Bath City at the weekend, Hemel had won three and lost four of their previous seven, beating Billericay Town (21st), Concord Rangers (15th) and Welling United (20th) but losing against Dorking Wanderers (2nd), St.Albans City (8th), Oxford City (5th) and Eastbourne Borough (6th). Simply put, Hemel are pretty good at beating the sides around and below them and struggle against the sides above them. The Tudors have won nine and lost three of the 15 matches they have played against sides 11th or lower in the table and won four of their seven home matches against the same opposition, losing one.

Tonbridge Angels, meanwhile, have won eight football matches this season and they have all come against four teams – Dorking Wanderers (2nd), Chippenham Town (10th), Hungerford Town (11th) and Billericay Town (21st). It means their record against sides 12th or lower reads 12 games played, two wins and five defeats with three of those defeats coming in five away matches.   If the pattern continues here, Hemel should win the game or, at the very worst, draw it

Maidstone United finally returned to the top of the table on Saturday after their 2-1 victory away at in-form Braintree Town and will hope to extend their lead this weekend when they take on play-off chasing St.Albans City.

Hakan Hayrettin’s side have been on an insane run of form, winning 15 of their last 19 matches, including each of their last ten at home. Key to their form has been a renewed defensive resilience – they have conceded just five goals in those ten home matches. They have also performed well at home all season, losing just three home matches and managing to beat the sides currently occupying positions three, four, five, seven and ten in the league table, which bodes well for St.Albans’ visit.

The hosts, who are one of few full-time outfits in the National League South, should pick up yet another three points on home turf this weekend.

Sign up to Betfair and get a full refund if your first bet loses. Grab an account through the offer below and place £20 on the 13/1 National League North & South Best Bets Accumulator. Here are the two possible outcomes: