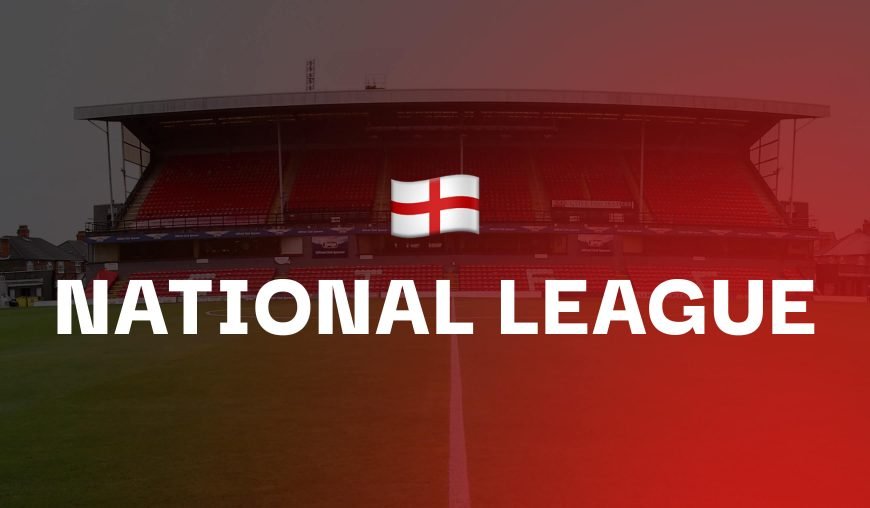 I’m backing Aldershot Town to pick up something of a surprise result on opening day when Solihull Moors come to visit.

In every division across the world, there are sides that come into the new season well prepared and ready for the challenges ahead and some that need a little bit of time to get going. I see Aldershot as the former and Solihull Moors as the latter here.

Molesley has been granted the opportunity to work all summer with his squad with even recent addition Michael Klass having trialled throughout the summer. A good portion of that group know Molesley and what he wants from his team, including Tyler Cordner, Joe Partington and Josh McQuoid who make up the team’s spine, along with Inih Effiong, to form a battle-hardened National League quartet.

Solihull Moors, meanwhile, have had a short summer break having only finished their campaign on June 5th. While they have had a strong summer of recruitment on paper, it has been difficult for Ardley to field his strong XI and a full squad of players with Jamey Osborne and Kyle Storer missing the final pre-season fixture. The Moors also have the mental fatigue of getting over that play-off final defeat and the increased expectation on them to perform.

The Moors will need to build themselves into the campaign and playing away at an Aldershot side that are built to frustrate and counter could cause them problems.

Dean Brennan wasted little time this summer bringing in new players and it hasn’t taken him long to come upon his preferred style and starting XI, a dynamic, narrow 4-3-3 system that is built on a high press and running at or beyond the opposition defence. The group will far more tenacious and physical than the team that muddled its way through last season and the vibes coming from the club are positive.

There has been big change at FC Halifax Town too. That includes manager Chris Millington taking over from Pete Wild and a number of changes on the playing staff, including the leadership group. It has taken a while for Millington to get the right bodies in the building with key players Jordan Keane, Sam Minihan and Tom Clarke coming part way through pre-season rather than starting it.

I believe that we will see a game in which Halifax show signs of shape and structure but struggle to cope with the pace and directness of the Barnet attack on opening day as they continue to build fitness.

Last season, Dagenham and Redbridge started like a house on fire and I believe they will get another opening day win on Saturday.

The Daggers were strong against the lesser lights of the division last term, winning 12 of their 14 matches against the bottom seven, scoring at least two in ten of those. They were also one of the best sides in the division in terms of performance metrics and finally realised their potential with Paul McCallum and Junior Morias up top together. They have had a decent summer and start the season with a stable group, replacing all three notable departures with players that have experience of the division but are young enough to continue developing. The Daggers finished pre-season able to name close to a full squad of players, something they tended to struggle with last term.

Gateshead achieved an unlikely National League North title last season – they were 20-1 when the season began. I do believe they will be fine so long as Mike Williamson remains in charge this year. However, they do like to take risks at the back, something that will put them under pressure against one of the best pressing sides in the division. The North East outfit will also be fielding something of a new forward line having lost Macaulay Langstaff and Cedwyn Scott and they may take a little bit of time to settle.

Chesterfield’s end to last season has clearly had an impact on their odds going into the opening weekend.

Paul Cook got his wish this summer, overhauling the squad he inherited to create a side in his image, a younger side that plays an attacking, possession based 4-2-3-1 with technicians in midfield, full-backs that like to attack and wingers that are direct and tricky. The signs through pre-season have been positive with the Spireites beating League Two Bradford City 3-0 and National League North play-off finalists Boston United 2-0. Furthermore, they have Kabongo Tshimanga back involved – he scored 24 in 27 before injury.

Dorking Wanderers will fancy themselves to take on anybody at Meadowbank, where they lost two league matches last season and will welcome close to a sell-out on Saturday. However, this will be an eye-opener as far as the quality of the National League goes. The part-time outfit have been on a remarkable rise and fully deserve their chance to play in non-league’s top division but they could find it tough to play their fast-paced, attacking brand of football against a Chesterfield side ripe and ready to go this season.

Cook has clearly made an attempt to ensure his side can start the season strongly, playing the exact same XI in their final three pre-season fixture. They’re well placed to get a result on opening day.

Last season did not end the way that Wrexham hoped. Defeats on the final day, in the FA Trophy final and play-off semi-final leaving a season that promised so much ultimately delivering nothing.

They have had to bide their time this summer but the Welsh club have made some major additions to their side, bringing in EFL veterans Mark Howard, Elliott Lee and Anthony Forde as well taking Sam Dalby and Jacob Mendy from fellow promotion contenders. While their summer preparations were halted slightly by the USA’s COVID policy (they ended up going to Spain instead), they finished pre-season ensuring everybody had good minutes and look well set for the new season to start.

Eastleigh have done some decent business this summer, particularly in replacing their experienced core with a new one – Aaron Martin, Nigel Atangana and Ousseynou Cisse all having recent EFL experience. The squad overall is of a good age too with seven players aged between 23-27. However, their squad remains small and they were only able to field eight established first-teamers for their final pre-season fixture with the bench made up of academy prospects. That includes missing key striker Danny Whitehall.

For the Spitfires to get a result on Saturday, they need to be ready and prepared. I’m doubtful they are and I expect the strongest squad in the league, one that recorded the best xG, scored the most goals and has only gotten stronger this summer, to start the season strongly in front of a packed-out Racecourse.

Sign up to Betfair and get a full refund if your first bet loses. Grab an account through the offer below and place £20 on the 17/1 National League Best Bets Accumulator. Here are the two possible outcomes: