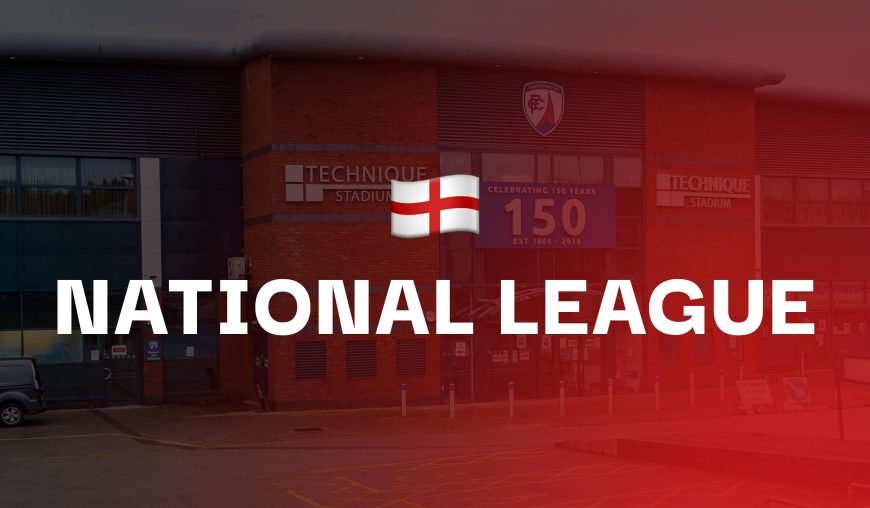 The victory was just their fourth under Tommy Widdrington and their first against any side in the top half of the table. It was also their second win in three matches, giving them a glimmer of hope in their bid to achieve an improbable survival – they have overtaken Weymouth and cut the gap to Aldershot Town to seven points.

Widdrington’s first victory was the reverse fixture against Dover Athletic, courtesy of a Josh Barrett double, in his first game in charge. That was their only result during a 14-game stretch in which they lost the other 13 but form has steadily improved since, winning three and drawing four of their last 12, including impressive draws against Grimsby Town and Solihull Moors. They have now also won all three matches played against sides in the bottom four since Widdrington took charge.

As for Dover Athletic, they almost produced the result of the National League season having led 5-2 at Wrexham last weekend only to be pegged back and ultimately lose 6-5. It showed the positives that come with having nothing to play for but also showcased the vulnerability that has marred this group all season. They have conceded 22 goals in their last six matches and lost eight of their last nine.

FC Halifax Town were the side closest to catching Stockport County two weeks ago, their 2-0 victory against Torquay United meaning they were the only other side in the division with a two-points-per-game record in the National League. What followed were back-to-back defeats at Wrexham and King’s Lynn Town to all but end their hopes of a title challenge.

Their season is far from over, however, with a top-three finish, a bye into the play-off semi-finals and home advantage still up for grabs. They are currently one point below Chesterfield with two games in hand and should remain confident coming into their game with Wealdstone. The Shaymen have won 13 of their 16 home matches this season, winning each of their last four and seven of their last eight, conceding just two goals in those matches. Midfield maestro Kieran Green, who was the subject of bids from a League One club in January, could return to the starting XI too.

Wealdstone have quietly gone about their business this season to the surprise of many, including myself, who thought they were destined for relegation. Instead, they have all but achieved survival with ten games to spare. Their away form hasn’t been the reason for that, however. They have lost 10 of their 17 away matches and picked up just two points from ten matches against sides in the top 11. They have also beaten just one top 11 side this season.

As impressive as Wealdstone have been, these are the games they struggle in. Halifax have a great chance of getting back to winning ways this weekend.

Solihull Moors have arguably become the most chaotic side in the National League in recent weeks having scored 21 and conceded 15 goals in their last eight matches.

Despite losing that defensive steeliness that was such a big part in their rise into the top seven, Neal Ardley’s side are unbeaten in 12 league matches and have a great chance of extending that to 13 on Saturday. Their impressive home form is key to those chances, The Moors are unbeaten against sides outside of the top three since match day three, winning ten and drawing three. They have also scored at least two goals in 12 of 14 matches against sides below them in the table at the ARMCO Arena.

That spells trouble for a Maidenhead United side that have scored more than one goal on the road just twice all season. They both came in their only two victories away from home, the first on the opening day at FC Halifax Town and the other a relatively recent victory at lowly King’s Lynn Town. The Berkshire outfit have lost five of their last seven, including all three matches away from home and they have lost five of their seven away matches against sides in the top half, failing to score in each defeat.

The visitors have a reputation for being a banana skin for the top clubs for their form on the road, but it doesn’t really deserve that title this season. The hosts have made home turf something of a fortress and that should continue at the weekend.

Southend United have been brought back down to Earth a bit following an extended unbeaten run.

The Essex club saw their unbeaten run ended abruptly in a 3-0 defeat at home against Dagenham and Redbridge, a game that saw Kevin Maher’s side concede two own goals. They have now lost three of their last four, following defeats at Maidenhead United and Yeovil Town, and it means the Shrimpers have won just two of their last eight. It feels as though things are beginning to catch up a little bit with Southend with a dip in form, Kacper Lopata being recalled, James Dunne being suspended and Ollie Kensdale, Nathan Ralph and Noor Husin succumbing to injury.

Notts County will know that they are playing Southend United at a good time. Despite their indifferent away form, The Magpies are unbeaten against sides in the bottom half since November and have lost just four of their last 19 matches in the league. They have won six of 12 away matches against sides below them in the table and have come through some tough fixtures recently in impressive fashion, defying injury and illness to see of Dagenham and Redbridge and Boreham Wood before a fitter and stronger XI drew with Chesterfield, a game they ought to have won. This side will be boosted further by the returning Callum Roberts and Vitezslav Jaros for this one.

Timing and form is key here. Notts County have a great chance of picking up another big victory.

Sign up to Betfair and get a full refund if your first bet loses. Grab an account through the offer below and place £20 on the 5/1 National League Best Bets Accumulator. Here are the two possible outcomes: