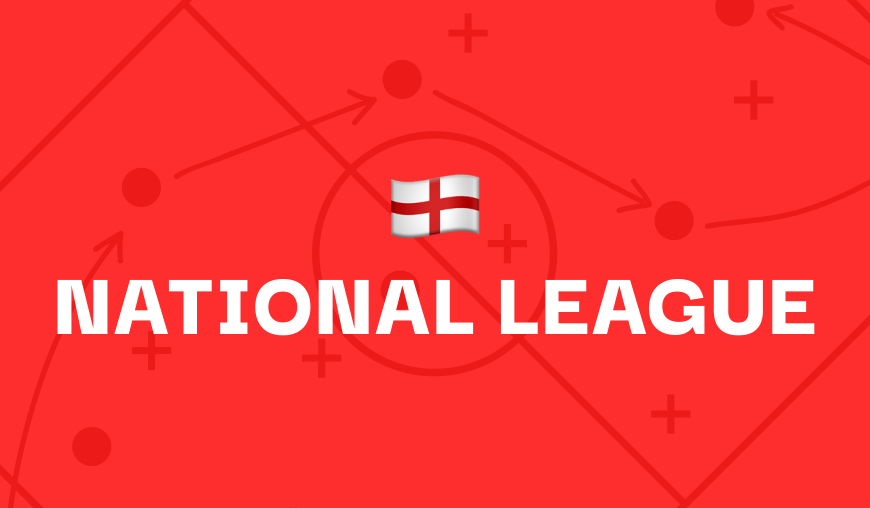 The league table rarely lies and it would be difficult to argue any other National League side being bigger pushovers than King’s Lynn Town and Weymouth this season, outside of Dover Athletic.

The form books hardly give a convincing argument for either side winning this match either. King’s Lynn have won one and drawn one of their 11 home matches while Weymouth have won two and drawn two of their 12 away matches. King’s Lynn have lost 13 of their last 14 matches, the only reprieve being a 2-1 win over Dover Athletic in Tommy Widdrington’s first game in charge. Weymouth, meanwhile, have picked up two points from their 11 matches. There is a reason why these two sides are being cut adrift at the bottom of the table.

However, I’m backing Weymouth here. David Oldfield recently replaced Brian Stock in the dugout and despite picking up just two points from his opening four games, there have been clear signs of progress. For starters, he has, so far at least, put an end to the constant chopping and changing of systems and personnel with performances improving as a result. Also, Weymouth were an incredibly soft touch in open play and it showed in their disciplinary record, the cleanest in the division prior to Stock’s sacking. They’ve picked up 12 yellow cards in their last three matches – a clear sign that this team has found an edge.

Weymouth are the stronger side of the two, are showing signs of an identity and should come away with a result.

This is a case of expecting both sides to stay true to form.

Notts County are very strong at home where Ian Burchnall’s side are picking up an average of 2.36 points per game. The Magpies have also won five of their last six at home and in impressive fashion – five of their opponents are currently in the top nine and the other was Southend United who are otherwise unbeaten in the last two months. They also come into this game looking to bounce back after failing to score on the road in their last two matches.

Grimsby Town, meanwhile, can’t buy a win on the road. While their hosts on Saturday are beating the sides around them, The Mariners are giving points to the same opposition on the road. They have lost their last six away from Blundell Park with the previous four coming against sides above them in the league table. It’s not a new thing either – remove the 3-1 home win against Wrexham and Paul Hurst’s side have lost eight and drew two against the top nine sides in the division and it’s a big reason as to why they are falling away from the promotion race.

The hosts will be buoyed on by a big crowd on Saturday and with the visitors showing few signs of arresting their poor away form, I have to go home win here.

The closest to a guaranteed three points you are likely to see in a professional football match in England this season.

There is a huge disparity between the clubs at the top and bottom of the National League and that will be on display for all to see at Edgeley Park on Saturday. Stockport County managed to coax their manager from League Two Hartlepool United, signing Scott Quigley and Olly Crankshaw from League Two clubs while Paddy Madden and Antoni Sarcevic dropped from League One to join Stockport’s charge towards the EFL. Meanwhile, Dover Athletic are paying the price for closing their doors last season and refusing to play following the infamous COVID vote. They are part-time, trying to run their club sustainably and are already preparing for life in the National League South.

Dover did at least win their first football match for a year recently, beating Eastleigh 1-0, and they caused a few problems for Southend United last time out. However, they won’t have home advantage and a bobbly pitch to cause issues for opposition that put five past them in October. Stockport have scored 23 goals in their last seven league matches, have kept clean sheets in five of those games and won their last three home matches 5-1, 3-0 and 3-0.

Solihull Moors have won two of their last three matches by a 5-0 scoreline but there are very good reasons for selecting them in an under 2.5 goals bet.

For starters, those two results came against a Dover Athletic side that threw in the towel pretty quickly and an Altrincham side that played the majority of the 90 minutes with ten men. Their goal record on the road isn’t that impressive – they have scored more than once on just four occasions and more than twice just once – against a COVID stricken Maidenhead United. Their defensive record against the sides 10th or below remains incredible too – it’s now three goals conceded in 15 matches against sides below them in the league table.

Yeovil Town are low goal specialists. The Glovers are averaging just 2.08 goals total in their matches this season and that tally drops to two goals per game total at Huish Park – just 31% of their home matches have seen three or more goals scored. They have returned to type after a drop in form over Christmas, beating Woking 1-0 away from home before a feisty 1-1 draw with local rivals Weymouth in midweek. Clearly, the return of Luke Wilkinson after injury and signing of Ben Barclay on loan from Stockport County are having the desired effect.

Both sides are strong defensively, Yeovil Town don’t score too many and Solihull Moors won’t be afforded the freedom of the final third like they have received recently.

Sign up to Betfair and get a full refund if your first bet loses. Grab an account through the offer below and place £20 on the 9/1 National League Best Bets Accumulator. Here are the two possible outcomes: