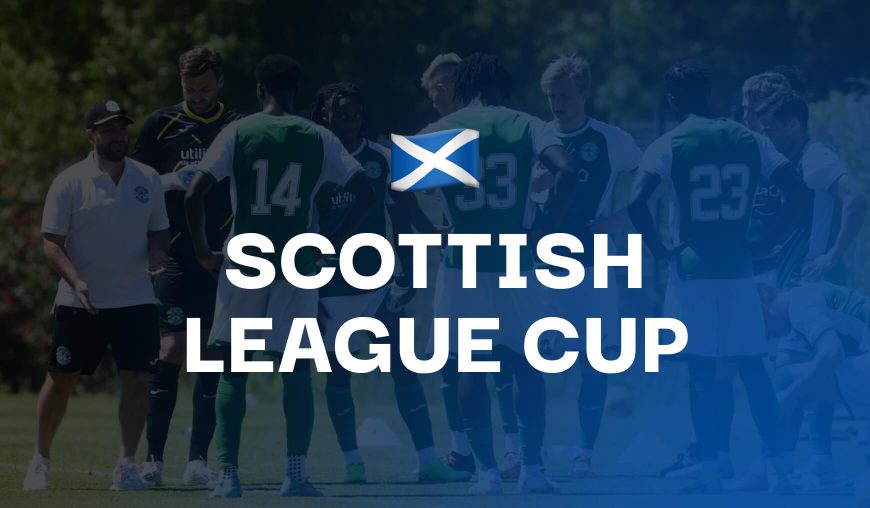 Livingston might not have been at their best in the Scottish League Cup thus far, but they have pushed themselves into a position whereby a victory over third-tier Kelty Heart on Saturday will likely see them go into the last-16 of the competition as one of the best-placed runners-up in the groups.

They have made life difficult for themselves in their fixtures to date. Against Inverness and Cove Rangers, they have had players sent off relatively early on. Remarkably, they won in Cove despite playing with 10 men for more than an hour. That is no small achievement given how strong the Aberdeen club are at home.

Summer signing Esmael Goncalves is banned for this match, but that opens the door for Bruce Anderson to start. After being benched in each of Livvy’s three games, last season’s leading marksman will feel he has a point to prove in this match.

Kelty, meanwhile, are already out, having endured a disappointing start to the season. They lost late against Inverness at home before being stunned by League Two outfit Albion Rovers. A midweek win over Cove Rangers was a strong response but this will be their third game in the space of seven days and it may well be that manager John Potter sees this as an opportunity to rest up some players before the start of the real hostilities in a week.

Livingston have the edge in terms of quality, incentive and rest time before this match, and while it would be a surprise if they were to be runaway winners, the carrot of a place in the knockout stages should be sufficient to ensure they get the win.

Falkirk were handed an unexpected bonus on Friday, when it was confirmed that Hibs had been docked points for playing an ineligible player in their match against Morton in midweek. The upshot for the Bairns is that any kind of positive result in this encounter against fellow League One side Clyde will see them through to the knockout phase.

John McGlynn’s side look in good nick at present. They have pinched away victories on penalty shootouts against Morton and Bonnyrigg, while they claimed a momentous 1-0 win over Hibs in their only home match to date this season. They may have been rather dour, but after two miserable seasons in League One, the full-time outfit finally appear to be moving back in the right direction.

Indeed, they will want to continue that gain of momentum when they tackle Clyde, and though only a draw is required, they will be going for the three points. With players expected to come back from injury soon, those in the starting XI are fighting to retain their places in the long term.

Meanwhile, Falkirk have won five of their last seven against this opponent.

Partick Thistle will seal a place in the last 16 of the League Cup on Saturday if they defeat Montrose at home. Anything less than a victory, and the matter is taken out of their hands to some degree, although a draw may be enough for them. Nevertheless, after making a strong start to the season, they will expect to continue the momentum against their League One opponents.

Ian McCall’s side have already defeated lower-ranked opponents in the form of Stenhousemuir and Fraserburgh, while they overcame Kilmarnock on penalties to put themselves in pole position in the group. Meanwhile, by leading 2-0 after an hour against Fraserburgh in midweek, it allowed them to rest key players such as Brain Graham, Steven Lawless and Kyle Turner before this game.

Conversely, Montrose have been disappointing in the competition. Their hopes of progression were ended in midweek as they suffered a 2-0 home loss against Stenhousemuir, following on rapidly from a 3-0 reverse against Kilmarnock three days earlier. This will be their third match in a week, and with the start of the league season looming, manager Stewart Petrie may well give some squad players an opportunity to impress. He has a relatively well-defined starting XI so opportunities for the fringe players are relatively rare. Partick’s last home match against Montrose was in April 2021, and on that occasion they ran out 5-0 winners. Such an emphatic success is unlikely on this occasion, but the hosts should be too good for an opponent with nothing but pride to play for

Dundee are on the brink of qualification to the last 16 of the League Cup, having won a perfect three out of three so far. On Saturday, they face their easiest match of the group stage on paper when they host League Two outfit Forfar.

The Dark Blues won their previous home encounter against fellow Championship side Hamilton 3-0 on the opening weekend of action then followed that up with a 3-0 win over Stranraer – an opponent broadly of the same standard as the won they will face on Saturday. That was away from home last weekend. On Tuesday, they eased past Queen’s Park, withdrawing key players Niall McGinn and Paul McGowan at half time.

Relegated from the Premiership last season, they are successfully making a strong impression, having scored eight goals for the concession of just one.

Forfar, meanwhile, are out of the competition. They have yet to win on the field this season, although they were given three points from Tuesday’s match with Stranraer as their opponents fielded an ineligible player. It ended 2-2. Prior to that, they lost easily against Queen’s Park and Hamilton – both Championship clubs of a weaker standing than Dundee. Furthermore, they lost a friendly 6-0 against Dunfermline and look short of the defensive strength to succeed at a higher level.

Given the Loons record of losing by multiple goals against stronger sides, plus Dundee having an incentive to win this match, look for a comfortable home victory.

Sign up to Betfair and get a full refund if your first bet loses. Grab an account through the offer below and place £20 on the 15/2 Scottish League Cup Best Bets Accumulator. Here are the two possible outcomes: