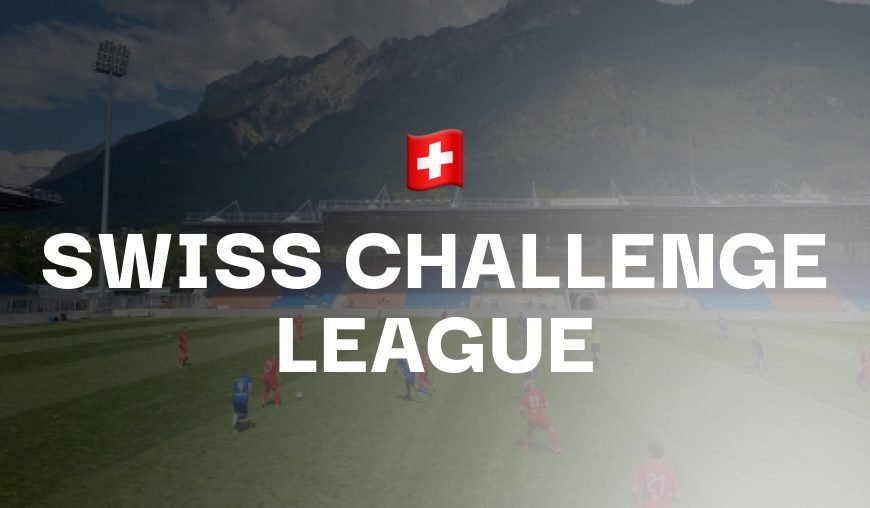 It looked rather bleak for FC Aarau just one month ago. On April 18th, after a 2-1 away loss to Thun, they were five points adrift of Challenge League automatic promotion with just six games to play and still faced tricky away trips to Neuchatel Xamax, Yverdon-Sport and fellow promotion-chasers Schaffhausen. One month later, they are top of the pile and have won their last five in a row, including a 1-0 triumph at Schaffhausen that leaves them needing only a point at home against Vaduz to seal a return to the Super League for the first time since 2015.

The faint promotion hopes of their visitors were finally dashed after their 2-2 home draw with Stade Lausanne-Ouchy. Vaduz do remain unbeaten in their last four matches though and the worrying sign for Aarau is that the principality club haven’t lost in their last three trips to Brugglifeld, winning two and drawing the other.

Aarau are in strong form and will be backed by a capacity crowd on Saturday, but they come up against a side that enjoy visiting Brugglifeld and have the second-strongest away record in the league. I think it’ll be a high-scoring encounter here.

FC Thun’s late 2-1 victory over FC Wil last weekend was enough to secure a top-half finish for the club from Bern. It hasn’t been the season that the fans at the Stockhorn Arena would’ve hoped for at the beginning, but they’ll be encouraged that there are better things to come under new management in the 22/23 campaign.

Yverdon-Sport are the visitors to the capital on Saturday and Uli Forte’s men will be pleased that they managed to stay up in their first season back in the Challenge League. There are rumours about the future of Forte at the Stade Municipal, his work has led to speculation that he could be on course for a return to the Super League, but with an opportunity still to finish in seventh, the focus will be on finishing as strongly as possible in the final.

Thun head into this one as favourites despite their four-game winning streak on home soil coming to a dramatic end in a disappointing 5-2 defeat to Schaffhausen last time out. I don’t have the confidence to back Thun outright here, they concede too many goals and I also think Yverdon can score themselves at the Stockhorn, but I do believe the home side can find the net more than once. They average two goals per game at home and scored three past YS in this fixture back in early August.

It has been a big week for Neuchatel Xamax. A new logo, the news that 38-year-old club legend Raphael Nuzzolo will extend his career for another season and the signing of promising Slovenian under-21 international Kenan Fatkic from FC Thun. It is baby steps for now, but there is cautious optimism from the passionate Xamaxians that they will be able to threaten the promotion race next season.

Sixth position is not yet guaranteed for Xamax but a  point would be enough against free-scoring FC Wil at the Stade de la Maladiere. Despite their impressive “goals for” tally, the visitors also have an alarming “goals against” tally that has left them near the bottom. They also only have three away victories for the season in the league, the last coming some ten games ago on December 4th.

Xamax have lost five games on their own patch this season, but it is important to note that all of those defeats came against teams that will finish in the top half of the table. They have beaten the four teams below them and were 3-0 victors over Wil at the Maladiere in late August. For those reasons, I think Neuchatel can avoid defeat here and end the campaign on a positive note.

Schaffhausen found out just how quickly the landscape in football can change after their 1-0 home defeat to Aarau has them hoping for favours in the promotion battle. Before that match, they were top of the table and clear favourites to win the title after seven wins from their previous eight, now they need Aarau to lose this weekend or hope that Winterthur drop points to bottom club Kriens to avoid spending another season in the second-tier.

Of the fixtures that the three promotion-chasers are tasked with on Saturday, it is fair to say that Schaffhausen face the toughest assignment. They come up against a Stade Lausanne-Ouchy side that has lost only four games at the Pontaise and have scored wins both home and away over FCS.

This is likely to be a tight contest that will mirror the three previous meetings this season. Two of those matches ended in a single-goal victory while the other was settled by a 2-1 scoreline. SLO don’t concede often at home and are generally stubborn, so I think it could be a frustrating night for both the visitors and their expectant fans.

Sign up to Betfair and get a full refund if your first bet loses. Grab an account through the offer below and place £20 on the 6/1 Swiss Challenge League Best Bets Accumulator. Here are the two possible outcomes: