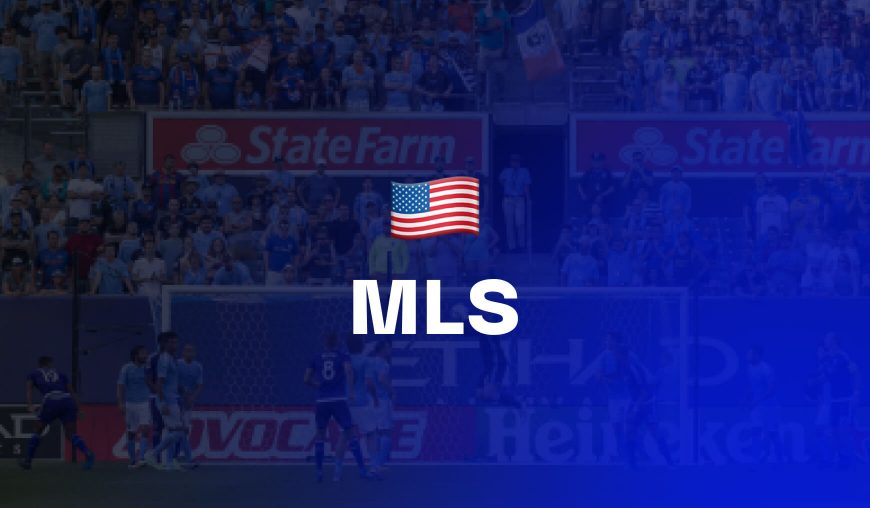 While Toronto FC are clearly a work in progress, they have more playmakers than you’d expect from a team third from bottom in the Eastern Conference.

Alejandro Pozuelo is less than two years removed from winning the 2020 MLS MVP award. Jesus Jimenez is one of only 12 seven-plus goal scorers in MLS entering the weekend. And Ayo Akinola remains one of Canadian soccer’s top striking prospects while he inches closer to a year out from ACL surgery.

In Bob Bradley they also have a manager who hasn’t shown much interest in playing negative football away from home.

This is probably good news for the high-pressing Red Bulls, who sometimes need an enterprising opponent to get their own offense going.

It’s been a bit better since the arrival of Brazilian signing Luquinhas in April. And RBNY have seven goals in their last two home matches after three goals in their first five.

But New York has also struggled to replicate their defensive excellence from their 2021 campaign, keeping a clean sheet only once at Red Bull Arena in 2022.

The price of 1.90 odds backing yes on both teams to score here is so reasonable because it’s tied to the Red Bulls being such a heavy favorite.

But it doesn’t pay enough respect to how most of Toronto FC’s defeats have come — in spite of a competent if not overwhelming attack and usually a goal. The Canadians’ problems are mainly on the defensive end.

In terms of the relevant home/away splits, it’s a trend that has hit 10 times in 14 matches between these teams.

Expansion side Charlotte FC have earned an MLS-worst one point from their seven previous away fixtures, but it’s a record that owes as much to poor fortune as poor play.

The first-year club have a -3.5 expected goal difference on the road. But nearly two thirds of that margin came from their first three games, when they were still learning to function together as a unit

Their away schedule so far has also been abnormally difficult: They’ve already visited the top Eastern and Western Conference finishers from 2021 in Colorado and New England. They nearly earned a result at a Seattle Sounders side that became the first MLS continental champions in 22 years this May.

Add the dismissal of the apparently unpopular manager Miguel Angel Ramirez and the installation of more popular interim boss Christian Lattanzio, and it feels like that eventual first away win will arrive sooner than later.

Meanwhile, Columbus are still having trouble finding goals, held scoreless in six of their 13 league fixtures and three of six at home.

Forward Yaw Yeboah hasn’t scored since his arrival from Wisla Krakow. The trade of Gyasi Zardes to Colorado has done little to clarify a picture up top that also includes the uncelebrated Miguel Berry.

The Crew have posted +2.5 xG difference overall, but that includes a -3.6 xGD in the last eight matches. It may be a sign of a team running out of ideas or trust in each other.

Lucas Zelarayan is still one of the best playmakers in the league. But he’s not enough reason alone to back the slumping hosts here. And given that Charlotte also played last weekend while the Crew are coming off a three-week absence, it’s better to go the other direction.

Play the visitors to earn at least their second away point and maybe even more if things go well.

The Vancouver Whitecaps are much better now than at the start of a campaign when they were often missing either Scottish playmaker Ryan Gauld or striker Brian White, or sometimes both.

But they’re not going to sneak up on a Dallas side who have already dropped points in British Columbia against a reasonably full-strength Whitecaps side.

Vancouver saw off Dallas 2-1 on a late penalty converted by Lucas Cavallini. But the visitors were the better side on the balance of play even while managing an arduous two-match West Coast trip.

Dallas manager Nico Estevez might be cautious with the minutes played by U.S. internationals Jesus Ferreira and Paul Arriola after they return from a busy international break. But their potential use off the bench could be just as devastating by a home side who are arguably the best in the league at punishing opponents with late goals on the counter.

Dallas is home and the better team, but maybe not enough so to justify playing the three-way line. But on a three-way, -1 handicap, they make a lot of sense.

That’s because if the home side do earn a win, that late-game prowess on the counter suggests it could be by multiple goals. That’s especially true as we enter the summer months, when the Texas heat makes Dallas’ home field advantage its strongest.

Six of FCD’s seven wins have come that way, including four of their five wins in seven home fixtures. That makes the price of 2.40 odds worth it here.

Nashville just settled for a 0-0 draw as a heavy favorite against the San Jose Earthquakes last Saturday night.

But the dynamics heading into another home game against Sporting Kansas City are pretty different.

San Jose were low in the table but came into the game in improved form since parting with former manager Matias Almeyda and installing interim boss Alex Covelo in late April.

That’s not at all the case for Kansas City, who have only one win in their last 11 matches and zero away victories overall.

SKC have been devastated by season-ending injuries to striker Alan Pulido and midfielder Gadi Kinda, and more niggling ailments to supporting players. They’re also just getting old and unathletic in too many key positions.

Sporting have led an opponent in expected goals only once, and in that contest they converted a penalty and played the final 23 minutes up a man.

Betting Nashville at as low a price at 1.62 odds might seem risky considering they’ve drawn three of their five home matches.

But those games included visits from two of the Eastern Conference’s better sides in Philadelphia and Montreal, and an Atlanta United side that always seems to play Nashville well.

The Coyotes also settled for too many draws at home in 2021. But in the second half of that campaign, they generally handled the teams outside of playoff contention.

That’s where Kansas City find themselves nearly halfway through the 2022 slate. And they’re likely to be on the end of another defeat in Tennessee.

Sign up to Betfair and get a full refund if your first bet loses. Grab an account through the offer below and place £20 on the 13/1 MLS Best Bets Accumulator. Here are the two possible outcomes: