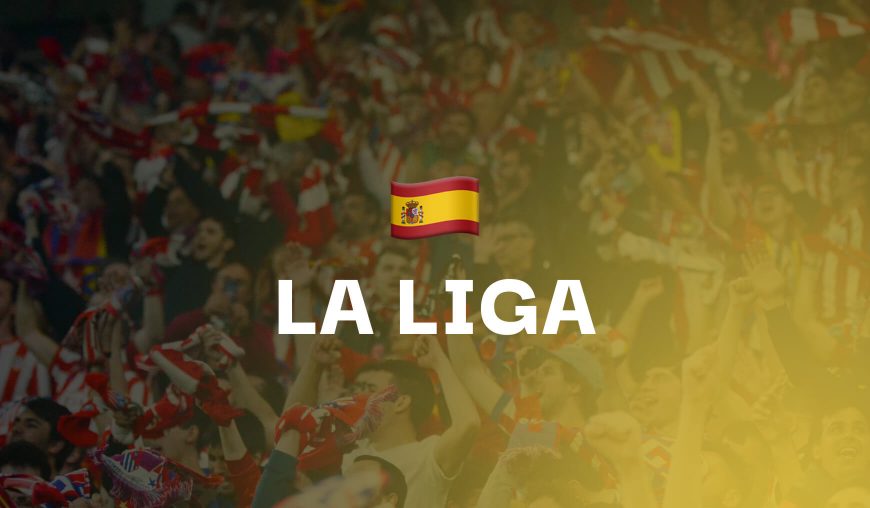 Real Sociedad are the experts when it comes to keeping games tight at home, with only 19 goals in 17 games at the Reale Arena in La Liga this season. They’ve kept clean sheets in 13 of those 17 games, and will be confident of doing so again up against relegation-battling Cádiz.

Cádiz could feed into that too. It’s true that their last three home games have included 11 goals, but their last three away games have seen only three goals scored. Sergio Gónzalez has set his team up to be offensive and intense at the Estadio Nuevo Mirandilla, but compact and organised on the road. In their away games against the current top five, Cádiz have conceded only four goals, with Real Madrid and Barcelona both failing to score against them.

Both teams have it all to play for, with La Real fighting for a Europa League spot and Cádiz hoping for survival, but that is more likely to lead to a cagey and conservative game in San Sebastián. Given Real Sociedad’s struggles in front of goal (they haven’t scored two goals in the same game at home since February), Imanol Alguacil will make this tie a battle of attrition.

After a run of 13 without a win in La Liga, Rayo Vallecano have now gone four consecutive games unbeaten, and they’ve done so by going back to basics. Andoni Iraola has seen his team pick up eight points through only three goals. This more conservative approach reflects Iraola’s solution to the goals drying up as 34-year-old captain Óscar Trejo’s form has faded, going from nine assists in his first 18 games this season to none in his previous 14.

In the opposing camp, Villarreal are almost certain to be without their three leading goalscorers this season, Gerard Moreno, Arnaut Danjuma and Yéremi Pino, as they all struggle with injury. The 1-1 draw against Sevilla showed the consequences of that, as their replacements scored just one goal from 2.7 xG, compared to a season average of one goal per 1.19 xG.

Rayo have now secured their La Liga status for another season after Sunday’s goalless draw against Getafe, while Villarreal will be hoping to find a way to break into the top six and secure a Europa League spot for 2022/23.

Iraola’s men will likely look to keep the tie to as few goals as possible, and with Villarreal’s misfiring alternatives in attack, it seems that it could be a challenge for them to break down a stubborn Rayo defence which has conceded only one goal in their last four games.

Having rotated heavily against Atlético Madrid, Real Madrid are expected to field a stronger side against Levante come Thursday night. That said, it’s hard to define what to expect from Carlo Ancelotti. Ahead of Sunday night’s fixture, all leading Spanish media expected Karim Benzema to start and he was instead left on the bench without playing a minute. Predicting the Italian’s rotations is always a gamble.

Among those to start against Atlético was second-choice goalkeeper Andriy Lunin, and he could be back in the line-up if Thibaut Courtois continues to suffer from illness, though the Belgian is more likely to start. That change, alongside the absence of Dani Carvajal, David Alaba and Éder Militão from Tuesday’s training session, will mean that Levante will fancy their chances of scoring.

The Valencian side could be relegated should they be beaten at the Bernabéu and results elsewhere go against them, so expect them to go for the jugular. This tie ended 3-3 when the teams last met in August and both teams have scored in eight of the last 10 meetings between the two sides.

Levante’s 44 goals scored from 35 games is more than sixth-placed Real Sociedad, but their 67 goals conceded this season is more than any other team in LaLiga. Leading the way will be José Luis Morales (7.0 for first goalscorer), who has scored in three of his last seven outings against Real Madrid.

Sign up to Betfair and get a full refund if your first bet loses. Grab an account through the offer below and place £20 on the 9/2 La Liga Best Bets Treble. Here are the two possible outcomes: