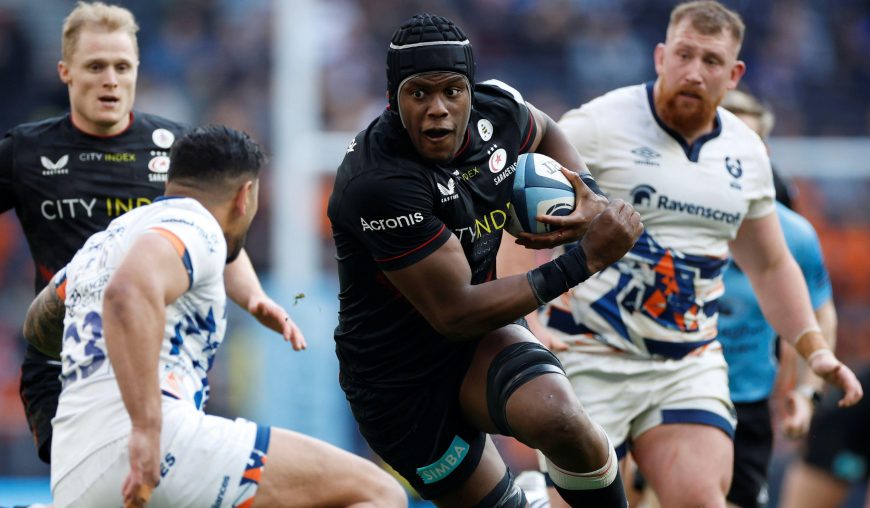 The first Gallagher Premiership season to not feature a relegation battle comes to its conclusion on Saturday, without much drama at the bottom of the table, all attention has been at the summit, with Leicester Tigers leading the way from the off. A side that, only two seasons ago, survived a drop to the Championship by the skin of their teeth, have had quite the turnaround in fortunes to find themselves a part of English club rugby’s showpiece game only 2 seasons on. A team that did spend a season in the Championship, albeit for reasons not related to on the pitch performances are back to where they feel they belong, and well ahead of schedule, or at least, that’s what Saracens director of rugby Mark McCall would have you believe. Regardless of recent history, these two are giants of European rugby, and they’ll both be desperate to ensure fresh silverware reminds everybody of that stature, come 5pm Saturday afternoon.

Whilst Saracens did spend a year in Championship purgatory, they come in as firm favourites at 1/2. Those odds aren’t surprising when you scratch below the surface, owing to the raft of experienced internationals at their disposal. That said, Ellis Genge & George Ford wave goodbye to Welford Road & on to pastures new come September, both players have been vital to the turnaround, and it’s not beyond the son of rugby league legend Mike Ford, George, to be the one that signs off his Leicester career with a dominant display that has brought him to the forefront of every England fan, except Eddie Jones, that is. Whilst both of these sides are well matched in the pack, with power and pace in their backline, this should be a very tight game with the lead changing as the minutes tick by. This feels like a hallmark moment for Leicester, Saracens are, on paper at least, the slightly better side, with longevity, they’ll be back here, maybe next year, but due to the inevitable change coming to the East Midlands, you can’t say the same for Leicester, this game will matter more to them, the fans and the players, and on those grand occasions, George Ford, the Premierships leading point scorer, is usually the one to step up.

Tip: George Ford to score all of Leicester Tigers points & Leicester to Win @ 11.0

Max Malins to score 2 or more tries in 80 mins

This one is as straightforward as they come. Max Malins is the Premierships leading try scorer with 16 to his name this season. The Saracens man is electric with the ball in hand, and will find space out wide, owing to the space created by Guy Porter attempting to keep Saracens strong inside runners under wraps. Despite leading the scoring charts, Malins only scored in 7 of the 13 games he featured in, with 2 or more tries coming in 4 of those 7 fixtures…something about waiting all day for a London bus and two coming at once? His strike rate is second to none, and his form tells you if he scores one, then another isn’t too far behind.

Both of these sides like to establish dominance through their pack. Billy Vunipola is no stranger to meandering runs as attempted defenders lie in his wake. Whilst Vunipola hasn’t been at the level some had hoped after a year dogged with injury troubles, the England & Lions Number 8 still managed to be inside the top 10 when it comes to metres made, out of every single player to have featured in the Gallagher Premiership. The Australian born brother of Mako, also beat 59 defenders throughout the season seeing him sit 10th overall, so whilst many will hold the view his performance levels have dropped, the underlying statistic paints a very different picture. The man wearing the same number across the field, Jasper Weise, was even more elusive in attack, beating 72 defenders, with only 3 players in the league out duelling him in that department. This game will be attrition personified, and that will lead to tired minds, tired bodies, and above all else, space for the two most powerful runners on the field to exploit. Both players have combined for a total of 8 scores this season, whilst other names may jump off the page in the try scorer market, there’s value in two players who have underlying statistics that suggest points won’t be too far away.

Sign up to Paddy Power and get a full refund if your first bet loses. Grab an account through the offer below and place up to £30 on the Gallagher Premiership Final. Here are the possible outcomes:

How to watch The Gallagher Premiership Rugby Final