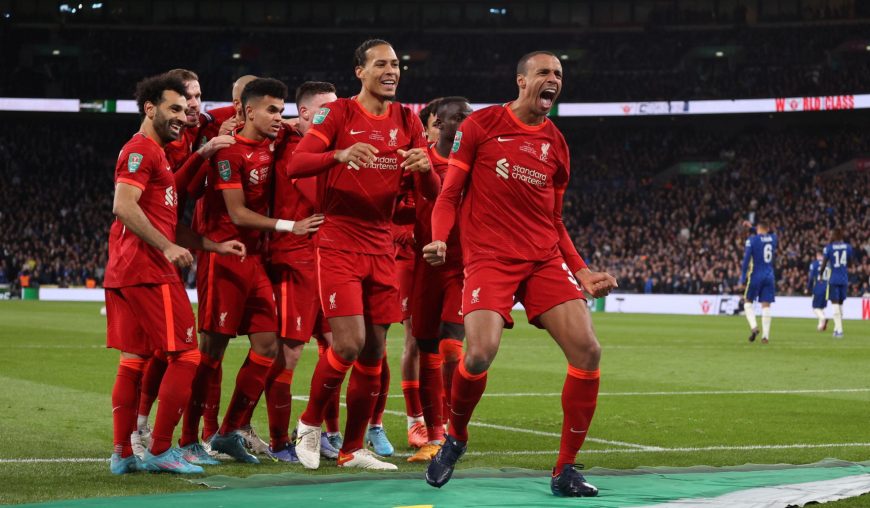 This weekend’s Premier League action gets underway on the South coast, as Brighton host Liverpool at Saturday lunchtime. Graham Potter’s Brighton side are facing their worst patch of form of the whole season, which makes this an incredibly poor time to come up against a high-flying Liverpool side.

Brighton have lost their last four Premier League matches on the bounce, which is the first time they have had this many collective losses in the whole season. After putting in some impressive performances earlier in the season, form has started to decline as Brighton’s competitiveness has started to worsen.

Liverpool, however, cannot be stopped. They have won seven league games in a row, as they are supercharged whilst chasing towards Manchester City, with the title well in their sights. As they come up against an out of form Brighton side, it seems like this may be an easy fixture for The Reds.

Liverpool are currently sat 2nd in the league. They are six points off top spot, but they also have a game in hand which can narrow the gap even more. They will be looking to take advantage of every fixture to pile the pressure onto Man City, as Liverpool aren’t the side with the position to lose.

With the reverse fixture ending 2-2, Brighton would be hoping that they could recreate similar fortune, as a point against Liverpool would be a treasure for them at this stage of the season. With Liverpool not losing in the league since late December, it seems unlikely that they won’t turn up on Saturday. With Brighton only winning three home games all season, that will diminish their hopes of pulling off a surprise victory even more.

Have a look at my bet builder selections below, as well as the Cheat Sheet, and strap yourself in for the beginning of Saturday’s action.

With these two teams producing opposite fortunes, it seems like there could be a flood of goals, mostly in favour of Liverpool. With The Reds winning games for fun and their players in top form, there is potential for Brighton to have a miserable afternoon. However, the potential for Brighton to get a foothold in the game shouldn’t be ruled out. Because of these factors, I’m backing over 2.5 goals in the match.

In Liverpool’s last eight league games, they have seen over 2.5 in five of those, highlighting their recent, ruthless goalscoring form. This includes their 6-0 demolition of Leeds, which perfectly highlights their incredible ability to take advantage of teams that are out of form and give them no hope throughout the whole 90 minutes. With Brighton putting together a string of poor results, there is ample opportunity for Liverpool to run riot on Saturday.

Brighton have conceded in seven of their last eight games, showing their current weakness at the back. Even though the chance that Brighton will concede is high, it doesn’t take much for a high-quality Liverpool team to take the chances that come to them. Liverpool have scored an average of 2.62 goals per game, which would win this selection alone. With Liverpool’s exceptional flurry of attackers that are ruthless in front of goal, chances don’t go wasted as you would expect Liverpool to constantly put the ball in their opponents’ net.

With Liverpool seeing an average of 3.62 goals per game in the league, this also provides scope for Brighton to get in on the action. With The Reds not always being able to keep it tight at the back, it isn’t a rarity for their opponents to take a chance and have a say in the game. With the Brighton squad consisting of a great amount of talent, I wouldn’t put it past them to nick a goal, which would contribute nicely to this selection.

In the depths of the fun that Liverpool can end up having on Saturday, there seems to be one man that seems to be in the middle of it all. Establishing himself as one of the best in the world, Mo Salah will undoubtedly be in the middle of all the action. With Liverpool looking to capitalise on Brighton’s poor form, I’m expecting the Egyptian to be the star man, and end up on the scoresheet.

Salah has managed to score 19 goals in his 25 league appearances this season, firmly establishing his quality as a proven goalscorer at the top level. Coming up against a team that is out of form, the chances of Salah increasing his goal tally seems like an event that is just waiting to happen, as he will thrive in a match where a large amount of chances will be generated for him.

With Salah scoring 0.79 goals per 90 minutes, this is an incredibly impressive record that underlines how dependent Liverpool are on him during fixtures. Being at the heart of Liverpool’s goals, Salah has proven to be a key driving force in their current campaign. With the Liverpool team believing that they can challenge City for the title, Salah’s form will only continue at a high level, as the standards that he has set for himself are pushing the rest of his team to produce vital results.

Averaging 4.21 shots per game, you wouldn’t need this stat to know that Salah is always shooting at goal with every chance that he gets. His dribbling and movement enables him to pop up in the right positions in order to test the keeper, which is an area of his game that opponents find it incredibly difficult to put a stop to. If Salah has this many shots per game, his quality will dictate that there will be a handful of opportunities that could cause a serious problem for the opposition, boosting his chances of getting on the scoresheet. With Salah averaging 1.71 shots on target per match, he is always in the thick of the action.

Poor Brighton form mixed with high Liverpool quality means that Liverpool will be on the front foot during the majority of the game, dominating the possession and constantly creating chances. Because this will place Brighton under pressure, I have no doubt that they will pick up a few yellow cards as they attempt to deal with this, with Tariq Lamptey being my choice to end up in the book.

Let’s face it, being the man to come up against Salah is no easy job. With Lamptey often being deployed as a left or right wing back, he’s going to have a busy afternoon running up and down the pitch. Because of Brighton’s dependency on Lamptey to advance up the pitch when in possession, this can cause issues for the youngster for when Liverpool win the ball back. Upon returning to his defensive position, this turn of play has a good chance of catching Lamptey out, forcing him to make a reckless foul to prevent a Liverpool attack when out of defensive position. Looking at Lamptey’s responsibilities in different phases of play, I wouldn’t put it past him to make a few cynical fouls, earning himself a booking.

Being booked in the reverse fixture earlier on this season, I believe that this situation will be replicated on Saturday, as despite Lamptey’s outstanding potential, there is a high chance of him being caught out by the incredible quality of this Liverpool side. With the 21-year-old committing an average of 1.77 fouls per game, I’m expecting him to be challenged by the Liverpool attackers, as his lack of experience against top quality teams can end up being his downfall when attempting to defend the world’s most in-form attackers.

With the amount of pressure being piled on Lamptey to deal with the Liverpool attack, I expect him to put a foot wrong on a couple of occasions, earning himself a yellow card.

Back the 9/1 Brighton v Liverpool Bet Builder below ⬇️

Sign up to Paddy Power and get a full refund if your first bet loses. Grab an account through the offer below and place £30 on the 9/1 Brighton v Liverpool Bet Builder. Here are the two possible outcomes:

How to watch Brighton v Liverpool in the Premier League