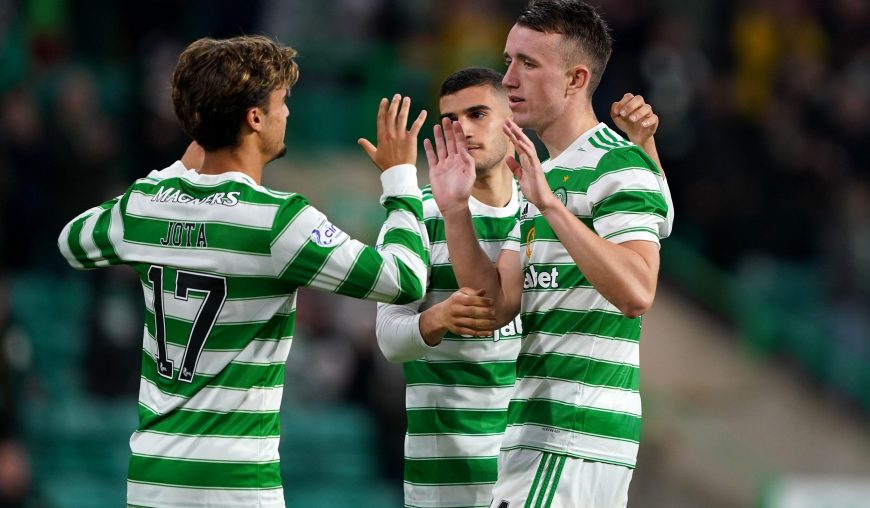 Whether you love or loathe the Europa Conference League, there is no denying it throws up some tremendous fixtures we wouldn’t see otherwise. The fixture on Thursday night at 20:00 could convert even the biggest deniers of the competition as Celtic welcome historic Norwegian champions Bodo/Glimt. The two managers for both sides are hot property right now and play some of the most pleasing attacking football I’ve seen in years in their respective countries. This should be an absolute classic on Thursday night, so I’ve selected my Top 3 Bet Builder Tips and a Cheat Sheet to clue you up for the match.

The appointment of Ange Postecoglou raised several eyebrows on both sides of aisle in Glasgow when he arrived from Yokohama F. Marinos in Japan last year. Those who questioned the Aussie’s appointment appeared to be vindicated when he won 3 and lost 3 in his first 6 league outings. Early signs indicated that bitter rivals Rangers would be walking to a consecutive league title under Steven Gerrard.

Fast forward to today, and there is no doubt that “Ange-ball” is a resounding success on the banks of The Clyde. Celtic are top of the Cinch Premiership via blowing away Gerrard-less Rangers 3-0, with a devastating first half performance on derby day. His team have won 9 games on the bounce and are unbeaten in 17 matches in all competitions. Their last loss came at the hands of Bayer Leverkusen in a 3-2 defeat which to their credit was against all the odds to be close. Fans have watched this success with a smile on their face as the football has been beautiful and the goals have been flowing.

Their major absence on Thursday will be star striker Kyogo Furuhashi who is a doubt until March. They are a hydra of Japanese talent at the moment and the cutting off of one star player is replaced by two more. The emergence of Reo Hatate who bagged a brace against Rangers and the introduction of the top scorer from the J-League Daizen Maeda, has been more than enough to fill in during his absence.

Their guests on Thursday are the Norwegian parallels of the famous Leicester title win. Bodo/Glimt made international news headlines in 2020 when they clinched their first ever league title in their 104-year history. If it was their first ever title it would be incredible enough, but they are the 2nd most Northerly team in Norway which essentially puts their home ground in the Arctic Circle. Their stadium barely houses 6 thousand supporters, and their club was only promoted in 2017, which arguably makes their win more odds-defying than the more familiar Leicester.

A good share of the credit must be attributed to the caretaker of Bodo/Glimt, Kjetil Knutsen who had never managed in the top-flight before 2018. His incredible feat appears to not be a fluke either, they pipped Molde to the championship for the second year running. Europe’s big fish are monitoring the promising manager’s progress in Norway, similar to his opponent tomorrow night. Technically, they’re on a 26-game unbeaten streak in all competitions but it must be noted that their season ended in December to accommodate the Winter break. Their sharpness could prove a fatal issue for them but its important to remember their 6-1 win v Roma in the same competition before counting the underdogs out.

In Furuhashi’s absence, the recently acquired Daizen Maeda will be the most likely candidate to replace his compatriot. He had a slow start to his Celtic career and missed the derby game with a knock but will be looking to have a consistent run of form in the team. He’s been more convincing in recent weeks and has a decent return for The Hoops since joining the fold properly with 3 goals in his last 6 games.

Celtic have only failed to score in 1 of their home games this season so there will almost certainly be a scorer for the home fans at Parkhead. Their desire for goals this season is also viewable by the fact they are the 2nd most likely team to witness over 2.5 goals at either end this season in the Cinch Premiership behind Ross County surprisingly. That combined with the fact they have the highest rate of clean sheets in the league suggests there will be multiple chances for the Japanese striker to contribute to the 3 or more goals.

On average, they score 2.19 goals per match have the highest number of goals in the league with 57. Lining up with the forward will be prolific assisters Rogic, Abada, and Jota with 9, 8, and 7 assists respectively. His shooting stats are a bit underwhelming, but he’s only played four games in the league this season. He’s managed 2.36 shots per game and 0.67 on target in his limited appearances. However, his goals per 90 minutes ratio in the league is far more impressive considering he’s putting away 0.67 goals per 90 minutes played. I’m expecting the Japanese forward to make a statement tomorrow night in what promises to be an end-to-end open attacking game. All the circumstances are in his favour to find the back of the net and he’s available to deliver the goods at odds 2.4.

I’ll be attending the game at Parkhead on Thursday, let me tell you there are few football experiences like a European night in front of a Celtic home support. They are one of the best teams left in the Conference League and are a potential dark horse in the competition. There’s shades of Arsene Wenger joining Arsenal from Nagoya Grampus Eight in Japan about Postecoglu’s journey to Celtic and this includes the ‘Invincibles’ run he enjoyed once the team were settled. Ange appears to have only taken half a season to imprint his style compared to Arsene’s Arsenal timeline, and at this point in time Celtic look unbeatable.

As mentioned previously, Celtic have won their last 9 games and are unbeaten in their last 17. The 17-game unbeaten streak started after a 3-2 loss to Bayer Leverkusen in November. Interestingly, prior to the Leverkusen game in November they had been on a 9-game unbeaten streak that was started after a 4-0 loss again to Leverkusen! This shows that Celtic can put away almost every team in front of them apart from the very elite outfits. Without Leverkusen, they would be on a 29-game unbeaten streak! They’re coming up against an objectively worse side player for player, who haven’t played competitive league football since December. It will be an exciting game, but Celtic will have the edge here and are available for odds of 1.36.

It’s difficult for Celtic fans to see loan players come and go that burn so bright in their time at Parkhead. Patrick Roberts was a great example of a player that should have made his loan move permanent and now plies his trade for League 1 Sunderland in what appears to be last chance saloon for the English winger. The trajectory of his career nosedived after his departure from Paradise in 2018 and now serves as a cautionary tale for loanees that aren’t finished developing at a stable club.

Jota had seen very limited opportunities at his parent club Benfica, which prompted an unremarkable loan move to Real Valladolid last season. He’s now taken up temporary residency in the East end of Glasgow for the season and is in the form of his life. The formerly highly tipped youngster has been highly productive this season, he’s scored 10 goals and provided 7 assists this season from 24 games in the league. This has translated into 0.49 goals per 90 minutes which is a career best for the young forward.

He’s coming into this Conference League clash on fine form. He picked up a man of the match award in his last match against Aberdeen. Celtic managed a 3-2 victory against The Dons which was made possible by Jota’s contributions of 2 goals. As per the Cheat Sheet, he has the highest rate of shots on target in the Celtic side with 1.5 hitting the target per game. For young budding talent, Parkhead seems to be a hospitable greenhouse and the club and fans will hope that Jota is made a permanent fixture. He’s a solid candidate to get on the scoresheet in a free-scoring Celtic side available for odds of 2.8.

Back the 5/1 Celtic v Bodo/Glimt Bet Builder below ⬇️

Sign up to Paddy Power and get a full refund if your first bet loses. Grab an account through the offer below and place £30 on the 5/1 Celtic v Bodo/Glimt Bet Builder. Here are the two possible outcomes:

How to watch Celtic v Bodo/Glimt in the Conference League