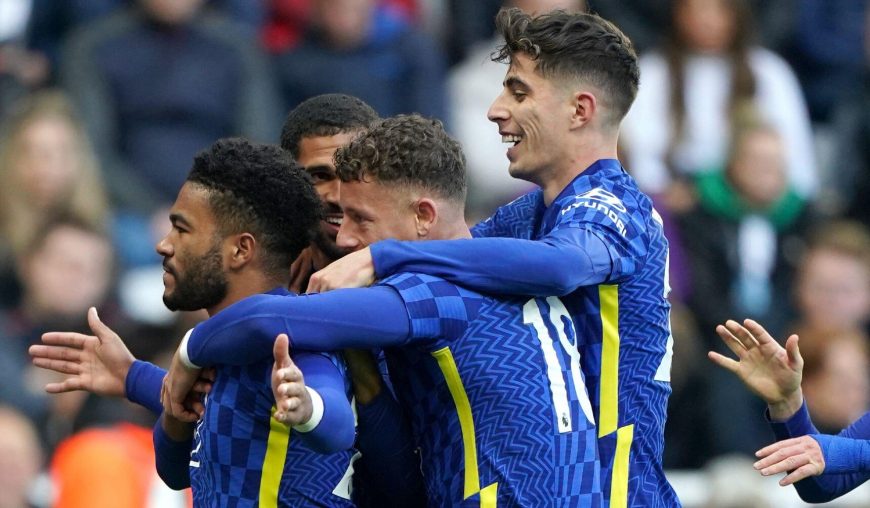 An under-pressure Frank Lampard faces his old club as Everton host Chelsea at Goodison Park on Sunday afternoon. The ex-Chelsea manager and midfielder will look to get the better of his Chelsea successor to help steer the Toffees away from the relegation zone, but it will be no easy task for Everton up against Thomas Tuchel’s Chelsea. Additional pressure could also be piled on the hosts if Burnley manage to get a result against Watford on Saturday, which could mean Everton are 5 points behind them before any football is even played and will truly be fighting for their life to stay in the Premier League.

Last time out for Chelsea, Marcos Alonso’s stunning strike was cancelled out minutes later by Ronaldo and left the Blues frustrated with a draw in a game which they completed dominated from start to finish. Tuchel’s side haven’t quite secured their 3rd place finish but a trip to relegation battlers may just be the boost that they need after Thursday’s game to regain some confidence.

Everton did well against their city rivals last time out before Andy Robertson managed to break the deadlock, and they won’t roll over easily to Chelsea either. Everton actually have a great record at home to Chelsea and are unbeaten in 4 home games against them so this might just be a bit tougher for Tuchel’s side than people think.

I am personally staying away from the result market in this one, but I do think this will be a low scoring affair at Goodison. Take a read of my Bet Builder as struggling Everton try to scramble away from the relegation zone and take a look at the Cheat Sheet below to help with your bets.

Everton to Receive the Most Cards

Everton go into this in a very dangerous league position and the threat of playing Championship football next season looms. The Everton players will be playing for their lives in this game, especially if results don’t go their way at the weekend so we could see a fierce performance from Everton as frustration is likely to get the better of them in front of 40,000 enraged Toffees.

Everton’s discipline has flown out of the window recently with 4 yellow cards in each of their last 2 games, with Dele Alli being booked from the bench in both games he looks to be one to keep an eye on for an in-play bet.

Everton have the 4th most yellow cards in the Premier League, averaging 2.18 per game and face Chelsea who sit all the way down in 14th for this stat, averaging only 1.6 per game. Chelsea have only picked up 1 booking in 3 of their last 4 games so Everton picking up more cards than them looks likely.

On top of this, Chelsea pick up the 5th most fouls conceded in the premier league with 10.94 so they could aggravate Everton who average 9.8 fouls per game. My thinking here is that Everton have much more to play for, so are more likely to receive cards from Kevin Friend.

Prediction: Everton to Receive the Most Cards

This might not be as straightforward as it may seem for Chelsea, Everton will likely sit back, time waste and try to keep them out for as long as possible so I don’t think this will be a goal fest. Even Liverpool failed to break the deadlock until an hour in and Chelsea haven’t been in high scoring form recently. Everton have also struggled in the goals department with only six goals in the last ten Premier League games.

In previous meetings, both teams have only scored in 3 from their last 10 meetings which also makes me think that this will be low scoring with only one team, if any, getting on the scoresheet. Everton have also only conceded 1 goal in their last 4 home games against Chelsea. However, the away side should have plenty of the ball with Everton having less than 37% of possession in their last 3 games which should give Everton little chances at Mendy’s goal.

Tuchel’s side have had a higher percentage of away clean sheets than anyone else in the league with 9 clean sheets from 17 games (53%). The away side have the 3rd best away record this campaign, only conceding 0.8 goals per game and they will be hopeful to keep another against Everton who have the 6th worst goalscoring record in the Premier League.

I wouldn’t rule out a stalemate at Goodison here, but I am going for both teams not to score in this Sunday afternoon match up.

Reece James to have 1+ Shot on Target

Reece James ran riot against Manchester United midweek with the Red Devils struggling to contain the Englishman. His display was a joy to watch, looking dangerous when attacking and tracking back to do his defensive duties too. This marked only his 3rd Premier League start since December due to injury problems, but it will be a huge boost to Chelsea to have him back as a regular. James has been one of Chelsea’s biggest threats attacks in the games he has played this season, with 5 goals and 6 assists to his name in just 17 starts.

At Old Trafford on Thursday, James registered 4 shots in total which emphasises Chelsea’s dominance in the game which could be replicated here if Everton sit back like they did against Liverpool. The wing back managed to hit the target once from his 4 efforts while also rattling the post from just inside the box which shows that he isn’t afraid to take a shot on himself.

40% of Chelsea’s attacks this season have come from down the right wing so James will see plenty of the ball running at Everton’s shaky defence who have conceded the 5th most goals this campaign. James should get plenty shooting opportunities with Everton facing 39% of their shots from outside the box where James is most prone to shoot from.

Everton face the 6th most shots on target per game in the Premier League with 4.84 and in the reverse fixture Chelsea had 10 shots on target as well as 10 shots off target. At evens, I think this is a nice selection to round off this bet builder due to the quality that Reece James brings to games.

Prediction: Reece James to have 1+ Shot on Target

Back the 5.71/1 Everton v Chelsea Bet Builder below ⬇️

Sign up to Paddy Power and get a full refund if your first bet loses. Grab an account through the offer below and place £30 on the 5.71/1 Everton v Chelsea Bet Builder. Here are the two possible outcomes:

How to watch Everton v Chelsea in the Premier League