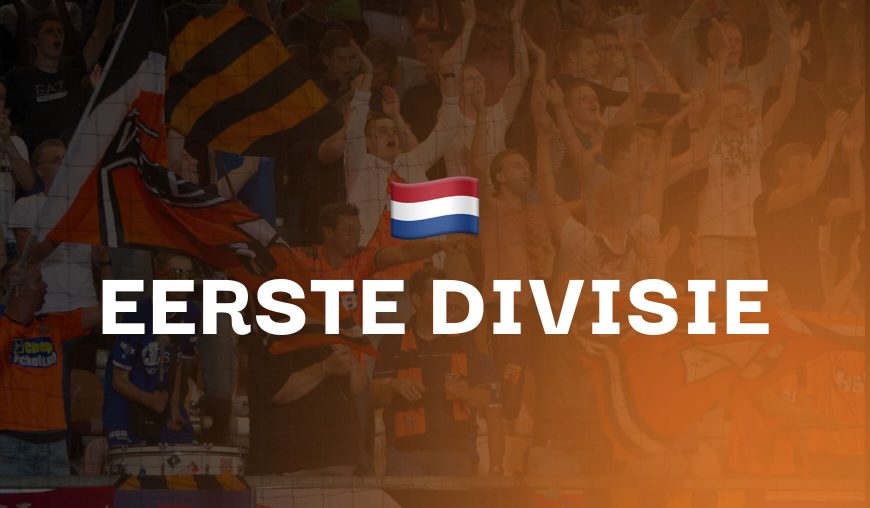 For the return of the promotion/relegation play-offs, FC Eindhoven will have the chance to qualify for the next round in their own stadium. In the first leg on Tuesday, they mostly dominated the first half and showed that they were superior in quality, but that changed in the second half. De Graafschap increased the intensity, equalised the game from another penalty and the 1-1 was a fair result of this game, but they also never managed to really put Eindhoven under pressure.

Eindhoven travelled back with a decent result in their pocket and are probably the favourite to go through to the semifinal. Their biggest trap may be the pressure. They are not a club that is used to being in the play-offs, as it’s been over five years since the last time they were there. It is not clear how they’ll deal with that pressure, but based on the first leg, I don’t see any reason to worry.

De Graafschap’s season was marred by internal problems, there were problems between players and manager Reinier Robbemond, but also with youth managers and the sporting director. Sacking Robbemond was the main step they took, but it didn’t come across as the logical step and the other issues don’t really seem to have been tackled.

With interim manager Jan Vreman they didn’t improve significantly, they look sluggish in possession and though their defence is a bit better, it is still also a worry for the away side. At the end of the day, I just don’t think they are good enough to really have a shout at the victory here. So I’d put my money on Eindhoven to take this tie before extra time.

If the first leg of this game was a taster of what we can expect for this game, Roda JC should be worried. The away side seemed paralysed by the occasion and were at times overrun by Excelsior, who took a deserved 2-0 lead. Roda, whose good possession based football had been their trademark during the season, were nowhere to be seen in the first hour. But they were lucky that Excelsior goalkeeper Stijn van Gassel didn’t have the best of days. Van Gassel looked out of position for the 2-1 and gave away a simple rebound for the 2-2. It didn’t inspire Roda to many great things in the last 20 minutes, but at least they were in the game and looked a lot less lacklustre towards the end.

Although the same could happen in the return in Kerkrade, I expect the opposite. I think Roda will come out with a completely different attitude. Excelsior’s weakness is at the back and Roda know that’s where they can hurt them, so I’d expect them to play with a fast-paced rhythm and with high pressure from the start. Both Roda and Excelsior seem to be complete for this game, and I think that will make Roda the favourite to make the semifinal. But more than that, I expect this to be an open game with lots of chances and probably a decent amount of goals.

Sign up to Betfair and get a full refund if your first bet loses. Grab an account through the offer below and place £20 on the 3/2 Eerste Divisie Best Bets Double. Here are the two possible outcomes: