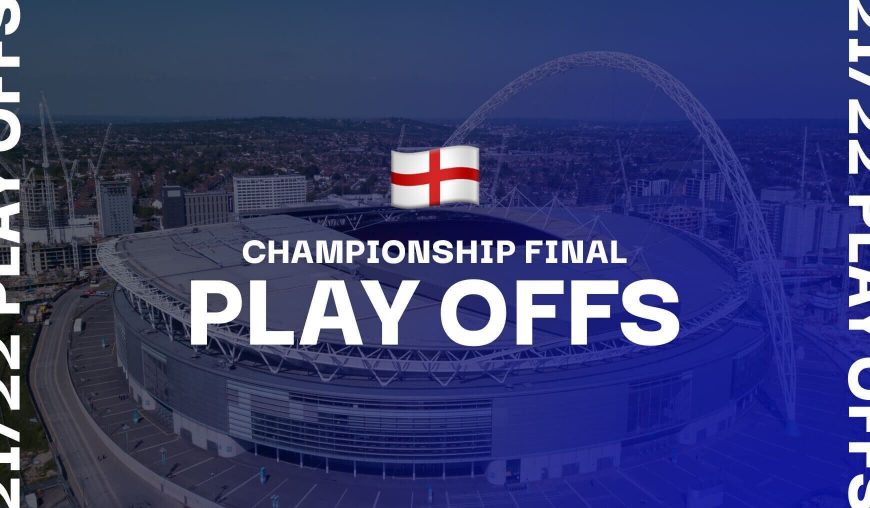 The biggest financial boost in football awaits either Huddersfield Town or Nottingham Forest on Sunday. The pressure that comes along with it though will affect the football that we are likely to see at Wembley. To get you clued up for Friday’s action, I’ve selected my top 3 Bet Builder Tips and a Cheat Sheet.

Both teams have been surprise packages this season under their respective managers Carlos Corberan and Steve Cooper. Considering they finished 20th and 17th last season, it’s likely that even the appointed caretakers are surprised to be within touching distance of the top division.

Huddersfield fans will easily remember their stint in The Premier League which was only 3 years ago. However, Forest fans have had their patience tested with a 23-year absence from top flight football. The former European champions will surely fancy their chances to return next season and will enter as the favourites on Sunday.

It has been a while since we have seen a playoff match that has seen a lot of chances and goals. The 2011 final between Swansea and Reading finished 4-2, but since then no playoff final has gone over 3.5 goals and 6/10 have been under 2.5 goals. There is no doubt that the pressure is real and game state plays a huge part in how these occasions play out.

Both teams are going to play a 3 central defender formation. This leaves man-for-man battles in the wingback positions. Often these players will cancel each other out but in this match it will be a battle of the two sides’ more advanced wingbacks against each other with Harry Toffolo of Huddersfield up against Djed Spence of Forest. With both looking to contribute more in the attacking third we may well see the wide centre back from each side, Joe Worrall and Tom Lees respectively having to cover wide.

Huddersfield will have two central midfielders in Jon Russell and Lewis O’Brien. Forest will match up with James Garner and Ryan Yates, but potentially have the ace in the hole with Philip Zinckernagel playing just in front and being able to drop in to outnumber the Terriers in there. Huddersfield may have to end up dropping either Danel Sinani or Duane Holmes, or both, deeper to gain more control of the match.

Ideally both sides would like to counter attack the other but both are flexible. The threat of Brennan Johnson’s out-and-out pace is the #1 weapon on the pitch across both sides. It is unlikely that Corberan will trust a particularly high line against the Forest flyer. Therefore I see two sides who are technically happy to hold possession but don’t want to commit too heavily for threat of the counter-attack. Both will likely leave central reinforcements to play it safe.

All of this leans somewhat into a cagey game and this is why I like the chances of Under 2.5 goals. Along with the historical data of play off finals, the two league matches between the clubs ended 0-2 and 0-1 and the way I expect the match to be played all supports this wager at odds of 1.57.

With the suggested nature of the match being short on clear cut chances in open play, the premium on set pieces could be very high. Huddersfield’s best taker of set pieces is definitely Sorba Thomas but the Welshman is unlikely to start, so I would  be wary of his assist prices, but Danel Sinani is a very capable taker as well.

Both sides are comfortable and highly competent in possession and, depending on game state, I expect a fairly even share of possession and territory. Therefore, Huddersfield should get a decent number of corners and free-kicks, and their targets would be, principally, Jon Russell, Levi Colwill, and Tom Lees. Of these, Tom Lees is the longest price for a shot. Lees did have a shot in the playoff semifinal and in the last game of the season too. He also scored against Forest in the league so has form there and I’m sure he will have at least 4 or 5 deliveries aimed in his direction. He’s available for odds of 2.3 to have a pop.

Prediction: Tom Lees to have 1+ Shots

The final part to this bet builder comes in the form of bookings. The historical data is very in and out in terms of playoff final bookings. There is often a run of very few bookings followed by a run of over 4.5, there were three plus a red last year, three in regular time in 2020 and five in 2019.

Jonathan Moss will be the official in the middle, and it is scheduled to be his last ever game as a referee. He averages 2.32 yellow cards per match in the Premier League, and can he really be bothered with the paperwork on his last day?? In all seriousness, looking at all matches between the two clubs this season there were only 1, 3 and 3 yellow cards given out in those matches. Of course, tensions will be high and an early rash tackle could set the tone if a yellow is given, but this could be a case of keeping shape rather than chasing around and getting involved in one v one duels, lessening the chances of rash challenges. Under 4.5 yellow cards could be a touch of value given a slightly higher line than usual has been priced up at 1.53.

Back the 5/1 Huddersfield v Nottingham Forest Bet Builder below ⬇️

Sign up to Paddy Power and get a full refund if your first bet loses. Grab an account through the offer below and place £30 on the 5/1 Huddersfield v Nottingham Forest Bet Builder. Here are the two possible outcomes: