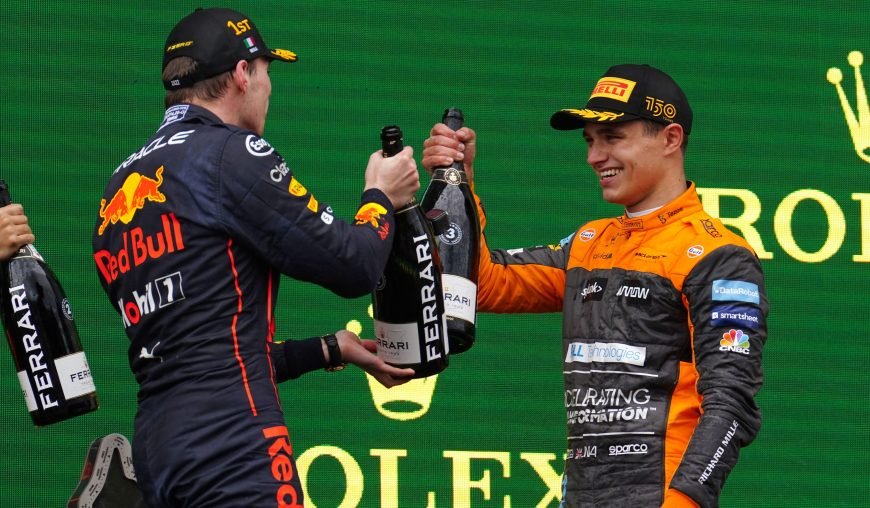 Formula 1 and Miami seem made for each other. Both conjure images of glamorous people, big parties and—most importantly—fast cars. With that in mind, it might seem surprising that it took 73 Formula 1 seasons before the series touched down a bit north of South Beach, but it almost happened much earlier.

The first United States Grand Prix that was part of the F1 world championship was actually held in Florida way back in 1959, about three hours up the road from Miami at Sebring. After drawing a sparse crowd, it moved to Riverside, California the following year, which wasn’t much of an improvement. The promoter came close to moving it back east to Miami for 1961, but instead chose Watkins Glen in upstate New York, where the race remained for two decades.

Now, of course, the Circuit of the Americas in Austin, Texas is home to the US Grand Prix. But with Liberty Media’s desire to expand the sport’s following Stateside and the COVID-19 pandemic seemingly doing away for good with the limit of one grand prix per country (which, admittedly, was often winked at in the past), the F1 traveling circus has finally arrived in Vice City.

The circuit is brand new, built around the Miami Dolphins’ Hard Rock Stadium, and the drivers say it is slippery off the racing line (not unusual for a new track). With limited grip exacerbated by overnight rain and tight barriers punishing even small mistakes, there is real potential for chaos on Sunday. Entertaining for fans, but maybe not so much for bettors, although crashes and safety cars do provide opportunities for long shots to steal a few points or even a podium finish.

The Miami Grand Prix takes place on Sunday 8th May

With a new, untested circuit, there might be temptation to pick an unexpected winner, but the results of the past two seasons do not bear that theory out. The four races with winners that could be classified as surprises in 2020 and 2021 all came at established tracks that have been part of the championship for years: Pierre Gasly and Daniel Ricciardo back-to-back at Monza, Sergio Perez in 2020 at Sakhir (although on a different track configuration than usual) and Esteban Ocon last season at the Hungaroring.

At the new additions to the calendar—Mugello, Portimao, Losail and Jeddah—the favourites (and particularly Lewis Hamilton) tended to clean up.

Of course, Hamilton isn’t the favourite in Miami, with Mercedes getting off to a slow start this season. Three of the four races so far have been won by the driver starting from pole position, including two by Ferrari’s Charles Leclerc, who will line up first again on Sunday afternoon. With his teammate, Carlos Sainz, starting alongside him on the front row, there is a good chance Leclerc gets through Turn 1 in first place.

But with a couple long straights, overtaking shouldn’t be too much of a problem in Miami and Max Verstappen will line his Red Bull up just behind the two Ferraris after a disappointing end to his qualifying session. The defending world champion has won both races he has finished this year, but Red Bull have also been plagued by reliability issues.

After managing just five full-speed laps during Friday practice, which Verstappen said contributed to his sub-par qualifying, the questions around Red Bull’s reliability clearly have not been answered. If the car can last 57 laps, though, the Dutchman is unquestionably the man to beat. The Bulls are faster in a straight line and Verstappen’s aggressive race craft makes him the pick to win in the Sunshine State.

Three of the four races this season have had a podium finisher from a team other than the two favourites, Red Bull and Ferrari: Hamilton took advantage of Red Bull’s misfortune in Bahrain, George Russell got lucky with the timing of a safety car in Australia and Lando Norris helped himself to a third place finish last time out, at Imola, when the Ferraris suffered their own misadventures.

As discussed above, the potential for disorder in Miami is high. The safety car, which you can also bet on if you want, is a heavy 1/7 favorite to make one or more appearances. The key is to figure out who will be in position to capitalize on it when it happens.

Alfa Romeo’s Valtteri Bottas and Hamilton both had decent qualifying performances, slotting in right behind the Ferraris and Red Bulls, and either one would be a decent pick. However, McLaren’s Norris represents a better value to repeat his podium showing of two weeks ago.

The 22-year-old Brit made a small mistake in qualifying that he said probably cost him two grid spots. Norris’s results have also shown steady improvement over the course of the season thus far. Of course, that trajectory can’t continue forever, but if the front runners start playing bumper cars or when the safety car makes its inevitable appearance, Norris is a decent bet to take advantage.

Verstappen and Leclerc won’t win every race this season. And when both do falter in the same race, the logical next men up are their teammates: Sergio Perez and Carlos Sainz.

Sainz has the upper hand in Miami, starting in second place, alongside Verstappen. Perez, meanwhile, qualified fourth and will start directly behind the Spaniard. Sainz is in the eighth year of an F1 career that has taken him from Toro Rosso to Renault to McLaren and now Ferrari. But that steady progression up the grid has yet to result in a race victory (although he does have eight podium finishes, including two this season).

Perez, on the other hand, is a two-time grand prix winner, but it took him until his 10th season, with his F1 career seemingly on life support, to score that first win. It did revive his career, though, propelling him into the second Red Bull seat last year, where he promptly took another win in Azerbaijan. Perez arrives in Miami riding high on back-to-back second-place finishes and only five points adrift of Verstappen for second in the Drivers’ Championship.

Although Sainz starts two spots ahead of Perez, the Mexican offers a better value if you are looking for a long shot winner in Miami.

Podium Finish: Lando Norris to Finish on the Podium

Sign up to Paddy Power and get a full refund if your first bet loses. Grab an account through the offer below and place up to £30 on the Miami Grand Prix. Here are the possible outcomes if you took the higher odds bet at 16/1:

How to watch The Miami Grand Prix