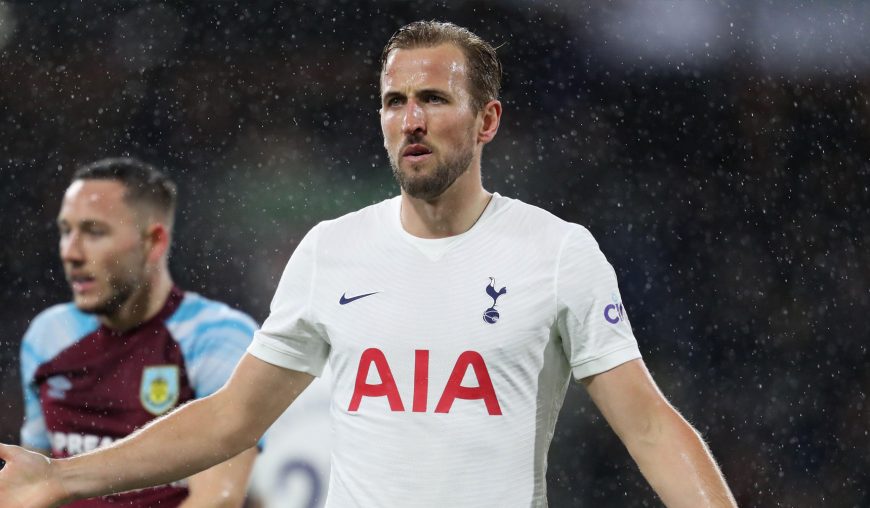 With 8 Fifth Round FA Cup games taking place this midweek there is a lot of great fixtures coming up in the schedule. One of which is Tuesday night’s match between Championship Middlesbrough and Premier League Tottenham. With this game being shown on BBC One and this competition offering Tottenham their only chance to end their 13-year trophy hiatus, I thought I would have a look through the stats and piece together my top 3 Bet Builder tips along with a pre-match cheat sheet and predicted line-ups to help with anyone looking to place a bet on Tuesday nights action.

Middlesbrough will be hoping their impressive FA Cup run will continue by securing victory over another Premier League team on Tuesday. Chris Wilder’s men have already beaten Manchester United in this competition this season and victory over another team competing for a European place would surely be a stretch too far for the Boro. However, fans of the underdogs will be spurred on by the impressive home form of their team in this competition, as Middlesbrough have not lost a home tie since January 2018 and are on a 7-game win streak at the Riverside.

Unfortunately, Middlesbrough were second best for long stages of the previous round against Man United and it would be fair to say the leveller from Matt Crooks was controversial, with Duncan Watmore appearing to have handled the ball in the buildup. Similarly, Chris Wilder’s side will enter this game following a shock 3-2 defeat to struggling Barnsley in the Championship on Saturday. If Middlesbrough wants to add another Premier League scalp to their collection they will need to improve on these performances.

Tottenham have had a mixed few weeks since they overcame Brighton 3-1 in the last round. Following up an incredible victory against Man City, where Harry Kane scored in the last minute of added time, with a humbling loss to relegation battling Burnley. Fortunately for Spurs, they managed to return to winning ways by beating Leeds 4-0 at the weekend, with what turned out to be Marcelo Bielsa’s final game.

Tottenham have won the FA Cup on eight previous occasions, but with the team not having managed to win a major trophy since lifting the League Cup in 2008, Antonio Conte will be desperate to progress through to the quarterfinal.

Despite Middlesbrough’s impressive cup run so far, I think it is likely to end here with Tottenham progressing through to the quarterfinals. This is because, although Tottenham are focused predominantly on their efforts to finish in the final Champions League place this season, I think it’s unlikely they will pass up the opportunity to try and lift silverware and will put out a strong side for this fixture. Especially with Middlesbrough having already beaten two Premier League sides Conte will not underestimate this team.

Equally, Boro comes into this game on a poor run of form, having lost 2 winnable games this month, they now sit 8th in the Championship. Middlesbrough have also conceded first in 5 of their last 6 games and have failed to keep a clean sheet in 10 of their last 11. Despite still managing to pick up points in many of these games, if they continue to concede the increase in quality from Championship level to a team that frequently competes in Europe is likely to be too great. Therefore, I am backing Tottenham to win at 1.67 on Paddy Power.

Although I believe Tottenham will put out a strong side for this fixture it is often difficult to predict Tottenham’s front three. With strong players in all of Antonio Conte’s attacking positions, he may look to incorporate underutilised players like Steven Bergwijn in this game. However, with Bergwijn having started only 4 games this season and the injury to Lucas Moura, who is expected not to be available for the contest, having missed out on Saturday’s match against Leeds due to a knock that he picked up in training, I expect Conte to play a front three of Harry Kane, Son and Dejan Kulusevski.

If Conte does play this attacking trio then it would be smart to investigate Harry Kane scoring anytime, but with that selection being priced at only 1.73 on Paddy Power, I’m going to suggest a slightly more outside pick to make the most of the odds available.

Kulusevski despite still settling in in England, having only arrived in January, has performed very well thus far. Scoring twice and assisting once in just 3 starts in the league. As you can see from the cheat sheet Kulusevski has often been heavily involved in these fixtures taking just over 2 and a half shots per game, the second-most in his team. This fixture offers Kulusevski a chance to get his first taste of real competitive action in the FA Cup, having only played 22 minutes in the last round, and I expect him to take it.

Kulusevski to score anytime is priced at a healthy 3.3 on Paddy Power and with his recent performances, if Conte does start him there is a strong possibility, he will find the net.

Matt Crooks to be Shown a Card

Crooks’ heroics in the last round of this competition may have helped his team progress, but in this round, I think he is likely to pick up a booking.

Crooks’ has been a staple of Middlesbrough’s midfield this season playing and starting in 30 of their 33 games and as you can see by the cheat sheet, he has also been one of their worse disciplined players. Crooks has been shown 9 yellow cards in the league, picking up 3 in his last 6 and averaging 1.82 fouls in the process.

He will also likely face up against Tottenham players who not only are stronger than his regular championship opposition but draw more fouls. Crooks usually operates on the right side of 3 central midfielders meaning he will likely come into contact with one of Son, Moura or Bergwijn. Two of which average an extremely high number of fouls, with Moura averaging 2.68 and Bergwijn 2.31. Equally, despite not featuring on the pre-match cheat sheet Son still averages 1.22 fouls per game and if he does start will still pose problems for Crooks.

With Tottenham enjoying free-flowing counterattacking football and Crooks likely being tasked to break up the play I expect him to be shown a card, priced at 4.33 on Paddy Power.

Prediction: Matt Crooks to be Shown a Card

Back the 17.31/1 Middlesbrough v Tottenham Bet Builder below ⬇️

Sign up to Paddy Power and get a full refund if your first bet loses. Grab an account through the offer below and place £30 on the 17.31/1 Middlesbrough v Tottenham Bet Builder. Here are the two possible outcomes:

How to watch Middlesbrough v Tottenham in the FA Cup