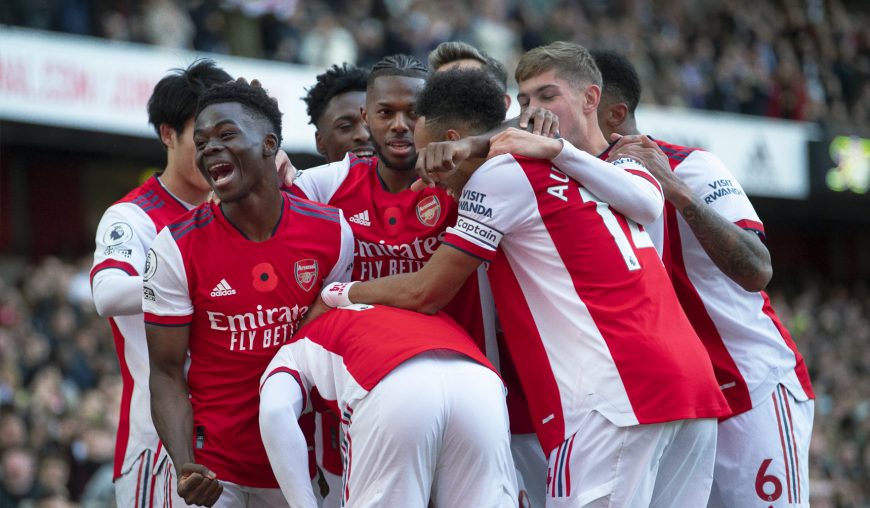 We came very close last week as 4/5 of my Premier League tips landed with just West Ham letting us down as they rather surprisingly failed to get a result against Wolves. We go again this weekend though and hopefully can go that one better!

Some cracking fixtures on both Saturday and Sunday this weekend I have been balls-deep in research to put together my 5 best betting tips and predictions for the weekend. They will be listed below alongside my thoughts and research behind each selection.

Arsenal were well beaten at Anfield last weekend (aren’t they always?) and it may have reminded many Gooners how far their club still remain behind the top clubs in England. The top 3 are outrageously good and then it is a battle between maybe 4/5 clubs to see who can finish in that cherished 4th position. Arsenal are certainly involved in that battle for 4th and all things considered I am have been relatively impressed by the Gunners this season.

They host Newcastle in the first Premier League game of the weekend in the lunchtime KO on Saturday afternoon. The Magpies despite the takeover haven’t really improved all that much and still remain bottom of the league going into the weekend, 5 points from safety. They are actually the only side in the English top 4 leagues who are yet to register a win yet this season. Other than Granit Xhaka Arsenal have a full strength squad and I fancy them to return to winning ways here.

We start at Anfield as we head into the 3pm KO’s and it is impossible not to fancy Liverpool at the moment the way they are playing. A 4-0 walloping of Arsenal last weekend was followed up by a routine 2-0 win over Porto despite Jurgen Klopp making a number of changes. Five wins from five in a very tough Champions League group and sitting 3rd in the league, just 4 points off top represents a very fine start to the season.

Southampton had put together back-to-back wins prior to the international break but will be bitterly disappointed to have lost 2-1 away at Norwich last weekend. Liverpool rotates heavily in midweek meaning a number of the starting 11 coming in on Saturday afternoon should be relatively fresh. Expect the hosts to register another comprehensive victory at Anfield.

What a revelation Patrick Vieira and his Crystal Palace side have been in the Premier League this season. The Frenchmen took over from the long-serving Roy Hodgson in the summer and the way he has transformed the style of play at the club has been nothing short of revulationary. Other than Nathan Ferguson and James McArthur he has a fully-fit squad to choose from. Expect to see the fantastic front three of Zaha, Benteke and Edouard lining up in this one which will no doubt cause Villa all sorts of problems.

As for Villa, well they made the perfect start under Steven Gerrard and put in a decent showing in the 2-0 win over Brighton last weekend. They will fancy themselves to get a result once again on Saturday afternoon. The likes of Ings, Watkins, Bailey and Buendia are all fit for the visitors and they will cause Palace some issues. Like goals in this one given the attacking players on show and both sides have been very consistent in the over 1.5 goals market this season. 92% of Palace games and 83% of Villa games have featured over 1.5 goals and I strongly fancy this one to follow suit.

We move onto Sunday’s fixtures now and start proceedings at the The King Power Leicester host Watford in the early kick-off. Leicester returned to winning ways on Thursday night with an impressive 3-1 win over Legia Warsaw in the Europa League and it was very much more like it from the Foxes. That put them top of their group and qualification is all but secure into the knockout stages of the Europa League.

Things aren’t quite so rosy domestically but I do expect that to change given the quality of both their manager and the squad and the win on Thursday will have given them a massive boost. They face Watford on Sunday who will likely be buoyant following their 4-1 over Man United last weekend. They are however pretty horrific defensively and alongside bottom of the league Newcastle are the only side in the division who are yet to keep a clean sheet this season.

I fancy the Foxes to win in all honesty but given the confidence, Watford will have following the win over United last weekend I thought I would play it slightly safer with the win either half selection. Fancy the Foxes to be able to at the very least win a half against the Hornets for us on Sunday.

Prediction: Leicester to Win Either Half

We round the acca off with the big one at Stamford Bridge on Sunday afternoon where league leaders Chelsea host managerless Manchester United. Chelsea are absolutely flying and come into this one on the back of a 4-0 midweek win in the Champions League over Italian giants Juventus which shows the kind of form they are in.

United are on the verge of hiring German manager Ralf Rangnick on an interim basis until the end of the season which on the face of it looks a smart appointment. However, work permit issues mean he won’t be available on the touchline for this one so Michael Carrick will be on the touchline once more. Should be an entertaining game but Chelsea are just too good right now and I fancy them to see off United to hopefully bring home a winning Premier League accumulator!

Back my Premier League bets ⬇️

Sign up to Paddy Power and get a full refund if your first bet loses. Grab an account through the offer below and place £30 on my Top 5 Premier League Bets. Here are the two possible outcomes: