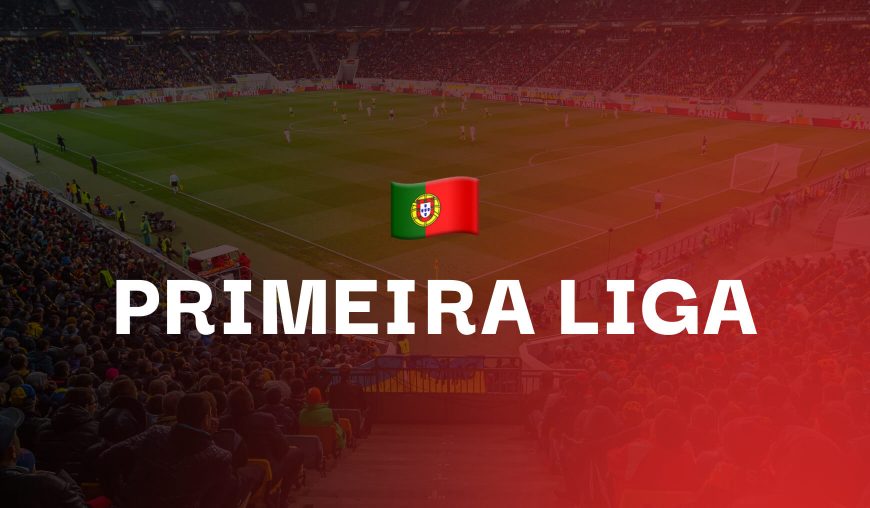 After drawing 1-1 at relegation battlers Tondela at the weekend, Vitória de Guimarães sit sixth in the Primeira Liga table, a finish that would secure them qualification to the Europa Conference League playoffs provided that Porto beat Tondela in the Taça de Portugal Final, with a six-point lead over Marítimo and Paços de Ferreira and a seven-point lead over Santa Clara and Estoril Praia. Pepa led the Beavers to fifth place before leaving to take on the coaching job at Vitória in the summer, but both Paços and Santa Clara failed to advance to the Europa Conference League group stage with Tottenham and Partizan sending them packing.

Santa Clara took an early two-goal lead via January arrival Kyosuke Tagawa, with the Japanese striker scoring in the third straight match, but Marítimo grabbed a goal themselves in the 64th minute via Iranian striker Ali Alipour before equalizing via Brazilian right back Claudio Winck to a snatch a 2-2 draw in Ponta Delgada.

Vitória faced off against Santa Clara on December 17, with a first-half goal from Rui Costa giving the Azoreans a 1-0 victory. Since that defeat, Pepa’s side have been held scoreless on three occasions: a 1-0 loss to Belenenenses-SAD on February 13, a 3-0 loss to Benfica on February 27, and a 1-0 loss to Benfica on April 10. Santa Clara, on the other hand, have only blanked in back to-back 0-0 draws to Braga and Belenenses-SAD before losing 3-0 in the following match on April 4 at the Estádio de Dragão.

Since then, Santa Clara have beaten Estoril 2-0, drawn 1-1 to Arouca and 2-2 to Marítimo and in a match between two sides who have already secured their status in the top-flight, I’m expecting a goal-heavy shootout at the Estádio Dom Afonso Henriques. There isn’t as much between these two teams as the seven point difference would suggest, and whilst I think Tagawa will be a nuisance against Vitória’s defensive pairing of Abdul Mumin and Toni Borevković, I’m backing his Colombian counterpart to get on the scoring as well. Óscar Estupiñán has scored 12 goals in 25 matches but was held without a goal vs. Porto and Tondela, and ahead of a summer that will see him depart on a free transfer, he’ll be looking to get back into top form and attract more potential suitors.

Despite selling various key players such as Alberth Elis, Ricardo Mangas and Paulinho in the summer, Boavista have practically sealed their status in the top-flight for next season thanks in large part to the partnership of Gustavo Sauer (6 goals and 6 assists in 26 appearances) and Petar Musa (11 goals and 4 assists). Sauer opened the scoring from the penalty spot early on in a 2-1 win against Famalicão whilst Musa added another before halftime, only for the Brazilian to pick up his marching orders and miss the following match, a 1-0 win to Arouca. Shortly after that match, Sauer was sold to newly promoted Brazilian side Botafogo.

Since then, the Axadrezados have lost 4-0 to Marítimo and 3-0 to Sporting, but they’ll be hoping that Musa’s return from suspension provides a major boost for them going forward. The Croatian has been a revelation since joining on loan from Slavia Prague and is the subject of interest from Benfica, and he’ll be looking to pierce a Moreirense defense that has kept just one clean sheet since the start of the February.

Boavista have suffered a major loss in the creative department with the loss of Gustavo Sauer, but they’ll be looking to compensate by buckling down the hatches and shoring up the defense against a Moreirense side that is fighting for their life in the Primeira. Moreirense themselves are without defensive leader Artur Jorge and Brazilian winger Walterson due to suspension as well as Derik Lacerda. Moreirense’s only two victories since February 7 have seen Lacerda come off the bench and create both goals in back-to-back two-goal wins against Gil Vicente and Tondela.

The past five meetings between these two sides since the start of the 2019/20 season have seen less than 2.5 goals scored, and I’m backing this one to continue the pattern. Petit has often been marked as a defensive firebrand, and whilst he has shown that he can coach a free-flowing attack since taking charge of Boavista midway through the season, he’ll have other priorities after conceding seven goals in the past two matches. I’m expecting a better performance from the likes of Rodrigo Abascal, Jackson Porozo and Reggie Cannon at the back, and I’m expecting a Moreirense side that will be without Lacerda to fail to break down Boavista’s stubborn defense.

After a week that saw them crash out of the Taça de Portugal semi finals to Porto and lose their first league match since January, Sporting bounced back with a 3-0 victory against Boavista to move just six points behind Porto with three games left. They are clinging onto their hopes of retaining the title by a slim thread, and in order to keep hanging on, they’ll need to pick up another victory against Gil Vicente.

Since winning 1-0 at Braga on March 13 with a late goal from substitute Henrique Gomes, Gil Vicente’s magic carriage has turned into a pumpkin with Ricardo Soares’ side drawing 1-1 to Marítimo, losing back-to-back 2-1 games to Arouca and Moreirense, and drawing 2-2 to Famalicão and 1-1 to Paços de Ferreira. The Barcelos-based side have been a major threat against the nation’s top sides, drawing 1-1 to Porto and beating Benfica 2-1 in February. However, when they faced off against Sporting on December 11 at home, they were relegated to 10 men within 12 minutes after Kanya Fujimoto received his marching orders – Luís Neto would see red just 10 minutes later, but it didn’t stop Sporting from winning 3-0 via second-half goals from Nuno Santos, Gonçalo Inácio and Daniel Bragança.

Sporting have won five straight matches against the Gilistas, with five of their last six meetings producing over 2.5 goals. They are a safe bet to extend their winning streak with odds of 1.3, but with Fran Navarro and Samuel Lino impressing in the final third and Sporting’s defensive leader Sebastián Coates doubtful to play, I’m backing this one to be full of goals on both sides of the pitch.

After an impressive fifth-place finish, Paços de Ferreira endured a summer full of turmoil and outgoings, with various players such as Douglas Tanque, Luther Singh, Bruno Costa and eventually Stephen Eustáquio departing the club. The Beavers also lost manager Pepa to Vitória de Guimarães, who had finished 10 points behind them, and Pepa’s replacement Jorge Simão would last until mid-December before being sacked with the club 13th in the league and having failed to pick up a win in eight matches.

César Peixoto took the reins and guided them to a 1-0 win against Tondela in his first match in charge – Denílson opened the scoring in the 81st minute via the penalty spot whilst goalkeeper André Ferreira registered a whopping nine saves to keep Tondela at bay. Paços have won six matches since that win against Tondela, and four of those have come against relegation battlers Vizela, Belenenses-SAD, Arouca and Moreirense.

Tondela parted ways with manager Pako Ayestarán following a 4-0 defeat to Porto on March 13, with Nuno Campos taking charge and leading them to a 2-2 draw to Arouca followed by a 3-1 win over Marítimo and back-to-back defeats to Sporting and Moreirense. Whilst they did manage to secure an impressive 1-1 draw to Vitória at the weekend, they will be without Brazilian center forward Daniel Dos Anjos and Spanish midfielder Iker Undabarrena – Paços will be without teenage talent Matchoi Djaló.

Paços have won their past five fixtures against Tondela since the start of the 2019/20 season, but have little to play for with sixth place seemingly out of reach and relegation comfortably avoided. Tondela, on the other hand, are level on points with Moreirense, one point above Beleneneses-SAD, and one point away from safety.

Five of Tondela’s last six matches have seen both teams find the back of the net, and I’m expecting something similar at the Estádio da Mata Real. They have conceded 61 goals in 31 matches – eight more than the nearest competitor in Arouca – whilst Paços have kept just one clean sheet in their past five.

Sign up to Betfair and get a full refund if your first bet loses. Grab an account through the offer below and place £20 on the 8/1 Primeira Liga Best Bets Accumulator. Here are the two possible outcomes: