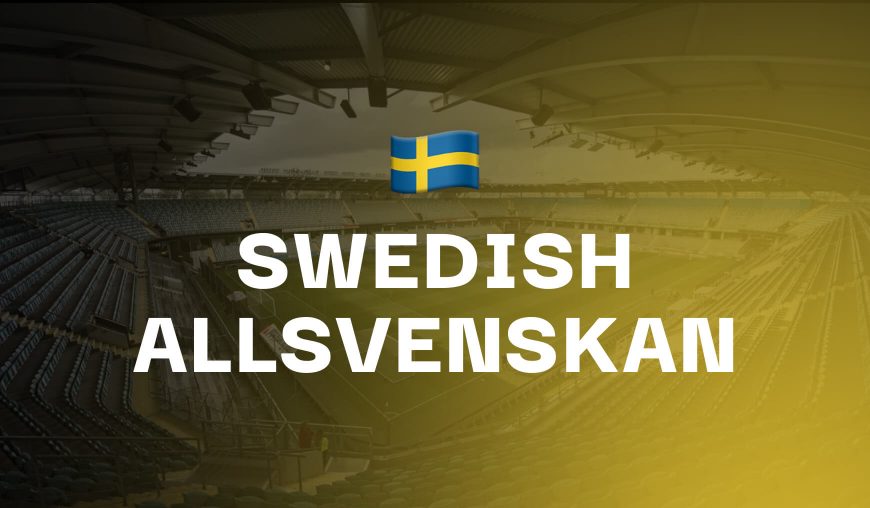 It is the Tvilling derby on Sunday afternoon in Allsvenskan in this all Stockholm battle between AIK and Djurgarden.  The fixture is one of the biggest games in Swedish football between two historical giants of the capital city.

AIK came close to the title last season but have made a mixed start to this campaign with two victories and two defeats from their last four games.  Both of these victories have come at home and both by the same 1-0 scoreline.

Djurgarden have made a solid start to their season taking seven points from their opening four fixtures.  Their two victories have come at home while on the road they have managed just one point.

The bet here is in backing both teams to find the back of the net in this fixture.  Three of four played by the visitors this season has seen both teams score.  They have six goals in total and an expected away goals average of 1.16.  The hosts have an expected home goals record of 1.62 and have managed to net in both home games.

It is seven goals conceded already for AIK and while they have kept clean sheets in both their home matches so far the visitors here carry for more threat than previous opponents Norrkoping and Varberg.  Joel Asoro has two in two for Djurgarden and the pace of the former Swansea man could cause problems for the hosts backline.

Although these games are historically tight and cautious sometimes an odd classic is thrown up such as the 4-1 back in August last season.  On that occasion the game saw two goals in the opening 25 minutes.

This Sunday afternoon game in Sweden features two sides who are only separated by four points in the league table.  These two sides are not local rivals but with just a few hours between Skane and Gothenburg this should be a well-supported passionate affair.

Helsingborg registered their first victory of the season with a 1-0 home success over Elfsborg in midweek thanks to a Taha Abdi Ali goal.  The victory for the Skåne outfit was on the fortunate side as they registered just five shots compared to the 17 that their opponents did on that day.

Hacken started the campaign well with two straight victories but lost a local derby 2-0 last weekend and then in midweek drew with Norrkoping.  They had took the lead through Evan Hovland before being pegged back 12 minutes later and the game finished all-square a result that the expected goals data suggests was correct.

The historical record between the teams also favours the visitors who now unbeaten in their last ten meetings with Helsingborg.  In terms of visits to this ground, they have won three of their last four.

It was an important three points for Helsingborg in midweek but the data suggests they were very fortunate and this kind of luck will not continue.  It is a surprise then to see the visitors available at 6/5 on the Betfair sportsbook to claim all three points here and that looks worth grabbing.

This Monday evening fixture while again not a local derby features two sides from two cities only a few hours apart.  The Malmo vs Gothenburg derby features the two most successful club sides in Swedish history with 40 league titles between them.  It is often referred to as the Mesta Mastarmotet’ which roughly translates as ‘Clash of the greatest Champions.’

Malmo have made a mixed start to their title defence with eight points from their opening four games with two victories and two draws.  Their most recent result was a goalless draw in midweek in Varnamo in a game that was not short on chances.  At home, they recently dispatched AIK 3-0 a side who many consider to be their closest rivals for the title.

Gothenburg have made an excellent start to the season with ten points from their opening four games.  Their most recent result was a 1-1 draw at home to Djurgarden while their last away match saw them win 1-0 at Varnamo.

The home side tend to be dominant when asked at their own ground and that was clear in the way they dismantled AIK 3-0 last time out here.  They were a goal ahead after just three minutes.  Although they are too short to be backed to win the fixture you can get a nice price on them to be ahead at half-time and then again at full-time.

In their last six league victories in front of their own fans Malmo have found themselves ahead early.  Similar to Man City in England, in some games they can break a team early and when they do they tend to go on and win the game comfortably.

The head-to-head record between these sides also supports this bet.  In three of their last four meetings between the duo have Malmo been ahead at half-time and then again at full-time.

Sign up to Betfair and get a full refund if your first bet loses. Grab an account through the offer below and place £20 on the 8/1 Swedish Allsvenskan Best Bets Treble. Here are the two possible outcomes: