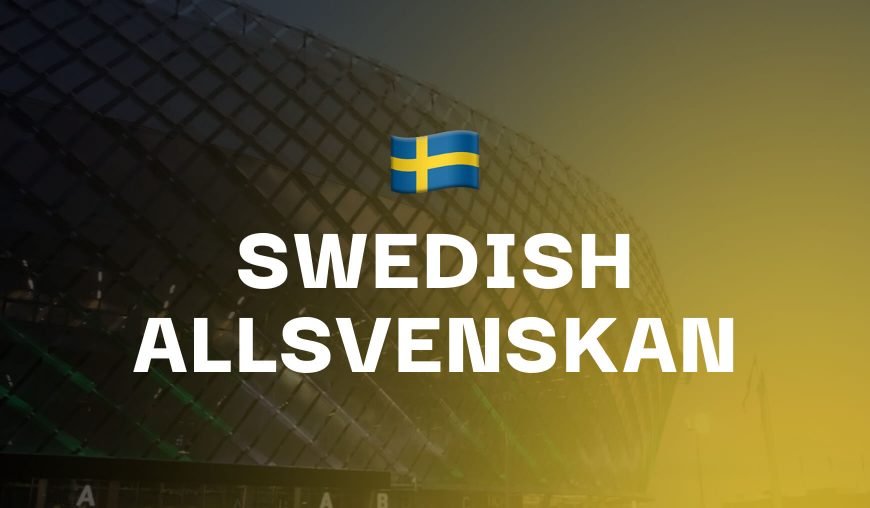 It has been a strong start to the Allsvenskan season for Mjallby who have taken ten points from their opening five games.  It is three victories, one draw and just one defeat from five for Andreas Brannstrom and his men.  This success has been built on the back of a solid defence that has conceded just two goals all season.  If just looking at home fixtures then they have not let a goal in.

Helsingborg made a slow start to the campaign with three defeats from their opening three games.  They have picked up though with four points from their last two matches all of which have come at home.  On the road, the Skane outfit played twice and lost both of these.

The best here is taking NO in the both teams to score market.  The hosts actually sit 16th and bottom of the expected goals market while the visitors are in 14th with both of them expected to be averaging under 0.66 goals per game.

Mjallby have seen one or both teams fail to score in all five of their league games this season.  Their last game ended in a goalless draw which shows they are also not producing in front of goal.

It is a total of just eight goals from five games for Helsingborg with them netting just three of these.  Three of their five games have seen one or both teams fail to find the back of the net.

The historical trends also help here with one or both teams failing to net in three of the last six Helsingborg visits to the Strandvallen.

When you have two teams struggling to create much then backing both teams not to score looks the sensible play.

Over 2.5 goals has not been a common feature of AIK matches so far but it looks like it could be worth taking here when they travel to GIF Sundsvall.

GIF Sundsvall have seen three of their five go over 2.5 goals and a total of 16 produced from their five matches.  They have only picked up three points which is a reflection of a defence that has shipped 11 times.  Going forward they have managed to net on four occasions and in both home games.

AIK have been involved in three 1-0 victories so they seem an unlikely team to be in an overs fixture.  These results have however come at their own ground with a different story on the road.  Their two away games have produced a total of nine goals with seven of them going to the opposition.

These sides have not met each other since 2019 but their last meeting on that occasion also went over 2.5 goals with AIK winning 2-1 at home while the game at Sundsvall ended in a 1-1 draw.

Both teams met in a friendly at AIK back in March and although it is hard to reach much into pre-season games due to changes in formation and tactics it was notable that the game also went over 2.5 goals.

Alexander Milosevic is a key absentee here when looking at goals with the influential AIK defender missing out here through suspension.  He is a leader of the back four and his absence will be felt.

All the signs point to this being a higher scorer game then the odds suggest so take the over 2.5 goals.

The biggest game of the weekend in Sweden comes on Monday evening as league leaders Hammarby entertain defending champions Malmo.  It promises to be a cracking atmosphere at the Tele2 Arena in Stockholm.

It has been a perfect start to the season for Hammarby five victories played and a maximum 15 points taken.  It seems illogical to try to take them on but that is exactly what we would recommend doing at this point.

Hammarby have had a kind start to the season having faced two promoted sides and three teams who finished in the bottom-half in 2021.  Now you can only beat what is in front of you but it seems too early to put the Stockholm outfit into the elite bracket.

Malmo are the dominant force in Swedish football winning six of the last nine Allsvenskan titles.  This season they have made a solid start to the campaign winning three and drawing two of their opening five.

It is a shock then to see the visitors as outsiders to win this fixture.  The head-to-head record shows that in the last two seasons they have lost just one of four meetings to Hammarby.  In addition, the Skane outfit are the defending champions while Hammarby finished fifth.

Away from home Malmo are strong losing just two of their last 15 winning six of the previous eight.  They have already managed a victory at Kalmar this year and away to Djurgarden in the Swedish Cup.

The head-to-head record also favours the road team who have lost just one of their last four against Hammarby.  They did lose here last season but the expected goals data suggests that the result was an unfortunate one for Malmo.

It has to be good betting value then when you can get the best team in Sweden in the draw no bet market at evens no matter who they are facing.  Hammarby are a good side, playing well, but Malmo are an established force and represent the value.

Sign up to Betfair and get a full refund if your first bet loses. Grab an account through the offer below and place £20 on the 11/2 Swedish Allsvenskan Best Bets Treble. Here are the two possible outcomes: