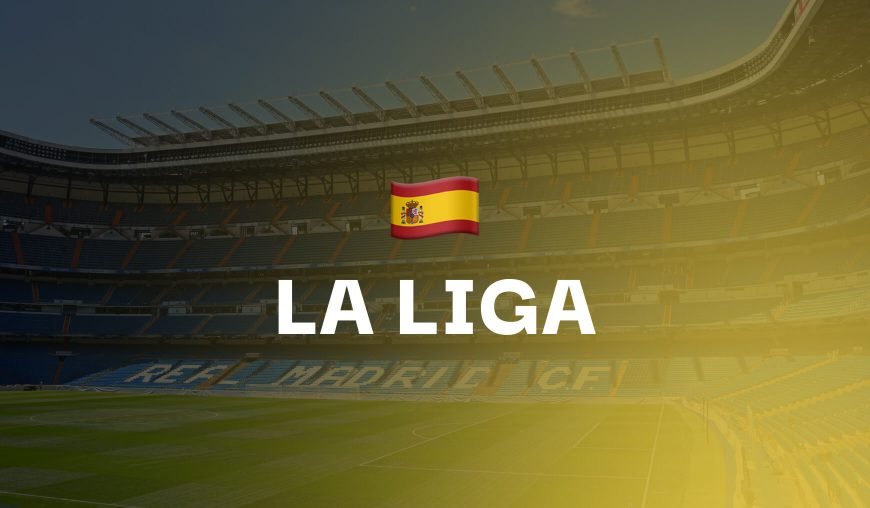 Both of these sides are safe heading into this tie, and it’s La Liga’s only game in this time slot on Sunday. However, it may not be one worth watching for neutrals.

Elche will be without top scorers Fidel Chaves and Lucas Boyé as both remain sidelined by fitness issues, with the latter likely having made his final appearance for the club. Following news that coach Francisco has extended his stay at the club, he will likely have to field Guido Carrillo again in attack, despite the 30-year-old forward averaging a goal every 548 minutes this season.

Getafe are unbeaten in five, but that run has averaged just 0.8 goals per game and will look to remain just as solid defensively if they are to take a result from the Estadio Martínez Valero. The goals have dried up in particular for Turkish striker Enes Ünal, who has not added to his 15-goal tally in any of the last five matches.

A game with few goals is on the cards in Elche, with neither team under any pressure to take risks and with neither of the two defensively-minded coaches boasting their best attackers in good form either.

Already relegated Alavés welcome a Cádiz side who could join them in Segunda next season. Currently in the bottom three, the away team’s form has been strong, with 16 points from their last 12 games putting them mid-table for form.

The home team have a strong record at Estadio de Mendizorroza, with 81% of their points this season coming on home turf, but Alavés fans have been buying reduced-price tickets for the travelling Cádiz faithful and a large support will cheer the visitors on for what is a must-win game.

Alavés will also be without a key man in midfield boss Gonzalo Escalante after he was sent off against Levante, which may allow Álex Fernández and Rubén Alcaraz to dominate the midfield for Cádiz. That could be crucial as Sergio González as the only one of their last four games where the Andalusians had more possession saw them run out 3-0 winners.

Cádiz will likely repeat an offensive line-up featuring Rubén Sobrino, Lucas Pérez and Álvaro Negredo. Given that Sobrino has scored three of the seven goals scored by Cádiz in their last five games, 10.0 to be first goalscorer seem to be much longer odds than his form would suggest. Should Sobrino or any of the Cádiz forwards find a breakthrough against relegated Alavés, it’s hard to see the home team having the resilience to mount a comeback.

Granada need to match or better the results of one of Mallorca or Cádiz to secure survival, but their team will be taking nothing for granted up against Espanyol at Estadio Nuevo de los Cármenes. Their home form this season is the second worst in LaLiga, but they have taken four points from a possible six at home under Aitor Karanka, with last weekend’s defeat to Real Betis their only loss under their new coach.

Espanyol have also had a change in coach of late too as Vicente Moreno was dismissed last week, but there was no new manager bounce as interim coach Luis Blanco debuted with an uninspiring 1-1 draw against Valencia.

The Catalan side have picked up only 8 points from a possible 54 away from home this season, with only one win and five draws giving them the second-worst away stats in LaLiga. Only 2 of those 8 away points have come in 2022, and Espanyol also come into this game on a run of six fixtures in a row without tasting victory.

Granada’s intense high press, which led to Álex Collado’s goal in the win over Athletic club, is exactly the kind of tactic which has unsettled Espanyol’s defence this season, and it’s hard to envisage their concentration levels being at their best with nothing on the line for the away team.

While Osasuna are resigned to mid-table obscurity, Mallorca will be fighting for their lives at El Sadar. They must match or better Cádiz’s result at Alavés in order to avoid dropping into the bottom three on the final matchday.

Only one of Mallorca’s last six games has had under 2.5 goals, and if Cádiz take the lead in Vitoria, or even if Osasuna take the lead here in Pamplona, the islanders will be obliged to chase the game. That will inevitably mean an open game exposing an already vulnerable Mallorca defence.

Javier Aguirre returns to his former club knowing that Osasuna have had their own defensive struggles of late too. They have failed to keep a clean sheet in any of their last six games, scoring in five of them. Jagoba Arrasate has rotated heavily of late, but no selection has been able to plug the defensive gaps, while defensive players like Ramalho, Iñigo Pérez and Oier Sanjurjo may be given final starts in an Osasuna shirt before departing despite being bit-part players this season.

Vedat Muriqi will start in attack for Mallorca and is your best choice for first goalscorer as the team’s penalty-taker and top scorer despite only having arrived in January. At 6.5 to be first goalscorer, he’s a tempting addition to a bet slip.

Barcelona go into this tie with nothing to play for, while Villarreal know that a win for Athletic Club in Seville would obligate them to win at Camp Nou in order to qualify for the UEFA Conference League. In the case of a draw for Athletic, Villarreal would need to secure a point in Barcelona due to their inferior head-to-head record with Athletic.

Despite that, Villarreal’s last win over Barcelona came in 2009, and the Yellow Submarine have only taken a point off the Catalans twice in their last 10 meetings. They are also expected to be without their three top scorers, Gerard Moreno, Arnaut Danjuma and Yéremi Pino, for yet another week.

That’s good news for Barcelona, who have their own defensive absences with Gerard Piqué and Eric García both absent due to injury. That means that Clement Lenglet will likely start again, looking to add to a clean sheet on his second LaLiga start of 2022 against Getafe last weekend.

Fresh from the devastating blow of a 3-1 defeat to Real Sociedad to end any hopes of Europa League qualification, Villarreal may struggle against Barcelona. They may have more at stake but this team is in a downward spiral and Unai Emery’s track record against Barcelona has seen him win two and draw six of 28 previous meetings. Barcelona are excellent value for the win at 2.1.

Real Betis’ Friday night draw against Real Madrid means that this result is of no consequence to Real Sociedad, who will finish seventh whatever happens on Sunday night. Atlético Madrid, on the other hand, need to match Sevilla’s result against Athletic in order to secure third spot.

If there’s been a trend in Real Sociedad’s form this season, it has been a lack of goals at the Reale Arena. With 22 goals in 18 home games this season, 1.2 per match, they have 15 less than the next less entertaining home team in LaLiga. What’s more, Sunday’s visitors Atleti have ended each of their last five matches with under 2.5 goals.

Following an emotional farewell at the Estadio Wanda Metropolitano, Luis Suárez is not expected to start, with Matheus Cunha his likely replacement for Atleti.

Real Sociedad’s last outing was a crucial win over Villarreal which served as a huge confidence boost for Imanol Alguacil’s team, and also saw Alexander Isak score from open play in LaLiga for the first time this calendar year.

In any case, this battle is likely to be a much more hard fought affair than the 2-0 Copa del Rey win earlier this season for La Real. Atleti’s defensive form has improved significantly, and there is more at stake for the visitors, who will be looking to grind out a result. If it comes, it will be a smash and grab performance.

Athletic Club could secure a return to Europe for the first time since 2017/18 if they can better Villarreal’s result at Camp Nou. Sevilla also have something at stake, as if they better Atlético’s result at Real Sociedad, they can match their best finish since 2009.

Julen Lopetegui’s team has struggled for form of late with four consecutive draws, and the only previous visit of Athletic under Marcelino to the Estadio Ramón Sánchez Pizjuán was actually the penultimate home LaLiga defeat for Sevilla.

The home team could give second-choice goalkeeper Marko Dmitrović a start to rotate, while Youssef En-En Nesyri has scored two in his last three starts and is expected to get the nod again, making him good value as first goalscorer at 5.5.

Athletic will almost certainly be without veteran Raúl García but will be optimistic of shutting out a Sevilla side who have not scored two in the same game since 21st April given that their 17 away goals conceded in 18 games is second only to Sevilla.

That strong defensive resistance, and Sevilla’s stuttering form could make a draw a distinct possibility. Lopetegui has come under pressure of late and a shock result here isn’t off the cards, but the quality in his squad should be enough for them to stay in contention for third.

Sign up to Betfair and get a full refund if your first bet loses. Grab an account through the offer below and place £20 on the 6/1 La Liga Best Bets Accumulator. Here are the two possible outcomes: