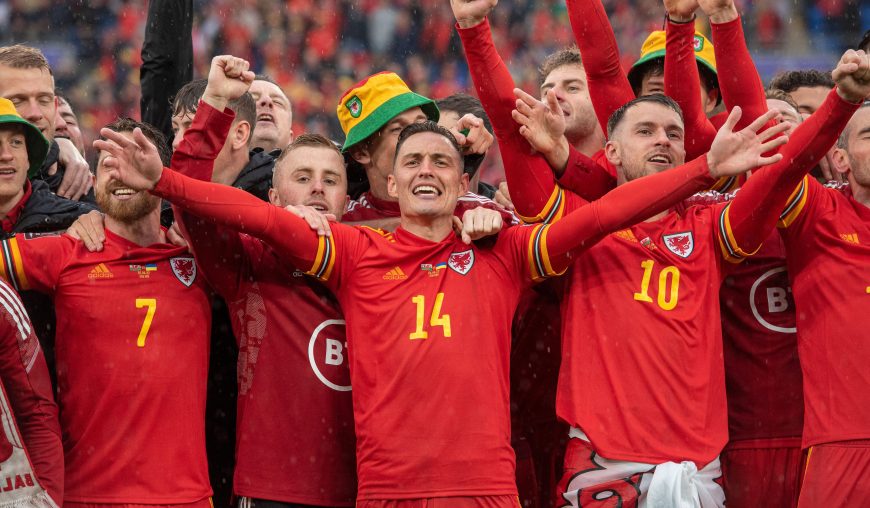 Wales will look to secure their first points of the Nations League campaign Saturday night. They face a daunting task welcoming number 2 in the world ranked Belgium to The Millenium Stadium. If they can shake off the hangover of their first World Cup qualification since 1958, Wales under Rob Page have the ability to beat anyone. To clue you up for matchday 3 of The Nation’s League, I’ve selected my top 3 Bet Builder Picks and sorted a Cheat Sheet.

Wales can be given benefit of the doubt for their first two Nation’s League results. Separate 2-1 losses to Poland and The Netherlands bookended their biggest game in recent history against Ukraine. That meant second string squads were deployed in both fixtures to ensure match freshness and to their credit they were not walked over in either game. Their big hitters look set to return for this game. However, if Hennessey can’t recover. 3rd string goalkeeper Adam Davies may be a concern in goal. Belgium lost 4-1 to The Netherlands on the opening day and then followed up with a 6-1 battering of Poland. It’s therefore tough to know what to expect from this team tonight. They’ll be anticipating another away trip Poland so there’s expectation that Roberto Martinez will rotate his squad to avoid fatigue and injury. That means Kevin De Bruyne will likely sit this one out alongside the injured Lukaku. Belgium’s underachieving golden generation have still got considerable strength in depth. So they will not be at a huge disadvantage going into this tie without their two household names.

These two sides have been good value for money in The Nation’s League for neutral fans. In their combined four matches there’s been 18 goals! Wales 2-1, 2-1 losses and Belgium’s 4-1 loss and 6-1 win, highlight goals are flying in at both ends.

Both teams are top heavy when it comes to talent. Their main identifying features are stellar attackers such as Bale and De Bruyne. This is not the case further down the field even for Belgium, who still rely on an aging Jan Vertonghen to shore up their backline.

The value for this selection I believe comes from the goalkeepers. Wayne Hennessey who is in fine form for the national side looks to be sidelined for this game. He joins Danny Ward on the treatment table which means third string keeper Adam Davies will be in the nets for Wales. He’s not managed to break into his parent club Sheffield United’s first team and has had limited gametime on loan at Stoke. The 29-year old will have to shake off the cobwebs quickly facing off against a Belgium side who have scored in every game since the 2018 World Cup semi-final.

Belgium usually have at their disposal the world class Champions League winner Thibaut Courtois. The good news for Wales is that the shot stopper is not in the squad and Simon Mignolet is the nominated replacement. The Club Brugge keeper is remembered in England for his consistent gaffes in goal rather than his goalkeeping abilities. He looked out of depth at times against The Netherlands who put 4 past him including one from range. I think this plays into the hands of the Welsh attackers Bale and even Harry Wilson who don’t need to be asked twice to pull the trigger.

Wales have scored in their last 9 out of 10 fixtures and squad rotation from Belgium will mean the playing field will be levelled slightly. Both teams to score looks good value for two teams that still have everything to play for at odds of 1.73.

Dan James to be Carded

One thing I’ve learned about Dan James this season is that he is a dirty bastard. His antics were on full display against Ukraine when he was booked mere minutes after kick off, for mouthing off to the referee in defense of Joe Allen. I was fooled by his innocent look at Man United but seeing his performances since joining Leeds has changed my views on him completely. His red card in the 24th minute against Chelsea on his last game of the season is a good case in point for why he’s in trouble tonight.

He was sent off for a completely unnecessary on Kovacic challenge miles up the pitch away from his goal. At first it seemed like a harsh decision but the replay showed what a horrific tackle he’d made on the Croatian. A straight red for a studs up challenge was probably a lesson learned for the attacker, but his style of play won’t change even if his tackling technique does. One of his best attributes is his pace and energy and he’s been used by Leeds to chase the ball down from the opposition defense and midfield when they’re not in possession.

He’s been employed similarly by Wales and against Netherlands all, but one of his 7 tackles were in the opposition’s half. To harry the defense and midfield is largely his responsibility. This is because he’s surrounded by Aaron Ramsey and Gareth Bale who are mercurial talents, but not the most enthusiastic pressers of the ball. Attackers generally aren’t very good at tackling, and this is true of him too because he’s managed to pick up 7 yellows from just 29 Premier League starts for Leeds.

Wales have been out possessed in their 2 Nation’s League ties and their World Cup playoff against Ukraine. Belgium conversely almost always dominate possession and average over 60% this season. This means that he’ll be chasing dead balls even more on Saturday night and more likely to slip up. Ball playing centre backs like Alderweireld and midfielders comfortable in possession like Witsel will also cause trouble when trying to retrieve the ball for James. He’ll be chasing shadows for large parts of the game tonight and he’s good value to pick up a card at 4.5.

Prediction: Dan James to be Carded

Wales to have 3+ Shots on Target

While having a look at the stats, I was surprised to see how many shots Belgium concede. They average about 12.25 a game, however they concede 11.06 shots per game on average. About 1 in 3 of these shots hit the target which is about the success rate needed for this selection to come in. Even in one of their recent friendlies, Burkina Faso managed to hit the target 4 times against them!

Their attacking style of play under Roberto Martinez exposes them to opposition counters. This was characteristic of his Wigan and Everton sides who played attractive football but suffered with consistency in results. The pace of Bale and James will be used to exploit the Belgian backline when they venture too far forward.

Wales managed 3 shots on target last time out against The Netherlands but only managed 2 against Ukraine. When everything was on the line, they kept their attacks safe and limited but against The Netherlands were happier to throw speculative balls into the box. Harry Wilson’s free kick on target was a good example of them not being afraid to takes risks from set pieces and attacks.

Bale and co will fancy their chances against Mignolet so I’m expecting early efforts from outside the box. Especially given their freekick credentials, I think Wales to have 3 shots on target is generously priced at 1.36.

Prediction: Wales to have 3+ Shots on Target

Back the 9/1 Wales v Belgium Bet Builder below ⬇️

Sign up to Paddy Power and get a full refund if your first bet loses. Grab an account through the offer below and place £30 on the 9/1 Wales v Belgium Bet Builder. Here are the two possible outcomes:

How to watch Wales v Belgium in the UEFA Nations League