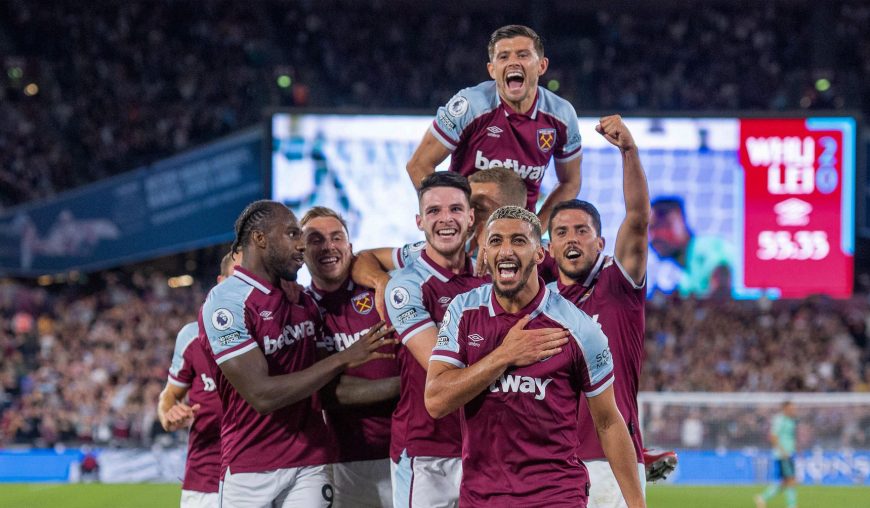 The race for a spot in the Champions League next season is really starting to take shape as 5 teams are now locked in to compete for 4th place in the table. Two of those teams are playing on Sunday as Wolves travel to the London Stadium to face 6th placed West Ham and with the EFL cup not kicking off until 4:30 I have put together my top 3 bet builder tips for the only Premier League fixture of the day along with a pre-match cheat sheet and predicted lineups to tied you over until we all tune in to Wembley.

West Ham despite having very strong spells this season could easily find themselves down in eighth if they are unable to secure 3 points against Wolves. The Hammers are currently sixth in the table, four points behind fourth-placed Man United, while they are three behind fifth-placed Arsenal, who have two games in hand.

David Moyes’ side are not in a strong position to finish fourth as it stands, especially with Wolves only 2 points behind with a game in hand and Tottenham winning 3-0 against Leeds at the time of writing. There is no downplaying the importance of this match for West Ham, especially as they travel to Anfield next weekend a stadium that hasn’t seen the home side lose once this campaign.

Meanwhile, Wolves will enter the match off the back of a 2-1 loss at Arsenal on Thursday evening, which was devastating against another team looking to take their European place.As a result, Wolves will be a wounded team this weekend. However, they have won five of their last seven in the Premier League and been victorious in four of their last five away league fixtures, winning at Man United and Tottenham in the process suggesting this could be a tightly contested game.

West Ham have had an underwhelming home campaign bosting the seventh-best home record in the league, picking up 21 points from their 13 matches. Whilst Wolves have impressed on their travels, winning seven of their 13 fixtures. However, the hosts will certainly be the fresher of the two teams heading into the contest with Wolves having played just 3 days earlier on Thursday night with West Ham having had an 8-day break since their last fixture against Newcastle.

Equally, despite Wolves having a very strong defensive record this season conceding just 20 they have struggled for goals finding the net just 24 times, less than any other team in the top half of the table and the third least in the league. West Ham, on the other hand, have a very strong attacking record, especially at home averaging 1.8 goals per game with players like Jarrod Bowen and Michail Antonio scoring 8 goals this season.

A draw would be a fairly damaging result for both teams at this stage in the campaign and with West Ham to secure 3 points being priced at 2.05 on Paddy Power and given the fitness of the players coupled with West Ham’s strong attacking form it seems to be a strong selection for this and other Bet Builders.

Raúl Jiménez to be Shown a Card

This season Jiménez has had fairly poor discipline for Wolves picking 7 yellow cards and even a red when he refused to retreat from a free kick against Man City. The cheat sheet also seems to support this selection with Jiménez averaging the second-most fouls per game on his team and in the match. This should offer an avenue for referee Anthony Taylor to show Jiménez a card if he does commit his average of just below 2 fouls in this game.

However, many of the times the player has been shown a card this season has come from slightly less conventional means. In the Premier League, from the 5 cards shown to Jiménez, this season 3 of them have come from time-wasting and one from an argument. This would seem to suggest that in such an important game for both teams Jiménez could be shown a card for disdain.

Jiménez is very likely to start in this game having missed just two of Wolves games this season and is priced at a very strong 5.5 on Paddy Power considering his propensity for picking up cards this season.

Prediction: Raúl Jiménez to be Shown a Card

This final selection has been successful in 8 of Jarrod Bowen’s last 10 games and is supported by the stats of the pre-match cheat sheet. Bowen has been in fine form for The Hammers recently, scoring 6 in his last 7 games and I would not be surprised if he found the net in this fixture as well. Bowen to score anytime is priced at 3.4 and is worth investigating further if you are having an individual be on this game.

However, for this bet builder and with the strong defensive form of Wolves this season I’m personally backing the safer option of Bowen to have at least 1 shot on target in this game. Bowen averages 1.06 shots on target per game the most of any player in this match and if you compare the odds despite averaging more shots on target per game and having scored more goals in recent fixtures he is priced higher than Michail Antonio, Raul Jiménez and even Yarmolenko, who is unlikely to play having been given time off due to Ukraine’s recent troubles.

Jarrod Bowen to have a shot on target in this game is priced at 1.3 on Paddy Power and despite the odds being low, the stats suggest this selection is likely to be successful and will offer a nice boost to this bet builder. However, if like me you feel Bowen is likely to perform well in this game then markets such as anytime goalscorer and Player To Have 1 Or More Shots On Target In 1st Half are definitely worth investigating further.

Back the 17/1 West Ham v Wolves Bet Builder below ⬇️

Sign up to Paddy Power and get a full refund if your first bet loses. Grab an account through the offer below and place £30 on the 8/1 West Ham v Wolves Bet Builder. Here are the two possible outcomes:

How to watch West Ham v Wolves in the Premier League