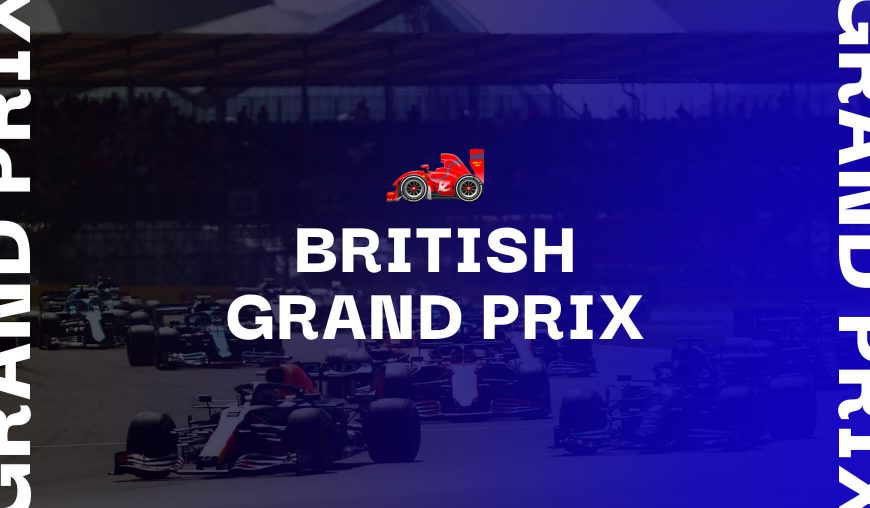 The British Grand Prix at Silverstone is set to capture the attention of millions of F1 fans this Sunday. After mixed practice sessions in rain and wind, Carlos Sainz capitalised on the ever-changing conditions of Saturday’s exciting qualifying session to put his Ferrari on pole for the first time ever. A number of teams have revealed new upgrade packages for this weekend, so hopes will be high of pushing forward in the pecking order, but not everyone can come out as beneficiaries.

The track itself may lack stunning scenery as it’s built on a flat former airfield, but it more than makes up for that with a layout which is popular with fans and drivers alike. Legendary corners such as the dizzying back and forth run through Maggotts and Becketts as well as the high speed adrenaline rush of Stowe and Copse push the tyres, and the drivers, to their limits. With sweltering heat and heavy rain always possible in any given time period at Silverstone, and plenty of full throttle passing places, a boring procession from lights to flag is highly unusual in the British leg of the F1 World Championship.

At some point, the Red Bull run of six-straight wins (five of which have gone to Verstappen) will come to an end, but with Verstappen lurking on the front row of the grid, he’ll take some beating on Sunday. Carlos Sainz has been slowly improving over the course of the season, and he wasn’t far behind the Dutchman in Canada last time out, but Max tends to come alive once he’s fighting for first place, and just as it was no surprise that the current world champ held off the stronger Ferrari last time, it would be no shock to see Max leading by the end of lap one here.

With chances of rain looking lower than they did on Saturday, the Ferraris and Red Bulls should be close on pace, and if that’s the case, you’d back Verstappen to edge what could be a thrilling race, especially as his main contender is the winless (for now) Sainz.

Hamilton, Norris or Russell to Finish on the Podium

None of the three contenders racing under the British flag technically has the outright pace to reach the rostrum on Sunday, making this an outside bet, but driving at Silverstone with the raucous home crowd on their side, anything’s possible! Lewis Hamilton has been masterful at this circuit many times in his career, and George Russell has maximised the potential in his Silver Arrow this season, as for Lando Norris, he mixed it with the best in qualifying, and if something falls his way in the race, he’s got the talent to take his chance for a trophy.

So many British greats have provided memorable moments before standing on the podium at Silverstone in the past: Mansell’s famous pass on Piquet, Herbert taking a shock win, Hamilton crossing the line on three wheels. With a swell of extra support thanks to F1’s popularity boost in recent years, perhaps there could be another result to keep the home crowd happy on Sunday!

Tip: Hamilton, Norris or Russell to Finish on the Podium @ 2.0

Both Alfa Romeo Cars in the Points

With so many teams bringing upgrades this weekend, it’s hard to stand out in a tight midfield pack, yet the Alfa Romeo has looked rapid all weekend. Whilst practice and (wet) qualifying times are not a reliable indicator of true race pace, what’s remarkable about the Alfa is that both Valtteri Bottas and Zhou Guanyu have looked fast at Silverstone, and that stands true in conditions either wet, dry, or even windy! The apparent all-round nature of the package, plus the solid form of both drivers of late, makes us feel that top-ten finishes are more than achievable, even with Bottas starting outside of the points.

Hamilton, Norris or Russell to Finish on the Podium

Both Alfa Romeo Cars in the Points

Sign up to Paddy Power and get a full refund if your first bet loses. Grab an account through the offer below and place up to £30 on the British Grand Prix. Here are the possible outcomes::

How to watch the British Grand Prix?