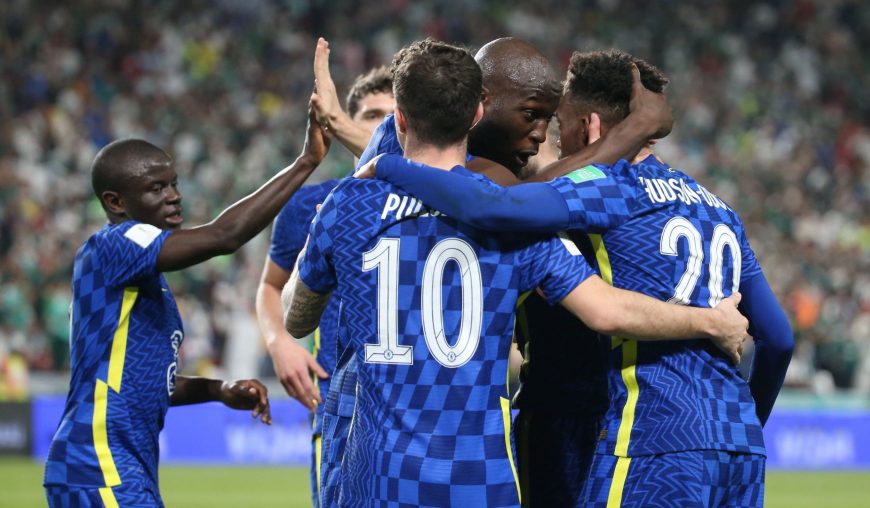 The second handful of Champions League Round of 16 fixtures take place this week, and one of the key matches is Chelsea taking on Lille at Stamford Bridge on Tuesday night. Chelsea, the newly crowned World Champions and current holders of the Champions League, will be looking to advance in their defence of the trophy, whereas Lille will be looking for a result in this tie to be a lifeline in their season.

Looking at how both sides got to this stage in the Champions League, Chelsea only managed to finish 2nd in their group, two points off Juventus. A 3-3 draw against Zenit proved to be the deciding factor in their position in the group, as an away win in Russia would’ve seen Chelsea through on head-to-head with Juventus. The Blues managed to win four, whilst drawing and losing one game apiece in their group stage journey. Lille are the side in this tie that managed to win their group, edging out RB Salzburg by one point. Despite having worse Champions League form than Chelsea with three wins, two draws and one loss, it was enough to see them through to the knockout stages in top place.

Giving you an idea of how both sides are doing domestically, Chelsea are currently 3rd in the Premier League table. Despite some poor form towards the end of 2021 and some recent performances that are below par for their standards, The Blues have only lost once in their last nine league games. Lille, however, are in a much more miserable position. After winning Ligue 1 last season, they lost their manager as well as some of their key players which has led them to being 11th in the table so far this season. With two losses in their last four league games, Lille are coming into the game with a much worse run of recent form than their hosts, but should not be ruled out against an underperforming Chelsea side.

It’s not been very long since Chelsea and Lille last met, as they were placed in the same group during the 2019-20 season of the Champions League. The Blues came out victorious 2-1 and 2-0 in both games respectively. With the French side never progressing past the Round of 16, they’ve only reached this stage once as they fell short at the hands of Manchester United in the 2006-07 season. Chelsea, of course, have won the competition twice.

Have a look at my bet builder selections and the Cheat Sheet below, as this week’s Champions League fixtures get underway.

Looking at the stats of both teams, it seems most likely that a small number of goals will be scored in this fixture. Chelsea haven’t been a side this season to put their opponents well out of sight, and Lille may struggle to score a large amount of goals as their form is at a worse standard than their hosts’.

In terms of the ability for both sides to meet the criteria of the selection, Chelsea have had under 3.5 goals in seven of their last nine league matches, as well as all their last eight games in all competitions. This shows that Chelsea either struggle to find a way past their opponents or have recently been edging out victories without producing a sizable margin on the scoresheet. Lille’s goalscoring record this season fits this selection perfectly, as they have had under 3.5 goals in 19 of their 25 league games, meaning that they haven’t been able to replicate performances of last season where they were dominant against other teams.

With both sides only seeing 24% of their games having over this threshold of goals, it yet again backs up the solidity of the selection.

Benjamin Andre to be Booked

With Chelsea being favourites in this fixture, Lille may struggle against the World Champions as Chelsea will believe that they can get the edge on their opponents. Because of the reflection of difference in competitiveness between both sides in their domestic campaigns, I wouldn’t imagine that Lille will end up seeing much of the ball and may put in a few reckless challenges if Chelsea manage to catch them out. Because of this, my pick is for Benjamin Andre to be booked.

Andre manages to commit an average of 2.62 fouls per game this season, showing his tendency to end up in the book. Racking up a total of eight yellow cards in the league this season, as well as an additional three cards in the Champions League, this shows that Andre could possibly feel the pressure on the big stage and ends up being reckless with his challenges.

Chelsea have six potential starters that draw 1.8+ fouls per game, which could lead to a tricky evening for the Frenchman. The referee for the game dishes out an average of 4.92 yellow cards per match, so it wouldn’t surprise me to see Andre being a culprit to a card on Tuesday night.

Being in his third season at Lille, Andre would’ve been a key part in the league triumph last season, which can contribute to his large pile of cards this campaign as the decline in competitiveness will lead to Lille seeing less of the ball and defending on a more frequent basis.

The 31-year-old makes most of his tackles in the middle third of the pitch, which could be seen in this fixture as Chelsea focus on retaining the ball high up the pitch when not in possession, which is a key tactical belief of Thomas Tuchel. This means that if he is under pressure when Chelsea try to overturn possession, this will be a prime opportunity for Andre to commit some fouls.

Prediction: Benjamin Andre to be Booked

Hakim Ziyech to have 2+ Shots on Target

As Chelsea will seemingly be the side in control of this fixture, I’ve had a look as to who I think will be the catalyst for Chelsea’s attacking threat. I’ve looked no further than Hakim Ziyech as he is in the middle of some impeccable recent form, which is why I’m backing him to have 2 or more shots on target during the match.

Averaging a total of 4.01 shots per game, Ziyech has recently been proving himself as a huge attacking threat, as he has established himself as Chelsea’s saviour during recent fixtures, as he has showing his quality to help The Blues achieve some key results. Averaging 1.44 shots on target per match, I expect this average to be heightened on Tuesday night, as recent form will see the Moroccan brimming with confidence as he is thoroughly enjoying his football.

Diving deeper into his more recent form, Ziyech has scored three goals in his last three Premier League appearances, showing that his clinical side is emerging, as he is starting to produce good fortune after a slow start to life in London after joining from Ajax in 2020. After starting in six of Chelsea’s last seven games, I expect that Tuchel will be putting Ziyech down as one of the first names on the team sheet after his recent, glowing form.

After injuries to Reece James and Ben Chilwell, Chelsea have had to adapt their style of play to accommodate for the players that they have available. After shifting to a back-four formation in recent games, this is where Ziyech has come alive and been performing at his best. With Chelsea still having their first-choice wingbacks out injured, this system could yet again be used against Lille, where Ziyech could continue to shine.

With an average shot distance of 18.6 yards, this shows that he always likes shooting from long range. With a wand of a left foot, I’m expecting Ziyech to continue hitting them from distance because of his growing confidence, achieving at least two shots on target on Tuesday night.

Prediction: Hakim Ziyech to have 2+ Shots on Target

Back the 9/1 Chelsea v Lille Bet Builder below ⬇️

Sign up to Paddy Power and get a full refund if your first bet loses. Grab an account through the offer below and place £30 on the 9/1 Chelsea v Lille Bet Builder. Here are the two possible outcomes:

How to watch Chelsea v Lille in the Premier League