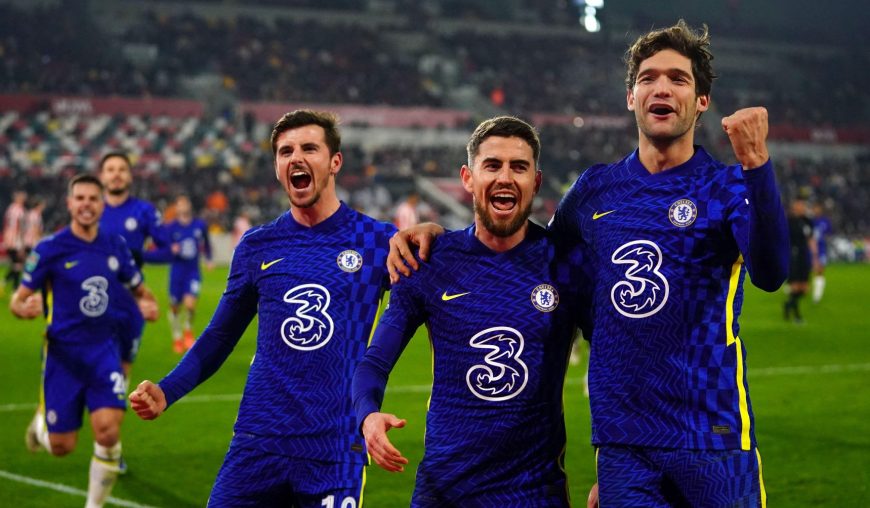 The second FA Cup semi-final takes place at Wembley on Sunday and it’s a London Derby as Chelsea and Crystal Palace battle it out to face Liverpool in the final.

Chelsea’s dreams of retaining their Champions League title were shattered at the Bernabeu midweek after overturning a 2-goal deficit in their favour. However, Modric was there to work his magic with a spectacular assist before Benzema finished off the tie in extra time.

Palace’s 7 game unbeaten run came to an end at the weekend as Leicester came out on top. A big blow to the Palace camp will be Conor Gallagher, who is unable to take part against his parent club on Sunday after Chelsea rejected Palace’s request to let him play. As for Chelsea, Lukaku looks to be fit for the tie, but Werner has impressed recently so Lukaku will probably only feature from the bench.

I have created a bet builder coming in at around 12.52, take a look at my research below along with a pre match cheat sheet for this London Derby.

Chelsea’s free-scoring form seen them hammer Southampton 6-0 last time out in the Premier League before also beating Real Madrid 3-2 away from home. However, this was not enough to seal them a semi-final match-up vs Man City. Despite crashing out in a frustrating way, Chelsea’s quality was clear at the Bernabeu. They registered 48 shots across the 2 legs against Madrid which shows their impressive attacking threats. Chelsea had an impressive xG across both games with 1.35 in the first leg and 2.72 in the second.

Mason Mount and Timo Werner have been particularly impressive recently, both putting on quality displays in their last 2 games, with the duo scoring 6 of Chelsea’s 9 goals in these games. Chelsea are the 3rd highest scorers in the Premier League this campaign, averaging 2.13 goals per game.

Crystal Palace have been brilliant since Patrick Vieira has come in but he faces a tough test against Tuchel’s Chelsea if he wants to make it to the final. Crystal Palace fans will be looking at the head-to-head stats a bit worried at playing Chelsea, as Chelsea have won their last 9 matches against Palace. Palace were brought back down to Earth by Leicester at the weekend, ending their 7-game unbeaten run which started after their last game against Chelsea, where they lost 1-0 after conceding a late goal.

With this being Chelsea’s last remaining hopes of silverware this season, they will be looking to redeem themselves after Kepa’s shocking penalty last time at Wembley and I fancy them to get the win.

Mason Mount to Score or Assist

Mason Mount has it all, good shooting, passing and excellent set pieces which makes him a huge threat in Chelsea’s attack. His talent is sometimes overlooked in the Premier League, but he is one of Chelsea’s most consistent players and will certainly be a threat to Palace.

Mount continuously proves his critics wrong and his form has been magnificent in the last few games. He has 5 goal contributions in his last 2 games, scoring 3 and assisting 2. Last time out against Real Madrid, Mount had 4 key passes in the game with 2 shots on target showcasing his talent in that attacking midfield role.

Mount has 10 goals and 8 assists to his name in the Premier League this season, meaning that he is Chelsea’s top scorer along with the most assists. Mount has the 6th most big chances created in the Premier League and averages 1.6 key passes per game. Crystal palace average 1.29 goals conceded per game and with Chelsea’s high scoring form they could run riot at Wembley. With Mounts 0.61 xG +xA I fancy him to help his side get on the scoresheet.

Marcos Alonso to be Shown a Card

A London Derby on the big stage at Wembley has the potential to be a fierce battle, which could see Anthony Taylor bring out a few cards for both sides under the Wembley arch.

With Ben Chilwell being side-lined for the rest of the season, it’s been Alonso who has stepped up at left wing back. Alonso is renowned for his poor discipline and dirty challenges for Chelsea. The Spaniard will be up against Jordan Ayew out on the wing who averages an impressive 3.46 fouls drawn per game, so Alonso looks to be in for a tricky game. Ayew won 3 fouls in each of his last 2 games showing he knows how to frustrate his opponents.

With Alonso’s attacking mindset, he likes to get forward so often gets caught out on the counterattack and is forced to foul opponents to stop them getting forward. He is also clumsy when jumping up for headers which sees him give away fouls too.

Alonso somehow managed to escape a booking at the Bernabeu despite committing 2 fouls, he often gets caught up in the big occasion and it doesn’t get much bigger than a game at Wembley. I think that Alonso could find it tough up against Ayew with a player who likes to draw fouls up against a player who loves a good tackle.

Prediction: Marcos Alonso to be Shown a Card

Back the 11.52/1 Chelsea v Crystal Palace Bet Builder below ⬇️

Sign up to Paddy Power and get a full refund if your first bet loses. Grab an account through the offer below and place £30 on the 11.52/1 Chelsea v Crystal Palace Bet Builder. Here are the two possible outcomes:

How to watch Chelsea v Crystal Palace in the FA Cup

📺   What TV channel is Chelsea v Crystal Palace on? / STV/ITV

🟨   …And who is the referee for Chelsea v Crystal Palace? / Anthony Taylor 🏴󠁧󠁢󠁥󠁮󠁧󠁿