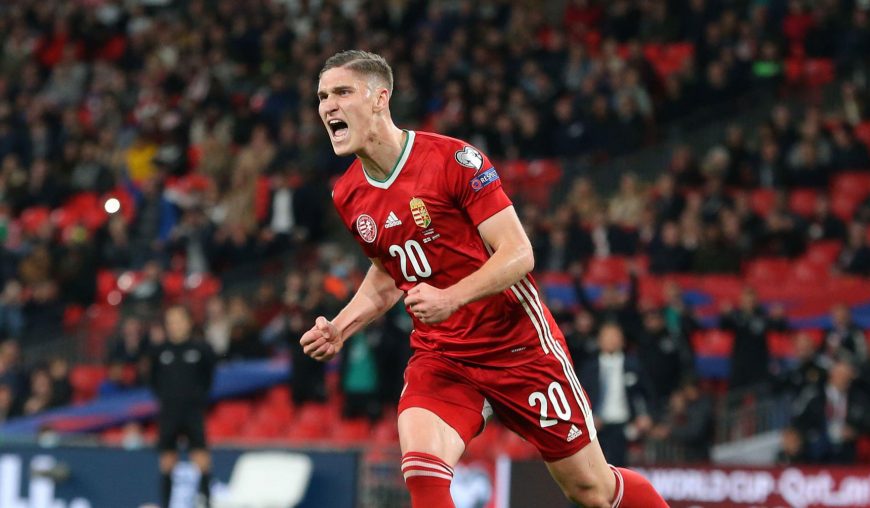 England will be hoping to finally secure their first victory in the Nations League on their fourth attempt when Hungary travel to Molineux. This has been a strange tournament with some of the best sides in the world failing to perform anywhere near the high standards they’ve set for themselves. For example, France lost once again last night placing them at the foot of their group and at serious risk of being relegated to League B. England will be desperate to secure victory in this fixture and avoid the position that Didier Deschamps France have found themselves in.

As a result, this could prove to be a very interesting fixture, so I have put together my Top 3 Bet Builder Tips for this fixture based on the two sides’ recent performances and statistics.

England played out a dull 0-0 draw with Italy in front of a virtually empty Molineux in which keeper Aaron Ramsdale was called into action on a couple of occasions and Mason Mount hit the bar. As a result, England are still winless, and the recent performances of the team have been called into question.

Not since the 2014 World Cup have England gone four games without a win in all competitions, and just one goal in three games will surely concern Southgate given the talent at his disposal in the attack. On the other hand, Hungary have performed better than many people expected in this difficult group. Beating England in the first fixture, performing well against Italy and securing an impressive draw against a strong German side. Marco Rossi’s men could once again pose a threat to England in this fixture after a string of strong performances.

Team to Receive Most Cards – Tie

The officiating for this fixture is in safe hands as referee Clement Turpin was named the best French referee by the French Football Federation in May 2016. The Frenchmen has taken charge of some of the most important games in the footballing calendar, such as being selected as the match official for the Champions League final as his most recent game, but he consistently produces a low number of cards and is known for his leniency.

In his last 35 matches, Turpin only produced 115 yellow cards and 7 reds at an average of 3.4 cards per game. This already suggests Turpin is often unkeen to brandish multiple cards in this fixture however when you consider that just under half the matches, he officiates contain a penalty it is surprising that in 5 of his last 10 games officiated he has produced less than 3 cards.

Turpin’s recent fixtures suggest that this is unlikely to be a game with a high number of cards and this is supported by the averages of the two teams. England averaged just 1.3 cards per game during qualification and this statistic has remained consistent during the Nations League. Equally, Hungary’s average consistently sits around 2 cards per game no matter what the competition.

This would seem to suggest that under 4.5 cards in this fixture is a strong selection and at 1.2 on Paddy Power, it is reasonably priced. However, the selection that I am backing based on the probability of this being a fixture with a low number of cards is Team to Receive Most Cards – Tie. This is because in the last 2 games played between England and Hungary the number of cards shown to each team has been equal, 2 a piece last week and 1 a piece during world cup qualification.

If this trend continues into this fixture then this selection will be successful and with it priced at 4.0 on Paddy Power, it seems like an excellent choice to take a punt on. With Turpin’s record and these teams’ low averages, this game will likely finish with both teams receiving a card or potentially even non if Turpin decides to be particularly lenient in this fixture.

In this Nations League tournament so far, England have performed nowhere near the high standards they’ve set for themselves in recent years. Losing 1 and drawing 2 matches is not how Gareth Southgate would have expected his team to perform and if they do not get a result here against Hungary, they are at risk of being relegated to League B.

Equally, Hungary scored 19 goals in their 10 World Cup qualifying matches at an average of 1.9 goals per game. This not only suggests that Hungary can score consistently but also that they find goals irrespective of the result as they finished 4th in their qualifying group with 3 losses.

England are a slight concern for this selection as they have been less than exciting in this Nations League campaign, failing to score a goal from open play in their first three games. However, despite Southgate suggesting in interviews that the Nations League results are of little importance to his side relegation to League B would be a huge embarrassment for the side ranked 5th in the world. Therefore, for that reason and the quality of England’s attacking players it is more than likely Southgate’s side will score at least once in this fixture.

Both teams to score is priced as the outside odds at 2.4 and with Hungary’s goal-scoring record combined with England’s quality upfront and need for a win it seems like a very shrewd selection.

Harry Kane notched up his 50th goal for his country when he slotted his last-minute penalty past goalkeeper Neuer to secure a point for his team. As a result, Kane is now just 3 goals away from equalling Wayne Rooney’s record as England’s top goal scorer and I expect him to pull at least one goal closer to the mark in this game. Harry Kane has been England’s main man for the last couple of seasons both captaining the side and producing the majority of the side’s goals.

Not only is Kane a prolific striker from open play but he also takes the side’s penalties which offers a great opportunity for success with this selection. This is because England takes a high number of penalties, for example, 4 of his 12 goals during England’s qualification for the World Cup were penalties as well as the only goal scored by England in this Nations League campaign was a penalty. The referee also plays a role in this as in just under half of the games officiated by Turpin there is a penalty taken.

Harry Kane to Score Anytime is priced at 1.67 on Paddy Power and it seems to be a strong selection based on Kane’s prolific record for England.

Back the 14/1 England v Hungary Bet Builder below ⬇️

Sign up to Paddy Power and get a full refund if your first bet loses. Grab an account through the offer below and place £30 on the 14/1 England v Hungary Bet Builder. Here are the two possible outcomes:

How to watch England v Hungary in the UEFA Nations League