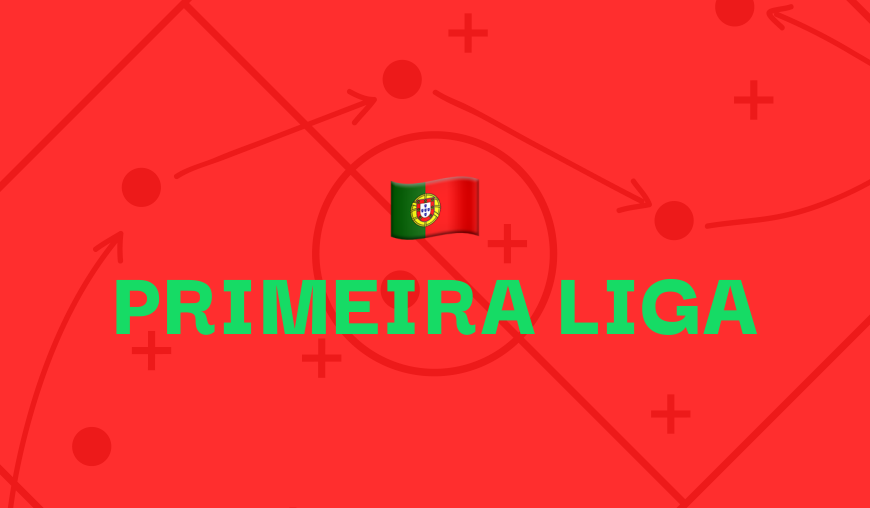 Gil Vicente headed into Sunday night’s fixture at Porto on the back of two straight victories and an 8-match unbeaten run, their longest ever streak in the Primeira Liga. They left it with a 1-1 draw with the Estádio do Dragão, and a point that, truth be told, felt sweeter than each of those victories combined.

Ricardo Soares’ side went down to 10 men within 100 seconds when Brazilian midfielder Vítor Carvalho was given his marching orders after clattering into his compatriot Evanilson at the edge of the box. Despite playing a man down for over 90 minutes, Gil’s resolve did not wither even as Porto’s multitude of attackers continued to pepper away at Brazilian goalkeeper Andrew Ventura, the 20-year-old filling in for the injured Slovenian Žiga Frelih and producing an impressive performance between the sticks.

Samuel Lino, linked with a summer move to Atlético Madrid, proved a consistent source of danger on the left flank and terrorized João Mário before the Porto fullback was taken off in the 67th minute. He set up the opening goal of the game by finding Fran Navarro at the edge of the box, who pirouetted his way past Chancel Mbemba and Fábio Cardoso with a delightful Cruyff turn, nutmegging Cardoso before poking it past Diogo Costa. Porto promptly equalized as Mehdi Taremi played a one-two with Otávio before heading it into the path of Evanilson, who tapped it into an empty net, but they were unable to find a second goal.

After back-to-back midtable finishes following their return to the Primeira in 2019, Gil Vicente now sit fifth with an 11-point lead over Estoril and Vitória for the final European spot, whilst they only trail fourth-placed Braga by four points with 10 matches left. They’ll be taking on Estoril in Barcelos on Friday night, a mere five months after sharing the spoils in a 2-2 draw. Samuel Lino and Fran Navarro were the scorers then and I expect both to be a constant thorn in the side of an Estoril defense that has conceded six goals in its last two games.

Porto aren’t the only Northern side that failed to exploit a man advantage this weekend. Despite putting up a total of 14 shots, despite seeing rivals Santa Clara lose Mansur and Hidemasa Morita to red cards in the latter stages of the game, Braga were forced to settle for a draw at home just days after edging Moldovan side Sheriff Tiraspol on penalties to set up a Europa League tie against Monaco next week.

Braga will be paying a visit to the Estádio do Bessa this weekend where they will be taking on Petit’s Boavista. The Axadrezados have proven to be a stubborn opponent under Petit, who replaced João Pedro Sousa at the helm in December, and have lost just once – a 2-1 defeat at Santa Clara – since the start of the year. They have drawn against Gil Vicente and Benfica in 2022, but perhaps their most impressive result under Petit came on December 16, when they defeated Carlos Carvalhal’s Braga 5-1 in the Taça da Liga.

Whilst Braga have struggled in attack due to a lack of a clearcut, goalscoring center forward following the sale of Paulinho to Sporting, Boavista sit five points clear of the relegation zone – albeit 20 behind Braga – thanks to the performances of 23-year-old Croatian striker Petar Musa. Having joined on loan from Slavia Prague, Musa entered double figures on Sunday in a 3-2 win against Estoril, and alongside the likes of Gustavo Sauer and Yusupha Njie, he could be a serious threat against Braga’s backline. Braga will be once again leaning on captain Ricardo Horta to provide the bulk of creativity going forward as well as a goal threat, with Horta scoring in the 2-2 draw when these two sides played in October.

Benfica began the season with a run of seven consecutive victories in the league under Jorge Jesus, an impressive run of form that saw them cruise into October as one of the last three perfect teams in Europe’s major leagues alongside Paris Saint-Germain and Napoli. After thrashing Barcelona 3-0 on September 29, it seemed like there was a new era at the Luz, a team that was capable of winning their first league title in three years. That is, until Portimonense came to town.

Despite having 31% possession and 5 shots in comparison to Benfica’s 24, Portimonense took the lead in the 66th minute via a set-piece goal from Lucas Possignolo and held onto a 1-0 victory thanks to an immense performance in goal from Samuel Portugal, their first win at the Luz in the club’s history.

Benfica head to the Algarve on Saturday where they will take on a Portimonense side that has won just one league match since the start of December, a 1-0 win against Moreirense that saw Aylton Boa Morte score the sole goal of the match in the 87th minute on December 12. Boa Morte departed to Emirati club Khor Fakkan in January whilst star left back Fali Candé headed to Ligue 1 side Metz. This, combined with their failure to sign a replacement for Beto, who finished as the club’s top scorer in 2020/21 before forcing a deadline day move to Udinese, has seen the club’s form dry up as they struggle to fill major vacancies on both sides of the pitch.

After throwing away an early two-goal lead in a 2-2 draw against Boavista, Benfica rebounded with a 2-2 draw against Ajax in the first leg of their Champions League Round of 16 tie and defeated Vitória de Guimarães 3-0 thanks to a brace from Darwin Núñez, and they’ll be looking to wage their revenge against Paulo Sérgio’s side ahead of a looming trip to Amsterdam. I think Rafa Silva, Darwin, Gonçalo Ramos, Roman Yaremchuk and co. should be enough to find the back of the net against Samuel Portugal and a Portimonense side that has been firing blanks as of late.

One year after winning the club’s first league title in nearly two decades, it’s fair to say that Sporting’s fortunes have taken a turn for the worse in 2022. Rúben Amorim’s side kicked off the year with a 3-2 loss to Santa Clara and followed it up shortly after with a 2-1 home defeat to Braga. After throwing away an early two-goal lead to Porto in a 2-2 draw on February 11, which would have seen Porto’s lead at the top of the table shrink to three points, Sporting have won just once in their four matches – a 3-0 win vs. 10-man Estoril. The other three matches have seen the Lions lose 5-0 to Manchester City, draw 1-1 to Marítimo, and once again, throw away an early lead in a 2-1 defeat to Porto in the first leg of the Taça de Portugal semifinals.

Sporting were without various key players against Marítimo such as Pedro Gonçalves, Zouhair Feddal and Pablo Sarabia, and while the latter has returned from suspension, it seems the other two will remain on the sidelines for their match against Arouca. Overall, it seems like there’s a lack of ideas and a lack of luck – whereas last season Sporting could pull a 90th-minute winner out of thin air, the goals have dried up despite the January arrivals of Marcus Edwards and Islam Slimani. In their last two games, Sporting have registered 38 crosses, five of which have been accurate, zero of which have ended in a goal.

Arouca, on the other hand, shared the spoils with Moreirense in a 1-1 draw at home. Moreirense’s first-half opening goal and the subsequent expulsion of Fábio Pacheco saw them sit back and soak up pressure from Arouca, who had 78% possession and 17 shots in comparison to Moreirense’s 5. After scoring an equalizer in the 79th minute, Arouca conceded a penalty shortly after, with Victor Braga pulling off a superb save to keep out Ibrahima Camará’s effort.

The last time these two sides met, the newly promoted Arouca side did not look to sit back and park the bus, but rather, took their game to the defending champions and registered as many shots (10) and almost as much possession (43%) as their opponents, but it wasn’t enough as Sporting sealed a 2-1 win. Even with ex Celtic man Eboue Kouassi missing out due to suspension, I expect this to be another tough match for Amorim’s side, but their individual quality should be just enough to pick up a much-needed three points.

Sign up to Betfair and get a full refund if your first bet loses. Grab an account through the offer below and place £20 on the 6/1 Primeira Liga Best Bets Accumulator. Here are the two possible outcomes: