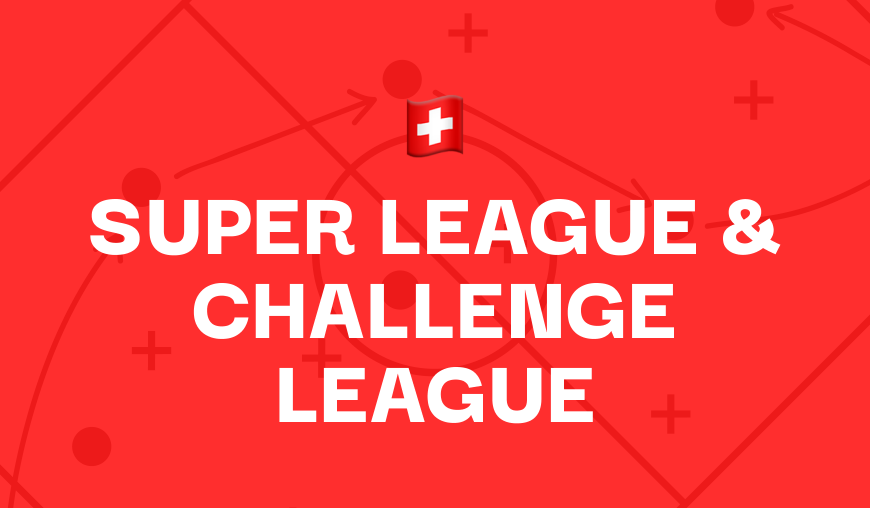 Swiss football is back and we start with a top-of-the-table clash awaits in the principality on Friday evening as Winterthur make the trip to Liechtenstein knowing that victory would lift them above their hosts Vaduz and to the top of the Challenge League table.

FC Vaduz are keen on an instant return to the Super League this season but the world-record domestic cup holders suffered a slight setback on their return from the break after a madcap 4-4 draw with FC Wil. That result is perhaps no surprise given that those two teams are the highest scorers in the league while also being in the top five for most team goals conceded too.

Winterthur haven’t disappointed on the scoring front either and set their title challenge back on track with a convincing 3-0 win over bottom club SC Kriens on Sunday. With former FC Wil manager Alex Frei now in charge, it is fair to say the goals will keep on coming at the Schutzenwiese and probably at both ends too.

This title-clash promises to be memorable with neither side having any problem scoring goals but also finding it significantly harder to keep the goals out. 3-2 was the scoreline when these two met in December in the final game before the winter break and something similar would not be surprising this time around.

Depending on which side you ask, this derby is either the ‘Derby du Lac’ or ‘Derby Lemanique’. Essentially, both mean the same thing and the name is based on the fact that Geneva and Lausanne are separated by just 62km on the shores of Lake Geneva. There have been many memorable matches between these two in their history. Just recently, in 2019, Servette defeated their rivals 3-1 in the second-tier to secure passage back to the Super League. Almost three years on, in vastly different circumstances, they are rubbing shoulders again.

SFC are mid-table in fifth, safe from the prospect of relegation and their European hopes hanging by a thread. They entered the winter break in encouraging form and unbeaten in their previous five but were handed a 1-0 loss at league leaders Zurich on their return. Lausanne are at rock-bottom, despite somehow not actually being at the bottom of the league yet, but their 5-1 home loss to St. Gallen continues a miserable season. The result ended the tenure of Ilija Borenovic at the helm and brings more uncertainty for the future.

It is unlikely to get much better for LS in Geneva on Saturday but SFC can’t seem to keep the goals out at home, conceding in their last twenty-five league games at the Stade de Geneve in a row. LS found the net at Basel and YB recently and can do the same here.

The 277th edition of the Zurich derby is upon us at the Letzigrund with envious eyes from one side of the city to the other as Grasshoppers watch FC Zurich on their seemingly unstoppable title charge. They meet at the stadium they both call home on Saturday just three months removed from their thrilling 3-3 draw earlier this season.

Finally back in the Super League, GC enjoyed a promising start but have now only won two of their last ten games and were disappointing in their 2-0 defeat at the Tourbillon to Sion last weekend. They have found plenty of home comfort at the Letzigrund this season  though, losing only to Basel and Lugano in nine matches.

FC Zurich edged out Servette in Round 19 to maintain their lead at the top of the table and despite technically being the away side in this match, their strong form at home is reason to believe they can keep that gap intact or even extend it further in this round. Perhaps worryingly for FCZ though, they created very few chances against their visitors from Geneva who will feel hard done by to have left with nothing.

With both these sides in good scoring form at home and FC Zurich rather fortunate not to concede last time out, we expect both teams to find the net in a derby that has had that same outcome in its last four.

Sign up to Betfair and get a full refund if your first bet loses. Grab an account through the offer below and place £20 on the 3/1 Swiss Football Best Bets Treble. Here are the two possible outcomes: