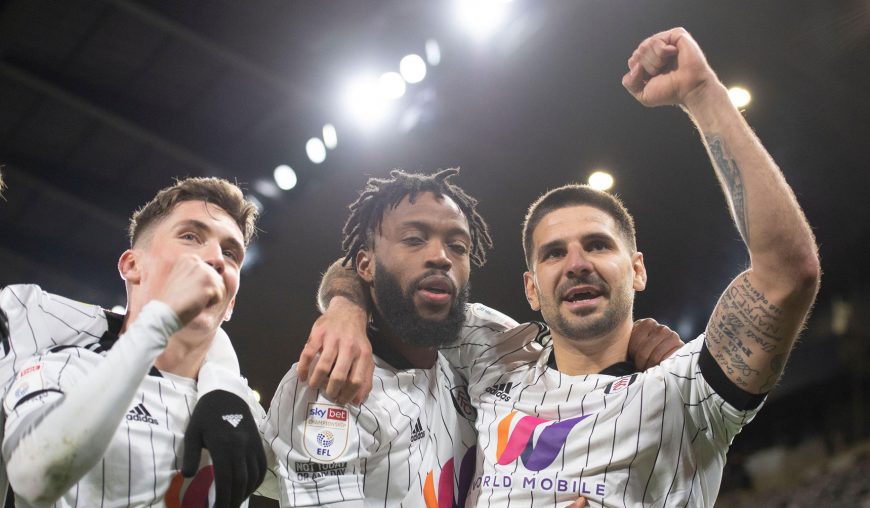 The early kick-off on Saturday sees two of the most in-form sides in the league go head-to-head in what should be an exciting watch to start off a great weekend of football across Europe. So, I’ve put together my top 3 bet builder tips alongside a pre-match cheat sheet for any of you looking to place a bet on the match.

Fulham have been in incredibly strong form this season, leading the league by 6 points at the time of writing. They are also unbeaten in each of their last 7 league fixtures winning 6 and drawing 1 since their loss to Sheffield United. For the first time since November Fulham have also successfully managed to keep successive clean sheets in the championship a feat bettered by the defensively resilient Huddersfield, who have kept three clean sheets in a row.

Fulham are far from confirming the title, as a win for Bournemouth on Friday night would see the lead drop to only 3 points. However, if the West-London team is able to win half of their remaining 16 matches this will mathematically be enough to secure automatic promotion and a return to the Premier League.

Huddersfield have been in even better form putting together a 12-match unbeaten streak and keeping their hopes of playoff alive. The last away defeat for the Terriers was back in November when they were handed defeat by Queens Park Rangers. Huddersfield will hope to keep their streak alive and continue their fine away form when they travel to the capital this weekend. But with Fulham, in fine form and a win needed to stave off the Bournemouth onslaught returning home with any points could be a serious challenge for Carlos Corberan’s men.

Alexsandar Mitrovic to have 2+ shots on target

It’s impossible to place a bet builder on a Fulham game without at least one selection involving this man. As you can see by the pre-match cheat sheet the Croatian is at the forefront of a lot of Fulham’s statistics averaging by far the most shots per game and shots on target at 4.55 and 2.22 respectively. Not only this but he also averages the 7th most fouls per game for Fulham at 1.19 and has the second most yellow card in the squad.

For this selection, we will be focusing on Mitro’s shooting prowess. In their last game against Hull Mitrovic found the net with what was his record equally 31st goal of the season an impressive feat normally but an incredible one when you consider that he has 16 games left to beat it. Quite simply Mitrovic is one of the best strikers the league has seen and with so many games remaining you wouldn’t put it past him to score 40 this season.

Despite having a strong defensive record Huddersfield often face a large number of shots, for example in their last fixture against Sheffield United, despite keeping a clean sheet, they had six shots find the target against them. Fulham have been in lethal scoring form this season netting 78 goals and if they perform to this level Mitrovic will likely find the target at least twice. Alexsandar Mitrovic to have 2+ shots on target is priced at 1.33 on Paddy Power.

Prediction: Alexsandar Mitrovic to have 2+ shots on target

Duane Holmes to be shown a card

As you can see from the cheat sheet at times this season Duane Holmes has had very poor discipline, picking up 8 cards the most of any player eligible to play in this match. He went through a particularly poor spell in December and early January when he picked up 4 cards in 5 games.

There may be some concern as to whether he will start the game having been dropped to the bench for their last fixture. However, Holmes has started 16 of his 25 matches this season averaging 58 minutes per game suggesting even when he does come off the bench he gets a high number of minutes such as against Sheffield where he was brought on as the first substitution of the game in the 66th minute. Equally, Holmes has picked up cards this season after coming off the bench such as against Swansea where he picked up a yellow having been brought on in the 64th minute.

Duane Holmes is priced at 2.63 to be shown a card and if he starts as he has done in 3 of his last 5 league games it looks to be well priced. I recommend waiting for the lineups, but even if he doesn’t start this selection still looks like a good option with him likely to still get minutes in the second half coming off the bench.

Prediction: Duane Holmes to be shown a card

In Huddersfield’s last 5 games there have been 22 cards at an average of 4.4 cards per game. Equally, Fulham’s last 5 fixtures have seen 21 giving Fulham a slightly lower, but still above 3.5, average of 4.2.

Teams travelling to Craven cottage often have a tendency to average a high number of cards with Fulham’s opposition averaging 2.44 cards per game the 4th most in the league. This combined with Huddersfield’s poorly disciplined players such as the previously mentioned Duane Holmes and Lewis O’Brien, who has received 7 cards this campaign, and their average of 1.81 cards away from home suggests that Craven cottage once again could see quite a few cards shown in this fixture.

Finally, referee Tony Harrington has given out 34 yellow cards and 1 red in the Championship matches he’s officiated this season. Despite this being slightly below average for Championship referees at 3.4 cards per game it is very possible that in this hotly contested fixture between two sides in great form this average will increase and the selection of over 3.5 cards will hit.

Over 3.5 cards in this match is priced at 1.91 on Paddy Power and seems like a strong selection for this and other bet builders.

Prediction: Over 3.5 cards in the game

Back the 5.61/1 Fulham v Huddersfield Bet Builder below ⬇️

Sign up to Paddy Power and get a full refund if your first bet loses. Grab an account through the offer below and place £30 on the 5.61/1 Fulham v Huddersfield Bet Builder below ⬇️ Bet Builder. Here are the two possible outcomes:

How to watch Fulham v Huddersfield in the EFL Championship