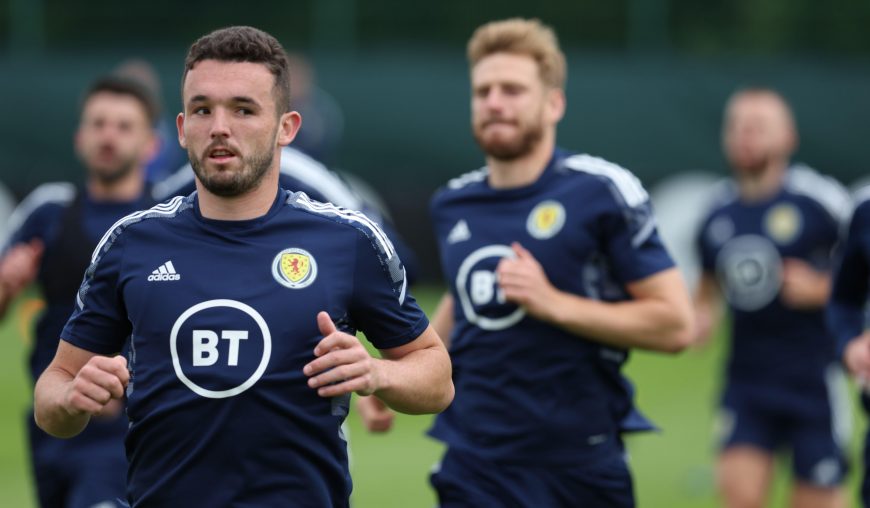 Ireland v Scotland is one of the more amicable relationships between the two adjacent isles. It’ll be all smiles at The Aviva Stadium for both sets of fans before kickoff whose main disagreement will be whether Tennent’s or Guiness is the superior pint.

The last time these two sides met in 2015 there was no real debate that Ireland were the superior footballing nation. However, in 2022 things look bleaker on the Emerald Isle. Back to back defeats to Armenia and a 2nd string Ukraine indicate a low point for Ireland on the international stage. Scotland have been on the ascendency since their last meeting having featured in the most recent Euros and having a decent go at qualifying for The World Cup via the playoffs.

Their disappointing start means Ireland will be desperate to get their first point of the Nation’s League to drag themselves off the bottom of the group. Scotland on the other hand find themselves in 1st after handily dispatching Armenia 2-0 in their first group game. They’ll want to keep the positive momentum going after the playoff heartbreak against Ukraine and will be confident against a struggling Irish side.

I’ve been digging through the stats to select my top 4 “Hot Shots”. These are players I think are good value to test the keeper with a shot on target, or for those less gifted to take someone’s head off in Row Z. These are intended to be used as individual selections but if you’re convinced by my reasoning I’ve combined the 4 as a Bet Builder below.

Scotland in recent years, has produced talent in a limited number of positions. The left back position for instance, has what Scotland fans consider two world class options to choose from in Kieran Tierney and Andy Robertson. These two players have been shoehorned into the left hand side of the team and are backed up by the promising Aaron Hickey. Although on the right hand side, Motherwell fixture Stephen O’Donnel is deployed and does so unremarkably and has done so without much competition.

A similar talent congestion in the middle of the park has produced a more positive result for the Scottish National Team. John McGinn, easily identified as a combative box-box midfielder by Premier League fans has found success being deployed as effectively Scotland’s number 10 for lack of a better option.

Options up front are considerably lacking in goalscoring output and this has seen them playing with their back to goal to assist the midfield. This has seen John McGinn become the main goalscoring threat for Scotland in his repurposed role.

He had 6 shots against Armenia in his last international run out. He is often the one found in space when Scotland stretch the play via fullbacks Robertson and most recently Ralston. It is a clear tactical order by Steve Clarke to create space in the hole behind the strikers for his midfielders to shoot from outside the box. McGinn is generally the one to have a go from this range and much to the delight and frustration of Scotland fans he doesn’t need to be asked twice to get his head down and have a shot.

The vast majority of McGinn’s shots come from outside the box and his accuracy reflects that at 29.3%. From his 6 shots in his last match only 1 hit the target giving him a total xG of 0.31 from a significant number of shots. In the absence of the big man Lyndon Dykes up top, Scotland’s wingers and fullbacks have opted to look for space where John McGinn takes up on the edge of the box rather than speculative crosses to Che Adams.

This Ireland outfit have struggled against 3 at the back formations in their last 2 matches against Ukraine and Armenia. Scotland will line up similarly and Steve Clarke will be aware that balls in the box will be difficult to win against the aerial presence of Duffy, Egan, and Collins even with Lyndon Dykes bald head at his disposal. Therefore, John McGinn will be the nominated danger man to find space behind an Irish midfield without any obvious leader highlighted by the experienced Jeff Hendrick’s less than stellar performance last time out.

Forget what you know about John McGinn for Aston Villa because he’s a completely different animal under Steve Clarke. He’ll have the relatively inexperienced Kelleher to aim at in the Irish goal so expect him to fancy his chances. He’s almost guaranteed to have one effort, but my sure thing pick is for Super John McGinn to put his laces through it twice at odds of 1.83.

The fullback position for Scotland as previously discussed, has been an integral part of Steve Clarke’s success as manager. While he’s spoilt for choice on the left hand side there has been much debate as to who should fill the flank on the opposite side. Stephen O’Donnell has been a decent servant for country including a career best performance against England. While consistent his abilities are limited and the feeling among the camp is that a successor must be chosen to freshen up the squad.

One option is Nathan Patterson who while talented has seen very little domestic action for Rangers and then Everton, respectively. A second option who has defied everyone’s expectations at the start of the season is Celtic’s own Tony Ralston. He capped off a stellar first start for Scotland with a well deserved first goal against Armenia.

Long seen as not good enough for Celtic he couldn’t stop scoring at the start of the domestic calendar under new boss Ange Postecoglou. He eventually lost his place to the very talented Juvranovic, but there was no denying that he made full use of his time in the starting XI and was long overdue an international cap.

He and Scotland’s most acclaimed player Andy Robertson will line up on either side against an Ireland side without their best fullback Seamus Coleman to help them out. The 3 centre backs are not known for their mobility, and I think they will struggle to cover the space Scotland’s widest players will be trying to exploit behind them.

In both Robertson’s most recent Scotland games he’s had an effort after finding himself in space as Scotland utilize their width. Ralston went one better with his first start managing 2 efforts with one resulting in a goal. In Clarke’s system the fullbacks find themselves sometimes as the furthest player forward when Scotland are attacking, so expect them both to be lurking at the back post if the ball becomes loose.

These two players core strengths lie in their attacking abilities, so while they may be identified as wing backs, they are probably better characterized as wingers that track back occasionally. The majority of both of their attempts come from inside the box on their respective sides but both have a decent number of shots being attempted from outside the box.

Ireland really struggled against similar formations in their last 2 outings and these two wide players are far higher caliber than anyone Armenia had to offer. I’m expecting Scotland to dictate the pace and put on the pressure Saturday night. So it’s likely one of these two if not both, will have the chance to have a pop. Robertson is priced at 1.8 and Ralston at 1.91 respectively to register a shot against Ireland.

I’m expecting Scotland to dictate the game giving Ireland’s poor run of form heading into this home leg. The implication of this means I’m also predicting Scotland to have the most goals, most shots, and probably most corners too. This selection is somewhat reliant on Ireland having a decent number of corners so if you think that’s unlikely it’s maybe better to steer clear of this one.

The three Irish centre backs are very traditional ball winning centre backs. Perhaps this is an unfair assessment of John Egan who is definitely more capable with the ball at his feet than his partner Shane Duffy. In fact, looking back at John Egan’s attempts this season I am shocked to report the number of efforts that came from his feet rather than his head. This was usually the result of a knock down from a corner or a free-kick. There are doubts about Egan’s fitness for tomorrow’s game, but if he starts he’s a solid selection to attempt a shot.

The man they aim for from set pieces is generally the Irish mountain Shane Duffy. It’s for good reason too, he wins an impressive 68.6% of his aerial duels historically. He won’t harbour any love for Scotland after his disastrous spell at Celtic saw him return to Brighton with his tail between his legs. He’ll be jumping an inch higher when the ball comes in, with the motivation to prove his doubters in Scotland wrong.

He’s been motivated recently anyway, with 4 shots against Ukraine and 3 against Armenia. This included a respectable bicycle kick attempt in the dying embers against Ukraine, which I wouldn’t encourage you to bet on to happen again. Considering the last 2 games Scotland have conceded against Ukraine and Austria respectively, have seen headed goals go in. I’m expecting Stephen Kenny to utilize his centre backs to pressure Scotland’s defense in the air at corners and set pieces.

Outside of Hanley and Cooper, Scotland’s centre backs are not as traditional ball winners as Ireland’s. Both are unlikely to feature tomorrow, and Clarke will most likely opt for a Mckenna, Souttar, and Hendry combination again. It’s not quite a complete mismatch in the air but add Burnley’s Nathan Collins to the mix and I think they’ve got their hands full. Duffy is priced for 2 shots at 2.1 on Paddy Power.

Sign up to Paddy Power and get a full refund if your first bet loses. Grab an account through the offer below and place £30 on the 14/1 Ireland v Scotland Bet Builder. Here are the two possible outcomes:

How to watch Ireland v Scotland in the UEFA Nations League