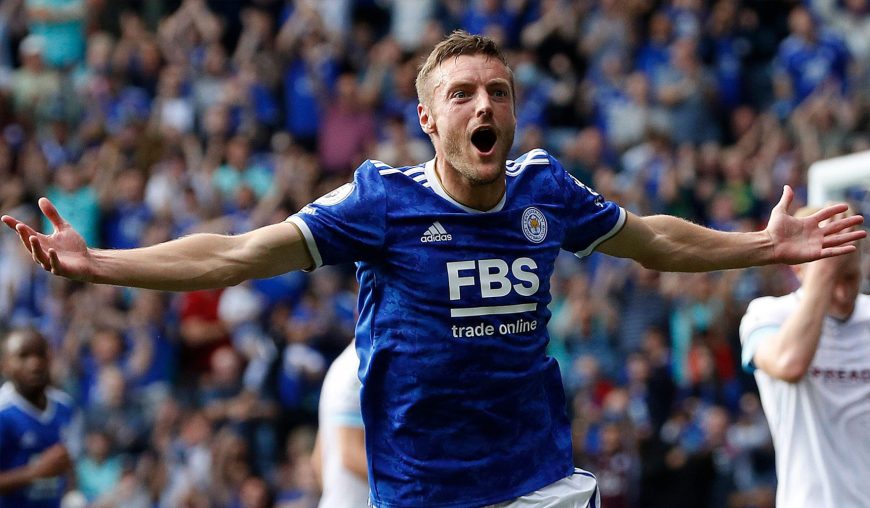 The early kick-off on Saturday is a clash between two sides sitting at the foot of the form table and with both teams desperately needing 3 points coupled with the fresh appointment of Jesse Marsch as the new Leeds manager. I thought this would be a great game to take an in-depth look at the stats and suggest my 3 best Bet Builder tips along with a pre-match cheat sheet and predicted lineups for anyone looking to place a bet.

In Leicester’s last Premier League fixture they were able to secure victory over Burnley at Turf Moor in what was a very solid victory. However, with that win being Leicester’s first in the Premier League since the end of December it is clear to see why they currently sit 12th, a far cry from their finish of 5th last season where they missed out on Champions League football by just 1 point.

The Foxes will be turning the majority of their attention towards European football with their next Europa Conference League clash against Rennes set to take place at the King Power Stadium on March 10. But with Leicester losing 3-1 to Leeds last season and struggling for consistency at home picking up just 18 points from 12 matches this campaign. Brendan Rodgers will still be desperate to secure 3 points on Saturday.

The visitors, enter this match off the back of four straight losses in the league, conceding 17 times in the process, with their last win in the top flight coming away to West Ham on the 16th of January. As a result, they have picked up just 23 points from 26 matches, which has left them in 16th, just two points ahead of 18th-placed Burnley, who have a game in hand. Leeds shocked many in their first season back in the top-flight finishing ninth, but they have found it difficult to compete this term, if they can’t find the form they may return to second-tier with Burnley surviving.

Both Leeds and Leicester are struggling defensively this season, as previously mentioned Leeds have conceded 17 goals in their last 4 games alone at an average of 4.25 per game. Leeds have also conceded the most goals in the league with their opponents having found the net a total of 60 times 5 more than any other team. It is little wonder they are struggling as they face the most shots on target per game at an incredible 6.23 per game since the start of the season. If you are looking for a short odds selection, then Leicester to have at least 5 shots on target is valued at 1.33.

However, the selection that interests me is the away side to do the same. Like Leeds, Leicester have been poor defensively conceding 43 goals this season, more than 15 other teams in the league. Kasper Schmeichel also faces an incredibly high number of shots on his goal only Leeds and Norwich have faced more per game than Leicester, who have faced an average of 5.25 shots on target per game.

With Leeds ranking ninth in the league for most shots on target with an average of 4.17 per game, it surprises me that the price for them to have at least 5 in this match is as high as 2.7. With them already averaging over 4 in the league coupled with Leicester’s propensity to concede shots on target I think there is a real possibility this selection will land.

With both teams struggling defensively this campaign it seems likely that there will be a high number of goals scored in this match. In 2022 matches involving Leeds have produced 37 goals at an average of 4.1 per game suggesting if this trend continues especially with the instability of the manager change this week there is likely to be at least 3 goals in this match.

Equally, in Leicester’s 24 league games this season 82 goals have been scored at an average of 3.4 per game. These two teams have a history of taking part in high scoring matches with Leeds playing 12 games this season with at least 4 goals scored and Leicester playing in 20.

These stats would seem to suggest that Paddy Power backing over 2.5 goals in this game as the favourite at 1.5 is well justified and there is a high possibility of the selection landing if the trend of both these teams’ seasons continues.

This season Leicester have conceded the joint 4th most corners in the league, having given away 152 at an average of 6.33 per game. Equally, despite dropping slightly in home games they still average 5.83 conceded, well above the required rate of 4.5 for this selection to be successful.

Despite averaging marginally below the ideal rate for this selection, Leeds United still take 4.46 corners per game. This coupled with the previous selection in which the stats suggest Leeds will have a high number of shots on target in this fixture, means that it is more than likely that their season average will rise for this game, taking at least 5.

In games against teams who have conceded a similar number of goals to Leicester, this selection has landed. For example, against Brentford, who have conceded one more goal than Leicester, Leeds took 5 corners. Similarly, against Newcastle Leeds also took 5. If this trend continues this selection will land at 1.95 on Paddy Power and will offer a healthy boost to the overall odds of this bet builder.

Sign up to Paddy Power and get a full refund if your first bet loses. Grab an account through the offer below and place £30 on the 6/1 Leicester City v Leeds United Bet Builder. Here are the two possible outcomes: