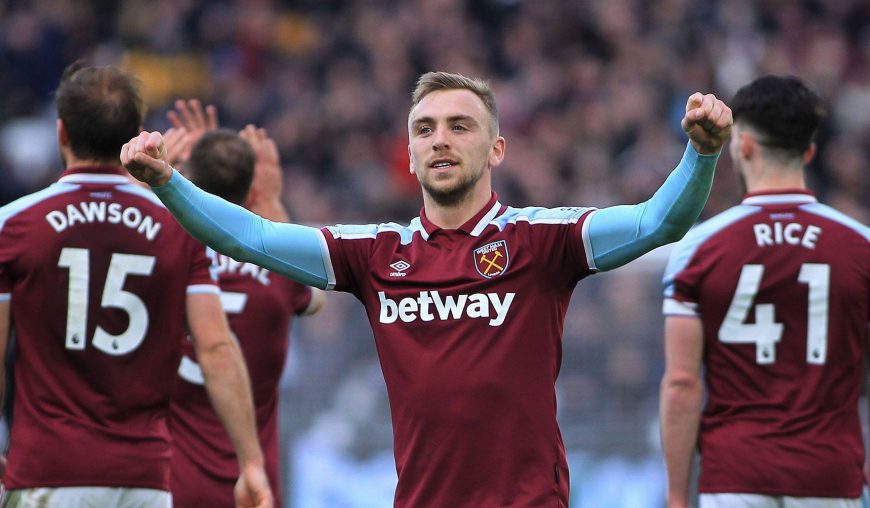 For the final game of the weekend between Leicester and West Ham I’ve had a deep dive through the stats to piece together my favourite bet builder tips along with a pre-match cheat sheet and predicted lineups for you to sink your teeth into.

Leicester have had a dogged time of it in recent weeks they sit 12th in the league table 14 points behind their opposition on Sunday West Ham. Bowing out of the FA Cup in the fourth round after a disappointing 4-1 defeat to Championship Nottingham Forest last weekend failing to mount any form of a title defence. Following that up with a 2-0 loss away at Liverpool in the Premier League on Thursday, to pile more misery on for the Foxes.

It was not a happy return to Anfield for Brendon Rodgers and with his team now sitting 8 places and 13 points worse off than last season the initial murmurs of “He’s not fit for the job” have begun to creep into the King Power Stadium. Rodgers will hope to turn Leicester’s fortunes around and get The Foxes fans back on his side with his team’s first win on home soil in 2022.

Unlike Leicester West Ham have performed well on the pitch, currently sitting 4th at the time of writing with Champions League hopes still very much in the minds of Hammer’s fans. However, they have been criticised for their decision-making off the pitch this week, following the incident involving centre-back Kurt Zouma you have no doubt seen on social media.

Despite his brother, Yoan, being suspended by Dagenham and Redbridge Moyes baffled onlookers by stating Zouma in West Ham’s 1-0 victory over Watford midweek. Sullying the atmosphere significantly of an important victory that saw the Hammer’s return to the top 4th thanks to United failing to win on the road in Burnley.

West Ham will have to put their off-field problems on the back burner as with Arsenal, United and Spurs all breathing down their neck the final Champions League place is far from a forgone conclusion. A win against struggling Leicester would go far in that race with United and Tottenham both faltering in recent fixtures.

I’m expecting more of the same in this fixture with four of Leicester’s last five fixtures having produced goals at both ends of the pitch while West Ham have only failed to score in one of their last six games in all competitions, so you can see why I am not backing either side to keep a clean sheet and there to be plenty of goals this weekend.

Equally, players like Jarrod Bowen have been absolutely flying recently scoring 5 goals in his last 5 fixtures in all competitions. Coupled with the 3 other players in West Ham’s squad who have scored 5 league goals this season suggests that The Hammers has serious potential to score lavishly, as they have done historically, in this fixture and over 2.5 goals is well priced to hit at 1.6 on Paddy Power.

As previously mentioned, The Hammers arrive flying high in 4th position and have won four of their last six matches in all competitions, while Leicester have failed to win any of their last 4 games losing 3. West Ham also have a good recent form against the Foxes, winning all of the last three meetings between these sides in the Premier League, including a comfortable 4-1 win at home back in August.

Leicester are still without key players such as Jamie Vardy, Wesley Fofana, Jonny Evans, Timothy Castagne and Ryan Bertrand due to injury, while Nampalys Mendy is doubtful after his success with Senegal in AFCON. While West Ham have a virtually fully fit including Kurt Zouma who Moyes confirmed was available to play.

Leicester have been poor at home in 2022 allowing Tottenham 2 goals in added time and failing to win when they hosted Brighton despite leading for most of the game. In contrast to this West Ham have been strong away from home winning 6 of their 12 games this season and with this being such an important game for The Hammers in terms of the race for the Champions League I think West Ham to win is well priced at 2.4 on Paddy Power.

For this final selection, form and my pre-match cheat sheet play a large role in my decision to back Jarrod Bowen to have 2 or more shots on target in this game. As previously mentioned, Bowen is in very strong form scoring 5 goals in all competitions from his last 5 games and I have highlighted 3 of those games to delve further into his stats.

As you can see Bowen has not only been prolific in front of goal in recent games but has taken a very high number of shots. Reiterated by the cheat sheet which shows Bowen takes the second-highest number of shots per game for his team at 2.61 and has the highest number of shots on target. Although this number is only 1.02 the cheat sheet takes into account the players stats for the entire league season in which Bowen struggled at the start. Therefore, with Bowen’s recent form I back him to find the target twice in this game priced at 2.8 on Paddy Power.

Sign up to Paddy Power and get a full refund if your first bet loses. Grab an account through the offer below and place £30 on the 7/1 Leicester v West Ham Bet Builder. Here are the two possible outcomes:

How to watch Leicester v West Ham in the Premier League