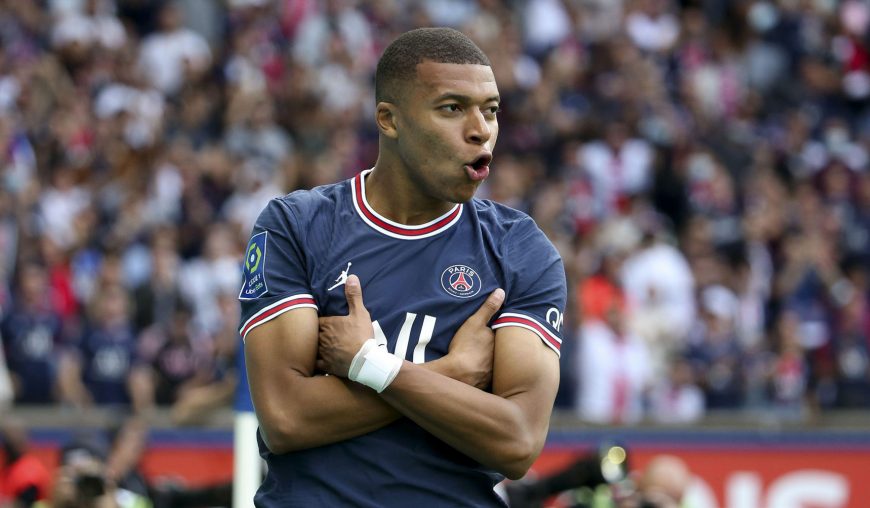 For this Bet Builder article, I’ve turned my attention to the French league and the clash between titleholders Lille and the Parisians of PSG.

Lille have had a very poor title defence. Despite performing so well last year shocking many by taking the title away from Paris for the first time in 3 years, Lille now sit 19 points off the pace in 11th. With only 32 points at just past the midpoint of the season, Lille fans will fear they may take the record of worst French title defence ever, currently held by Montpellier who in the 2012/13 season finished 9th with a 30 point drop off from the season before.

This lack of points stems predominantly from their away form having lost 5 on the road this season, so Lille fans will be glad the Parisians are travelling to the Stade Pierre Mauroy on Sunday a venue they are 9 games unbeaten at and where 60% of their total points have been won this season.

PSG has had a strange season as despite leading the league by 10 points with a game in hand the players and especially manager Mauricio Pochettino have come under fire. Rumours have circulated in the last week that Poch might not make it to the end of the season and an insider told French newspapers that he definitely ‘won’t be in charge” next year. This spark in questions over the manager’s ability has come after being unceremoniously dumped out of the cup by title rivals Nice and importantly for Lille failing to win their last 3 on the road.

With PSG desperate to bounce back after their recent cup performance and in need of form before their Champions League clash with Real Madrid in 10 days time this should be a really interesting game.

The first selection for this Sunday night Bet Builder is the classic Both Teams to Score. If you look at the head to head stats between these two teams it is clear as to why both teams to score is the favourite. PSG are without a clean sheet across their last three clashes against Lille.

Similarly, the hosts have failed to keep a clean sheet for 6 games. PSG have also been uncharacteristically leaky in defence this year conceding an average of just over a goal per game away from home a trait that in form striker Jonathan David will hope to exploit. David is the top scorer for Lille this season with 12 Ligue 1 goals and the Canadian striker scored in the reverse fixture.

However, PSG is still incredibly strong in attack as despite Messi struggling to find league form, scoring only once, and Neymar out injured they’ve still managed to net an average of 1.4 goals per game so far this season. Due in no small part to Kylian Mbappe who has 10 league goals this season.

Both teams to score is priced at 1.65 on Paddy Power and with PSG’s inconsistent defence it seems like a strong selection.

As I said previously the gulf in class between these two sides this season has been clear. Lille have been off the pace that has been set by the French giants, PSG has only lost one fixture all season and I think it is unlikely Lille will be the second. PSG also comes into this game following an impressive 4-0 win in the league against Reims a game in which Marco Veratti was exceptional scoring a brace.

Despite some issues for PSG with Neymar out injured and Messi struggling for form their squad depth is just phenomenal, their attacking threats include Di Maria, Mbappe, Icardi and Messi and if the strike force fails to score PSG often find their goals from other sources, shown in their previous fixture where none of the 4 goals were scored by conventional ‘forwards’.

Lille have strengthened their team in the January transfer window, bringing in Hatem Ben Arfa, who I expect to start. However, I think PSG will just be too strong and the result will go the way of the return fixture with a PSG win priced at 1.8 on Paddy Power.

Kylian Mbappe signed his pre-contract at Real Madrid in January, a contract that will see him paid an eye-watering 800k a week. Despite this, Mbappe has made it clear he will continue to perform to the best of his abilities until he packs his bags for sunny Madrid in the summer.

This will come as no shock to the majority of people as the deal for Mbappe has merely been a matter of actually making it official for a number of months since PSG turned down a staggering £189 million before the start of the season, instead electing to allow the player to walk on a free in the summer. Some people really have more money than sense if you ask me.

Anyway, Mbappe is clearly PSG’s main outlet in this game with the team’s previously mentioned issues in attack. The Cheat Sheet seems to support this with Mbappe averaging 1.5 shots on target this season and taking a massive 4.17 shots per game. Mbappe is favourite to have 2+ shots on target at 1.5 on Paddy Power and it is clear to see why with his own personal stats and Lille facing 6 shots that found the target in the reverse fixture this selection seems to be in with a strong shout.

PSG average 5.68 corners per game making them the 4th highest team in the league for corners taken per game. Similarly, in their last two fixtures, they took 14 and 9 corners in those games admittedly against weaker opposition but it is clear from this that PSG definitely has the potential to take a high number of corners in a game let alone the 4 required for this selection to be successful.

Equally, Lille concedes a high number of corners averaging 5.05 against them this season and allowing another title rival Marseille 14 corners in a recent game. Marseille are of a close ability to PSG this season with arguably a weaker attack so a similar outcome could take place on Sunday with Ivo Grbić’s goal being peppered resulting in multiple corners.

PSG over 3.5 corners is priced at 1.29 on Paddy Power and will offer this Bet Builder a decent odds boost.

Back my 6/1 Lille v PSG Bet Builder below ⬇️

Sign up to Paddy Power and get a full refund if your first bet loses. Grab an account through the offer below and place £30 on my 6/1 Lille v PSG Bet Builder. Here are the two possible outcomes:

How to watch Lille v PSG in Ligue 1