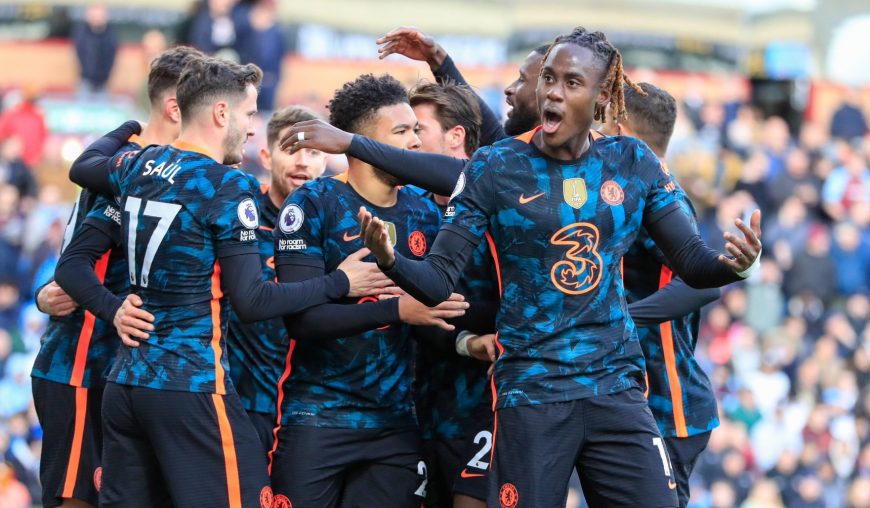 Middlesbrough take on Chelsea in the FA Cup on Saturday evening, as both sides will be looking to book a place in the semi-finals. This is a match that has been in the spotlight because of the latest sanctions against Chelsea, but when the referee blows his whistle, it will be time for the players to do the talking on the pitch.

Middlesbrough have had an impressive run to this stage of the competition. They edged past Mansfield 3-2, which set up a game against Manchester United. They were able to get the better of The Red Devils, drawing 1-1 but beating them on penalties. Their next task was a home tie against Spurs. They yet again embarrassed Premier League opposition as they ran out 1-0 victors.

Chelsea have had an easier run to this stage of the cup than their opponents. They breezed past Chesterfield 5-1, beat Plymouth 2-1 after being taken to extra time and then came from behind twice against Luton to win 3-2. Despite having lower quality opponents on their cup run than Middlesbrough, Chelsea’s matches have been full of drama, as The Blues have made it difficult for themselves.

These two sides met in the 1998 FA Cup final, as Chelsea ran out winners 2-0, which is a game most memorable for Roberto Di Matteo scoring the opening goal in the first minute. This is the only time that Middlesbrough have made it to the FA Cup final, with Chelsea managing to win the competition eight times. With The Blues making it to the final in four of the last five seasons, they will be looking to win the competition this year after falling at the hands of Leicester in last year’s final.

With Chelsea also winning the last FA Cup meeting with Middlesbrough 2-0 back in 2013, this is part of a run of eight previous meetings between the two sides in which Chelsea have won.

Have a look at the Cheat Sheet below, as well as my bet builder selections, as we wait to see who progresses in the FA Cup.

With Kai Havertz in high flying form, Romelu Lukaku has been sidelined in recent matches as he has failed to smoothly transition himself into Chelsea’s style of play. With the FA Cup presenting Tuchel with an opportunity to rotate the side, Romelu Lukaku will surely be the first name on the team sheet, as he is deserving of some match time.

Lukaku manages to average 2.15 shots per match, showing that he has continued to be an attacking outlet for Chelsea, despite not producing a goal tally that he would be happy with. Out of those shots, the 28-year-old manages to average 0.74 shots on target per match. Despite this number being slightly disappointing, I expect him to have more chances against Middlesbrough, as even though they may take the game to Chelsea, they are a side with a less amount of quality. The difference in competitiveness between the two sides should mean that Lukaku is able to generate a larger amount of goalscoring chances than his average in the league, as he has proven to do in the FA Cup so far this season.

Due to the fact that it is more likely that Lukaku will manage to get more shots on target, the Belgian manages to average 0.5 goals per shot on target that he has. This means that if he manages to hit the target twice, which is entirely possible against a side in a lower division such as Middlesbrough, his averages would suggest that he would have at least one goal.

Looking at the previous form of both sides, it seems like there will be over 1.5 goals in this fixture, as Middlesbrough are no strangers to Premier League opposition in the cup and want to cause Chelsea some trouble.

In the three games that Chelsea have played in the cup, there has been a total of 164 goals, averaging out to just under five goals per game. Because of the frequency that goals occur in Chelsea’s cup matches, this statistic proves that this selection should be easily achievable. With Chelsea scoring two goals or more in every FA Cup match this season, this would simply settle this selection, disregarding the trouble that Middlesbrough could cause them. Chelsea have also conceded in every FA Cup game this season, providing Middlesbrough with a nice amount of hope that they will find the back of the net.

In the league, Chelsea manage to score an average of 2.04 goals per game. This shows that they don’t have trouble when getting on the scoresheet, as a couple of goals are normally a routine part of Chelsea’s games. Because of this, over 1.5 looks very achievable.

Middlesbrough, on the other hand, average 1.3 goals scored in the league, and 1.08 goals conceded. This yet again backs up the selection as it seems they are bound to concede against a top-quality Chelsea side, but they would also be confident in finding the back of the net themselves, providing us with a large chance of goals in this fixture.

It seems like regardless of how hard Middlesbrough will push Chelsea, The Blues will most likely get the better of them due to their higher level of quality. Looking at potential weaknesses in the Middlesbrough side, I’ve landed on Matt Crooks to be shown a card.

Crooks isn’t afraid of getting the odd booking, as he has picked up a tally of 11 yellow cards so far this season, which places himself as the player with the second most amount of yellow cards so far this season. Also having a red card in his collection, Crooks gets booked on an extremely frequent basis. With the quality of players that Chelsea have, there is some phenomenal talent that can draw a large amount of fouls. With Crooks being the culprit of rash tackles on a very frequent basis, it seems to me that he is most likely to fall victim to some fancy footwork, when Chelsea try to advance through the Middlesbrough defence.

With Crooks committing an average of 1.87 fouls per game, he is always in the thick of action as he is well aware of his defensive responsibilities. Picking up two yellow cards in his last three league games, this shows that Crooks is not yet at the end of his recent habit of getting booked.

With Loftus Cheek as a potential starter drawing 3.3 fouls per game, Hakim Ziyech drawing 2.9 and Christian Pulisic drawing 2.57 fouls per match, Crooks is going to have more trouble dealing with these types of players rather than the ones that he usually faces in the Championship, suggesting that the chance for him to be booked is even greater.

Back the 9/1 Middlesbrough v Chelsea Bet Builder below ⬇️

Sign up to Paddy Power and get a full refund if your first bet loses. Grab an account through the offer below and place £30 on the 9/1 Middlesbrough v Chelsea Bet Builder. Here are the two possible outcomes:

How to watch Middlesbrough v Chelsea in the FA Cup