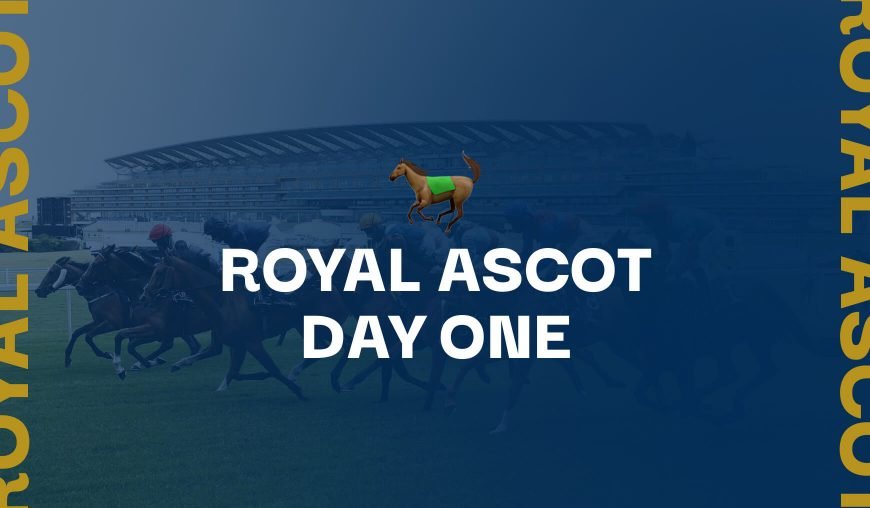 The weather forecast suggests a hot and sunny week for the eagerly-anticipated flat season extravaganza at Royal Ascot – with 26 degrees Celsius expected towards the end of the week. The ground is currently Good to Firm (Good in places), which will only quicken from race-to-race during each day. Quick-ground types are essential for punting purposes, with high-draws likely to be favourable in big-field handicaps on the straight course.

We kick off with The Queen Anne Stakes, a Group One contest over a straight mile of the Berkshire venue. BAAEED bids to remain unbeaten following an imperious seven wins from seven starts, including a trio of Group One victories. He looks bombproof, with 7lb between him and his nearest rival in the seven-runner event, on official ratings. Jim Crowley’s mount won as he liked on reappearing in the G1 Lockinge Stakes at Newbury, breezing to an effortless three-and-a-quarter-length success from the reopposing Real World. At his prohibitive odds, the bet in the race is likely to be who will finish second for the exacta/forecast. Real World, himself, has something in hand on the figures compared to the others (excluding Baaeed) and boasts excellent form on turf, with five wins from six starts.

My expert has picked out the following bets for Race 1 👇🏼

BLACKBEARD is an obvious selection in the G1 Coventry Stakes, over 6f. Aidan O’Brien bids to win an incredible tenth renewal and has two strong candidates. Age Of Kings is progressing well but preference is for the aforementioned, who is three from three, including a dominant success in the G3 Marble Stakes at Curragh. He’s certainly bred to be a Royal Ascot winner too, by No Nay Never, a wildly impressive winner of the G2 Norfolk Stakes in 2013. With three starts already, the selection has more experience than most of this field and looks to have a favourable draw in 14. US bred favourites (or co-favourites) have a tremendous record in this race – with seven winners from 14 attempts. One at a bigger price who could go well is the Clive Cox-trained SCHOLARSHIP. The stable won this race in 2020 with longshot Nando Parrado, who caused a huge shock when scoring at 150-1. It’s not beyond the realms of possibility that the front runners could set this up for a closer finish, with Scholarship certainly bred to appreciate a stiff test, out of a mile winner, herself a half-sister to a Group placer. He ran green on debut before getting the hang of things to win going away at Haydock and could be delivered into a place late on. Waiting All Night is the forecast outsider of the field but isn’t completely out of this stepping up in trip, aiming to emulate his sire, Rajasinghe, who won this race for the same stable in 2017.

My expert has picked out the following bet for Race 2 👇🏼

The feature of the day is the G1 King’ Stand Stakes, over 5f, which promises to be a spectacular and thrilling sprint. Wesley Ward – who is no stranger to success at the Royal meeting, with 12 winners, including in this race with superstar filly Lady Aurelia in 2017 – saddles likely favourite, the speedball, Golden Pal. If he gets a jump on his rivals the race may be over in the first couple of furlongs, but another international runner could prove the one to beat. Australian star sprinter NATURE STRIP, an eight-time Group One winner, is 3lb ahead of Golden Pal on official ratings as is likely to be given the perfect lead into the race from three stalls away in box 10. His blistering speed can see him on top in the finish, ahead of a host of potential fast finishers. TWILIGHT CALLS has been nibbled at in the market prior to the event. He’s an extreme hold-up ride and a strong traveller who needs to be delivered late. He’s likely to have the perfect scenario to display his immense cruising speed and is one to note for a place. EXISTENT is another who could run on into a minor place, granted an end-to-end gallop, after shaping well at Haydock last time.

My expert has picked out the following bet for Race 3 👇🏼

Coroebus will be all the rage after an impressive victory in the G1 2000 Guineas at Newmarket on reappearance. He produced an excellent turn of foot that day but may have been slightly fortunate to be drawn low, where there was a track bias evident. Stablemate Native Trail had to come from a disadvantageous position, along with LUSAIL who reopposes this afternoon. He may have finished fourth but for interference, having to switch at a crucial point, and was also bumped in the process of making his challenge after the dip. He shaped better than his finishing position suggests. He looks the value play to get closer to the favourite. This will be the son of Mehmas’s second start over this trip, with the promise of further improvement and should not be underestimated at a tasty each-way price.

My expert has picked out the following bets for Race 4 👇🏼

The 2m4f Ascot Stakes is a fiendishly difficult handicap to solve. The front pair in the betting are likely to be the Willie Mullins and Gordon Elliott-trained Bring On The Night and Pied Piper. Both have raced successfully over hurdles prior to this switch back to the flat and are obvious contenders but have been well found in the market. ARCADIAN SUNRISE ran with plenty of promise in the ultra- competitive Chester Cup when a keeping-on fourth. His finishing effort needs upgrading on a course which wouldn’t have been ideally suited. This galloping track is likely to play to his strengths and he remains a progressive type from the same handicap mark. The jockey booking of the excellent Harry Davies, claiming 5lb, catches the eye and he looks poised to be involved at the business end. Last year’s shock winner RESHOUN could be a danger to all from the same mark of 97. He’s got a wide draw to contend with but holds excellent place claims, nonetheless. Another to consider at big odds is a return to form for Who Dares Wins, a previous Royal Ascot winner who is 6lb below his last winning mark.

My expert has picked out the following bets for Race 5 👇🏼

The penultimate race is a Listed contest and a close-knit affair on the figures, with little separating most of the field. Last season’s winner, JUAN ELCANO, is likely to play a leading role at the finish after a pleasing comeback third at Sandown in Group three company. He should benefit enormously for that run. Fast ground is the key to him – and with conditions in his favour – he could prove hard to catch from a decent draw in seven. PEROTTO is somewhat of a dark horse for this after a break. He’s a Royal Ascot winner, delivering a late surge to win the Britannia Stakes Handicap last season, and is completely unexposed on only his second attempt at this distance. It would be folly to write him off despite the lack of a recent run at a double-figure price.

My expert has picked out the following bets for Race 6 👇🏼

Cleveland heads the betting in the finale after a determined win in the valuable Chester Cup Handicap last month. He is expected to be popular after swerving a couple of Group races later in the week for this prize. It wouldn’t surprise if the son of Camelot defies a 5lb hike in the weights as a potential Group performer in a handicap, but a chance is taken on a slightly bigger priced runner. STOWELL represents last season’s winning stable and is making his handicap debut from a mark of 104. That may appear steep on the face of it but he has strong form to back up the lofty rating. He ran a career-best third in the G2 Queen’s Vase over course and distance last year, prior to fair efforts in tough spots this campaign. He ran a neck behind Third Realm at this track, who subsequently scored by six lengths in the same grade at Goodwood. The selection is a lightly raced type who is completely unexposed and could strike on first run in handicap company.

My expert has picked out the following bets for Race 7 👇🏼

How to watch Day 1 of Royal Ascot