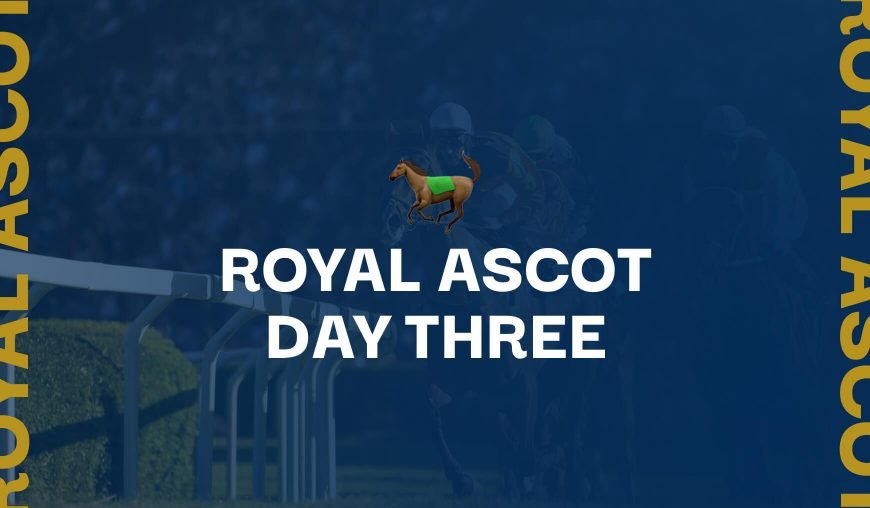 This season’s 5f G2 Norfolk Stakes has the joint-smallest field since 2014, indicating it may not be as competitive as it can prove to be. Look no further than Aidan O’Brien to kickstart the day with yet another Royal Ascot success, with his THE ANTARCTIC heading the betting after a pair of impressive victories, even allowing for the narrow winning margins. He made a winning debut despite showing distinct inexperience when ducking out of the stalls. During the race itself, he displayed a high cruising speed throughout and had plenty more in hand than the winning margin suggests. Again, next time out, the grey youngster ran green and looked briefly in trouble at the 2f pole before finishing his race off strongly once asked for more effort. An expensive 750,000 yearling, and brother to the top-class sprint Battaash, he looks tailor-made for this stiff 5f at Ascot. One who may outrun their odds is longshot THE RIDLER, who suffered trouble-in-running at Beverley last time. He could improve significantly with a strong test over this trip and may be one to run on into a place for trainer Richard Fahey, who landed this prize last season with Perfect Power.

The Antarctic to Win Outright

Newfoundland is the selection in the fiercely competitive King George V Stakes Handicap. A slow maturing three-year-old who was touted as an early candidate for the Epsom Derby by trainer Aidan O’Brien. He belatedly got off the mark on fourth run, stepped up to 1m5f to win with plenty of authority at Navan last month. He was short of room in his run, which had threatened to compromise his winning challenge, but once out in the clear the result was never in doubt. He scored with an abundance of petrol left in the tank. Bred to be a champion, he is a brother to Epsom Oaks winner Snowfall, with his dam a Group Three scorer and sister to 1m-1m4f dual Group One winner Found. He is likely to have something in hand from an opening handicap mark of 90, which appears generous, and ought to be staying on strongly when swinging into the home straight under the excellent Ryan Moore. Low draws fared best on the round course on Tuesday which bolsters confidence here with the selection berthed in stall five. He can get into an excellent position from the start.

The defection of Epsom Oaks second Emily Upjohn was blown the G2 Ribblesdale Stakes wide open. Sea Silk Road looks the obvious port of call following her gutsy win in the Listed Height Of Fashion Stakes at Goodwood over 1m2f. The daughter of Sea The Stars proved far too strong at the finish and is likely to relish the quick conditions according to her trainer, William Haggas. She may face a stern test from the Jessica Harrington-trained MAGICAL LAGOON. She is the clear pick on the figures, now a 107-rated horse following a short-head second on reappearance in the Listed Salsabil Stakes at Leopardstown behind Concert Hall, who ran an excellent fourth in the G1 Epsom Oaks subsequently. She’s bred to appreciate this rise in distance as a sister to a pair of winners over 1m4f and 2m. Her trainer is a dual Royal Ascot winner, saddling a brace of Coronation Stakes winners and holds a strong chance to register a third success at the Royal Meeting. Life Of Dreams stayed on once the race was over behind Emily Upjohn in the G2 Musidora Stakes at York. She’s the most likely danger to the selection now over a trip which will draw out her stamina-laden pedigree.

The feature race of the day is the prestigious G1 Ascot Gold Cup, run over a stamina-sapping distance of 2m4f. Stradivarius bids to win a remarkable fourth victory in the race, which would see him emulate the great Yeats, who is the winningmost horse in this event. The superstar won consecutive renewals between 2006 and 2009. The John and Thady Gosden-trained son of Sea The Stars returned with a one-length win in the G2 Yorkshire Cup Stakes and ought to relish the quick conditions on offer. The withdrawal of Trueshan and Princess Zoe may detract from the quality field but the presence of ‘new kid on the block’ KYPRIOS is an exciting proposition. Aidan O’Brien has been bullish in his words for the hugely progressive Galileo colt, who despatched his inferior rivals by a whopping 14-lengths in the G3 Saval Beg Stakes at Leopardstown over 1m6f. His trainer believes he’ll have no trouble going up in trip and have any amount of improvement within range. Kyprios is the standout bet on the card.

WHOPUTFIFTYINYOU is the main selection in the Britannia Stakes Handicap. The unbeaten Twilight Son colt was given a timely boost when the horse he defeated by half-a-length in a Haydock handicap, Mighty Ulysses ran an excellent fifth in the G1 St James’s Palace Stakes (beaten less than a length) on Tuesday. Whoputafiftyinyou has scope for further progress, with a strongly run mile looking likely to suit with his late run style. He could still be a step ahead of the handicapped despite a 10lb for his last win. Another who is potentially ahead of his current handicap mark is the Charlie Hills-trained WANESS, who scored in back-to-back novice events prior to a successful handicap debut on reappearance at Sandown over a mile. The son of Le Havre looked to have a mountain to climb once the lead slipped clear 2f from home last time under a clever ride. He quickened smartly off a steady pace to win with plenty to spare at the line. A 7lb rise in the weights could underestimate his potential and rates one of the major contenders in the line-up. He is also a course winner which is a positive.

Reach for the Moon can justify his short-priced favourite status and deliver a poignant success for his owner, her Majesty The Queen, in the year of her Platinum Jubilee. The three-year-old Sea The Stars colt is 6lb clear on official ratings and is expected to stamp his quality on this small field following a satisfactory comeback at Sandown. He was reported to be 80% fit by trainers John and Thady Gosden prior to his reappearance and was coltish before the race. The form has been boosted after his conqueror ran an excelled third in the G1 St James’s Palace on Tuesday. This has been the target subsequently and it would be surprising if he was not able to make his mark at Group level. He’s entered in the G1 Eclipse at Sandown next month which indicates the high regard they keep him in.

Reach For The Moon to Win Outright

A trio of double-figure prices appeal in the 7f Buckingham Palace Stakes Handicap to conclude Thursday’s action at the Berkshire venue. I’m taking on those at the front of the market with three who have excellent course form. The Victoria Cup at this venue earlier in the season looks to be a key piece of form, where CHIEFOFCHIEFS got no run whatsoever from the back of the pack. He is fairly treated on the pick of his course form (a Silver Wokingham winner) and can be delivered late into the equation. OUZO make a pleasing reappearance when a neck second at Sandown on stable debut. He is 2lb lower than last running an eyecatching fourth in last year’s Royal Hunt Cup. He was repeatedly denied a clear run and would have finished second with any luck in his effort. A stiff 7f is likely to play to his strengths and is another chance in a wide-open contest. First-time cheekpieces could spark improvement too. The third of the selections is an each-way play on STAR OF ORION. Ralph Beckett’s four-year-old is lightly raced and ran second over track and trip from a pound lower in the weights last season. He faired well on comeback effort when eighth in the Victoria Cup and is likely to come on plenty for that run.

How to watch Day 3 of Royal Ascot