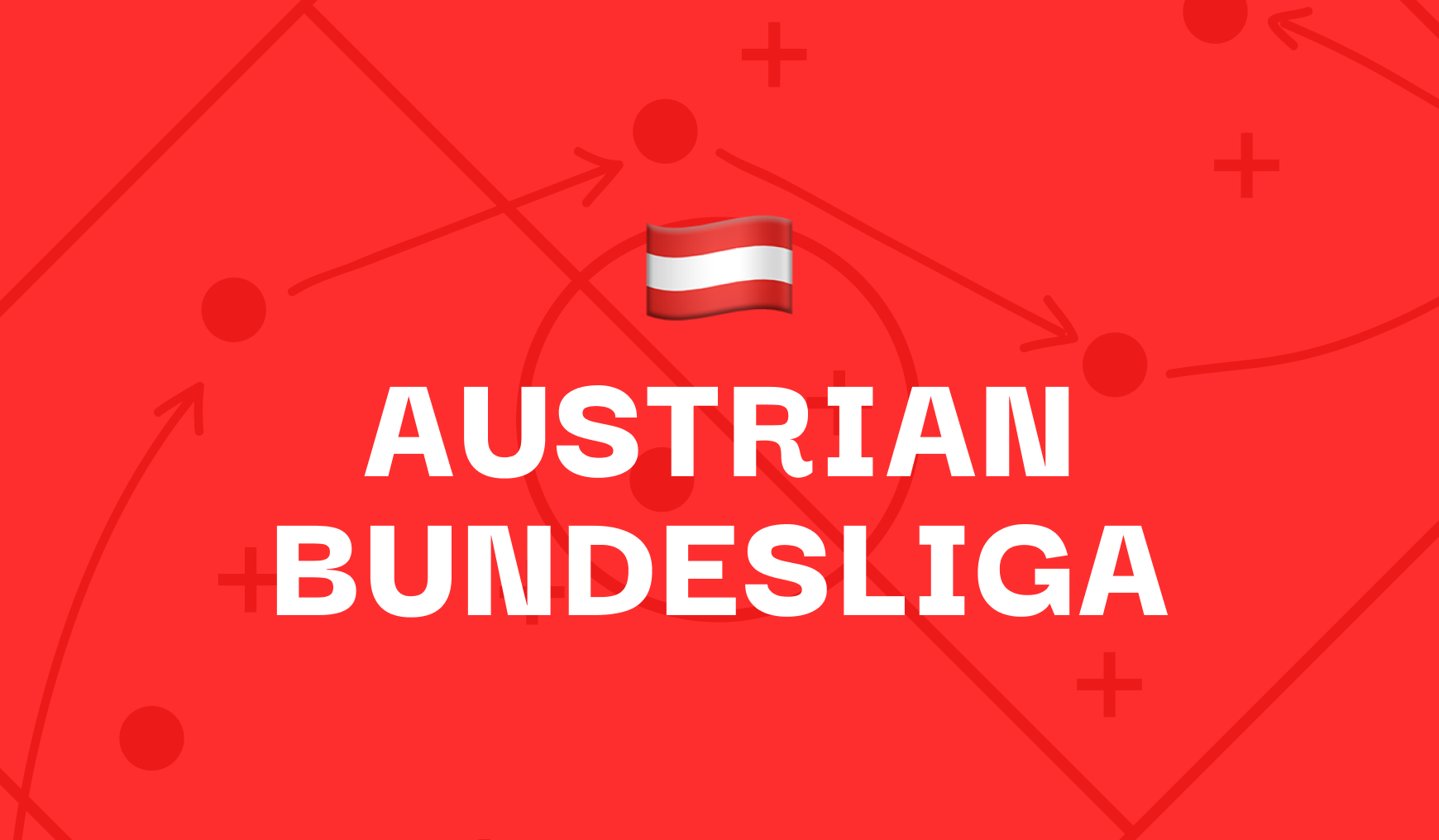 Admira and Ried get the Austrian Bundesliga’s “Relegation Round” underway on Saturday. The points have been halved, pushing the hosts to within four points of their guests in the battle to avoid relegation, and at best qualify for the UEFA Europa Conference League via the back door of the domestic playoffs.

Admira started well in last weekend’s 2-1 defeat, but they faded weakly in the second half, reminding us of why they’ve lost each of their last six home games, a wretched run dating back to a win against lowly Altach in October 2021. Ried had their keeper sent off harshly and then conceded an 88th-minute goal last time out which ultimately cost them a place in the top six, something which will undoubtedly still sting for Robert Ibertsberger and his side, but it shouldn’t be overlooked that they managed a creditable 2-2 draw against a strong Sturm side.

Ried’s goal difference tally is actually four worse off than Admira’s, but that is mostly down to an early season drubbing at the hands of Salzburg, so it’s not necessarily representative. With keeper Andi Leitner in goal for Admira, the home team also has a decent defensive record for a team so far down the table, but after coming so close to the safety of the top six, Ried will be the ones looking at the standings and aiming to win the “Relegation Group”. The visitors are unbeaten in four games and have defeated their last three “bottom-six” opponents, so we’d fancy them to kick on in the group with a win here, despite not playing at home where they’re at their strongest.

Both teams come into this meeting in poor form, to say the least. Altach have suffered ten straight defeats; for Hartberg, four losses on the bounce in all competitions cost manager Kurt Russ his job, so the experienced Bundesliga coach Klaus Schmidt will be in charge of the East Styrians on Saturday.

Schmidt hasn’t had long to get to know his new team, but watching the tape back from last week’s defeat, he’ll find it hard to comprehend how his side failed to get on the scoresheet despite an utterly dominant display against WSG Tirol. Hartberg’s players aren’t far away from a result, and although they’ll be expected to get one here, they lack the out and out threat of a clinical finisher at the moment. Altach have faced questions all season about not having a squad at the level required for this league, and they have a terrible habit of falling behind in the early stages of games, leaving themselves in impossible situations.

The hosts will have pressed the reset button ahead of the “Relegation Group”, and they’ll be fired up for this one against a beatable Hartberg team. Their losing run has to end somewhere, but the problems for both teams at the moment stem from a worrying lack of goals, leading us to believe this one will be a tight game without too many moments of goal-scoring quality.

LASK and WSG come in off the back of contrasting weekends in the Austrian Bundesliga. LASK racked up a whopping xG value of 2.28 in their last game without scoring, as they lost 1-0 away to WAC, whereas WSG Tirol somehow pulled off a 1-0 win over Hartberg despite their measly xG of 0.26. On the whole, WSG tend to go well against LASK, the last seven meetings between the sides have yielded three draws and two wins apiece, however LASK have come out on top in the two most recent matches.

The home side’s recent good form stalled somewhat in the last two goalless games, although they did play well against two sides in the league’s top three. They’ll be the most ambitious side in the “Relegation Group”, and will have their sights set on seventh place and a route into Europe, so expect them to come out fighting on Sunday, with Alexander Schmidt, Andreas Gruber and Sascha Horvath all overdue a goal after getting into plenty of good positions lately. Their attacking mentality could leave them vulnerable to their visitors though, who will be in high spirits after the three points from last weekend.

The guests will also be by far the fresher team, given that LASK have been in UEFA Europa Conference League action away from home on Thursday, so we fancy their chances of getting on the score sheet, if not necessarily winning the game. LASK’s defensive record of 29 goals conceded is the best in the group, but they’re likely to be missing Petar Filipovic, and Philipp Wiesinger’s error in the last game was one of several occasions where they struggled at the back, even if they were granted two VAR reprieves last weekend. The LASK defence was also given an exhausting workout in their latest European game, so we can see both teams scoring in this one

The fixture list has thrown up a rematch between two teams who went head to head to reach the “Championship Group” last Sunday. Clearly, both sides made it through in the end, but it was Rapid who won 3-0 at home to secure their passage, whereas Klagenfurt had to rely on a late goal in another game to save their top-six status.

As the group outsiders, Klagenfurt will have a release of pressure for the challenges ahead, and as they’re safe from relegation already, their target for the season has been met. They’re also up against a Rapid side with a very similar overall record in this campaign, and despite the heavy defeat last weekend, they’ve been above Rapid in the table for months and could easily have got on the scoreboard to make the game closer after creating very good chances for Markus Pink and Rajko Rep amongst others. Back in the comforts of their Carinthian home, they’ll fancy getting revenge this weekend.

Rapid themselves will be relieved to have met their minimum goal of getting into the top-six group, but they’ll be expecting to push up the table as the season draws to a close. They’ll know that getting six points is almost a necessity from their two remaining fixtures against Klagenfurt, and with the emergence of youngster Bernhard Zimmermann up-front, their strike force has been given a big boost, whilst defensive injuries remain a big issue. The mercurial midfielder Yusuf Demir should start to find his feet in Austria again very soon too, so we feel that both teams are likely to get goals here

This exact fixture took place only two weeks ago, when Austria Vienna edged a very tight contest as two penalty saves helped them to a 1-0 win. It could so easily have ended differently for Wolfsberg, but the home teams have come out on top in three of the last four meetings between these sides.

Wolfsberg are currently riding high in third place, but they were let off the hook in a big way in their win against LASK. Their guests racked up more than 20 shots and should really have scored two or three goals in the game, whereas WAC profited from a small defensive error to nick a winner. They’re well-deserving of their place in the top-six, but top scorer Tai Baribo hasn’t found his range in recent games, and whilst Thorsten Röcher scored last week, he’s hardly a reliable source of goals, and we think the Carinthians could struggle to settle into the group.

Austria’s experienced attacking midfielder Alexander Grünwald has scored more Bundesliga goals than anyone else who’s still playing, and he has found some form to net two in his last two games, as the Violets recorded four wins from four in 2022 to make sure of a place in the “Championship Group.” With a feel-good factor returning to the Generali Arena, we can see them coming out on top in another tight game this weekend.

Prediction: Austria Vienna Draw No Bet (⭐️⭐️⭐️⭐️) *Odds not yet available on Betfair*

Even after the halving of the points for the beginning of the “Championship Group”, Salzburg enjoy a massive nine-point advantage over Sturm Graz ahead of this top-of-the-table clash. The Red Bulls were brought back down to earth with a chastening 7-1 defeat at the hands of FC Bayern midweek, and they’ll be looking to put that behind them in the Bundesliga.

Sturm have provided a real test for Salzburg in recent seasons, and despite losing the last five against them, they’ve scored in each of the last eight league meetings. The second-placed Grazers haven’t tasted defeat since November, and with 46 goals scored in the league, they’re only four behind runaway leaders Salzburg. Defender Gregory Wüthrich has made a habit of popping up to get goals, and impressive new striker Rasmus Höjlund has been involved in five in his first four appearances, a total he’ll want to add to against the champions.

Salzburg will know that Sturm are capable of taking advantage if any of their players are still shellshocked from the heavy defeat on Tuesday night in the Champions League, so they’ll be aiming to bounce back with a big win against their closest rivals. The league’s top scorer Karim Adeyemi will be feeling good after getting back in the goals last weekend, and with Junior Adamu, Brenden Aaronson and Nicolas Capaldo all on fine league form, this Salzburg team still carry a frightening goal threat. The last nine meetings have all yielded at least three goals, something which we feel is likely to happen again on Sunday.

Sign up to Betfair and get a full refund if your first bet loses. Grab an account through the offer below and place £20 on the 19/2 Austrian Bundesliga Best Bets Accumulator. Here are the two possible outcomes: