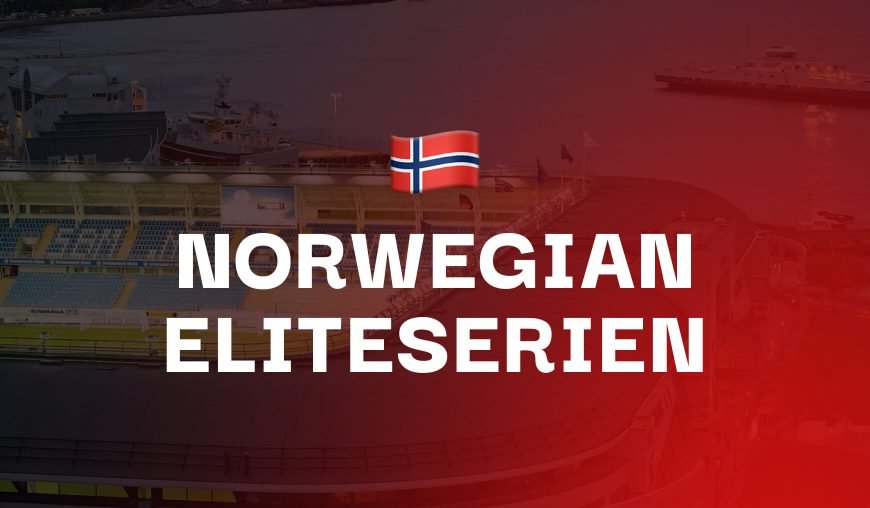 Draw specialists Ham Kam welcome an out-of-form Odd to the Briskeby Arena. The Eliteserien is not known for being a high draw league, but Ham Kam seem like an exception to the rule. They have incredibly drawn 6 of their 8 matches, including the last 5 consecutively. If you look at their fixture list though, the newly promoted club have faced some tough opponents such as Lillestrøm, Vålerenga, Rosenborg & most recently Viking. There is no doubt they were fortunate in midweek to obtain the 1-1 vs Viking and were outgunned 1.90 to 0.33 on xG. Manager Jakob Michelsen admitted they got lucky but last weekend they were probably unlucky not to beat Rosenborg. Michelsen has been a good addition as manager this season. The ex OB and Hammarby boss brings with him plenty of Scandinavian experience. His assistant, Englishman Tom Dent has previously managed OBOS-Ligaen Stjørdals-Blink and is a crafty and intelligent operator known for his tactical nous and strong man-management.

Odd also have a new manager for this season but Paco Johansen is perhaps under some pressure after several poor results. Odd started the season quite strong but have now lost 5 of their last 6 games. The most recent was a 0-1 defeat to Sandefjord in midweek in which statistically they appeared very unfortunate. They incredibly outgunned Sandefjord 3.03 to 0.59 on xG and just couldn’t take their chances. They have a problem in attack where out of form striker Tobias Lauritsen was dropped in favour of Abel Stensrud. The new man in the side also missed some good chances though and there is a clear lack of confidence in the attacking areas. Odd have the 3rd highest xG on average per 90 mins (1.69) but have only converted that into seven total goals. They are badly misfiring and lack a clinical edge upfront.

Ham Kam have played well at home this season and are well supported by their fans who have generated a great atmosphere. They are obviously hard to beat and are definitely due another victory. They have a tough physical style with guys like Kristian Eriksen and Jonas Enkerud who regularly cause problems in the air. It would not surprise me if this was an over 2.5 match with several goals. Ham Kam have just lost defender Julian Dunn to what looks like a serious knee injury which might unsettle them at the back. Ham Kam are playing better football right now though and using their home advantage can get the 3 points.

The midweek match between Tromsø and Kristiansund was postponed due to a freak virus which spread throughout the Kristiansund squad. They have a glutton of defensive injuries anyway, with Andreas Hopmark and Dan Peter Ulvestad the most notable absences. It is unknown exactly who has been affected by the virus but at least a dozen players and staff combined are believed to have been unable to train. At this stage it is not even a guarantee that Kristiansund will be able to fulfil the fixture and postponement is a risk. KBK have been in horrible form on the field with 6 defeats out of 7 games to start the season. They are rock bottom of the table and scored just one away goal in four away games.

Sandefjord have lost all of their home games but have faced some tough teams in those fixtures Bodø/Glimt, Vålerenga and Lillestrøm. The biggest problem for Sandefjord is conceding goals and the 16 they have shipped in are the joint most in the division. The home side do however head into the contest on the back of a 1-0 win away to Odd in midweek. It was a lucky victory as they were outgunned 0.59 to 3.03 on xG but the three points will have come as a massive boost after losing 5 of their previous 6 games. Sandefjord are not a good side, but they do have three victories this season and that includes a 5-0 win vs Strømsgodset.

Backing Sandefjord to win matches is not usually a good idea but this looks like a very favourable situation for them. Kristiansund have major injury problems defensively and doubts over some other players recovering from the illness which affected the squad. Combine that with the horrible form of Kristiansund and all things seem to point towards a Sandefjord victory. Taking them straight on the nose to win at a decent price of 2.15 is the best bet for this match.

Jerv are now second bottom of the table after eight games played. The newly promoted team were expected to struggle this season and despite showing a lot of fight and determination their lack of quality and Eliteserien experience is starting to show. Jerv have the worst xG per 90 mins (0.83) and also the worst xGA per 90 (2.01). Statistically, they are by far the worst team in the league, and these are very worrying trends for the club. In midweek they lost 1-2 away to Aalesund despite taking the lead. Conceding two goals in the space of two minutes cost them the match. Jerv are much better at home where they have picked up 7 points from 4 games, which is not a bad return. They did however lose their most recent fixture here 0-1 vs Odd.

Sarpsborg have lost their last three Eliteserien matches but are playing better football than their results might suggest. In midweek they lost 1-2 at home to Molde but really deserved something out of the match. The style of football that new manager Stefan Billborn has brought to the club is quite nice on the eye and there is definitely more excitement with Sarpsborg this season. The ex Hammarby boss is known for his positive approach to football and it is no surprise to see Sarpsborg rank 4th in the league for xG per 90 mins (1.64). This hasn’t always been converted into goals though and 5 of their 12 scored came in the 5-2 victory away to Tromsø. If Sarpsborg had a really clinical striker, then they would be doing even better. Guillermo Molins has done ok for them upfront, but he is an ageing striker now and usually only lasts 60 or 70 mins.

The challenge here for Sarpsborg is playing on a grass surface for just the second time this season. On the previous occasion they lost 0-1 at Lillestrøm, although did put up a good performance that day. We are nearly into June though now and the grass surfaces will naturally be getting better in Norway. Sarpsborg are definitely the better side and should be able to assert themselves on this match. I would expect the visitors to have decent control on proceedings and backing them straight on the nose to win at a price of 2.0 seems like good value. Jerv will not make life easy for Sarpsborg but something like a 0-2 or 0-1 road win appears to be the most likely outcome.

The big match of the round comes from the Aker Stadion where 2019 champions Molde meet a Bodø/Glimt outfit who have won the last two Eliteserien titles. The most recent meeting was in the Norwegian Cup final a few weeks ago and on that occasion, Molde claimed a slender 1-0 victory. The last eight league meetings have been very evenly matched with four wins each. Molde head into this fixture on the back of four consecutive victories. They have found some decent form, but their fixture list has been quite kind. The midweek win 2-1 away to Sarpsborg was probably the most impressive in that run because they really had to dig out a result, defending well in their 3-4-3 formation which has served them quite well this season. Molde again suffered yet more injuries though which are threatening to derail their campaign. Winger Rafik Zekhnini and defender Martin Bjørnbak both had to exit the match on Thursday and are doubtful here. Molde already have a plethora of injuries across the squad with at least 8 or 9 others either doubtful or ruled out.

Bodø/Glimt travel here with just 1 win in their last 6 domestic games which is one of their poorest runs in the last 2 and a half years. They let slip a 2-0 advantage vs Strømsgodset on Wednesday and could only eventually draw 2-2. The Glimt defence has been an Achilles heel all season and Kjetil Knutsen’s men have yet to keep a clean sheet. They do top the metrics for xGA though with an average of just 0.97 per 90 mins. Perhaps they have been unlucky in some instances and the clean sheets might come soon. On the positive side captain Ulrik Saltnes has played well since coming back from suspension and attacker Amahl Pellegrino has been in decent form. Bodø/Glimt are sometimes at their best when everyone doubts them, and they will be after some revenge here. They beat Molde 2-0 in this fixture last season and were the only team in the Eliteserien to take 3 points at the Aker Stadion in 2021. It was effectively a title clinching victory and proved crucial. Molde have already lost twice at home this season and this stadium is perhaps not the fortress it once was.

Historically, this fixture used to be full of goals and over 2.5 was usually an automatic bet. However, both meetings last season ended 0-2 and the recent Norwegian Cup final was a 1-0 victory for Molde. Both sides have a lot of respect for each other which could lead to a tight sort of contest at times. This feels like a good time for Bodø/Glimt to face Molde though. They have had an extra day of rest to prepare and will be hungry for revenge after the cup final loss. Molde have won four games in a row but have a lot of injury problems and put a serious effort into their fixture at Sarpsborg just three days ago. I think the best bet here is to take Bodø/Glimt on a DNB handicap. This match could end all square but if there is to be a winner then the visitors are the most likely victors in my opinion. The defending Eliteserien champions regularly come up with a big performance when needed and this is such an occasion.

Back the Four Star Selections as an Accumulator on Betfair ⬇️

Sign up to Betfair and get a full refund if your first bet loses. Grab an account through the offer below and place £20 on the 17/1 Norwegian Eliteserien Best Bets Accumulator. Here are the two possible outcomes: