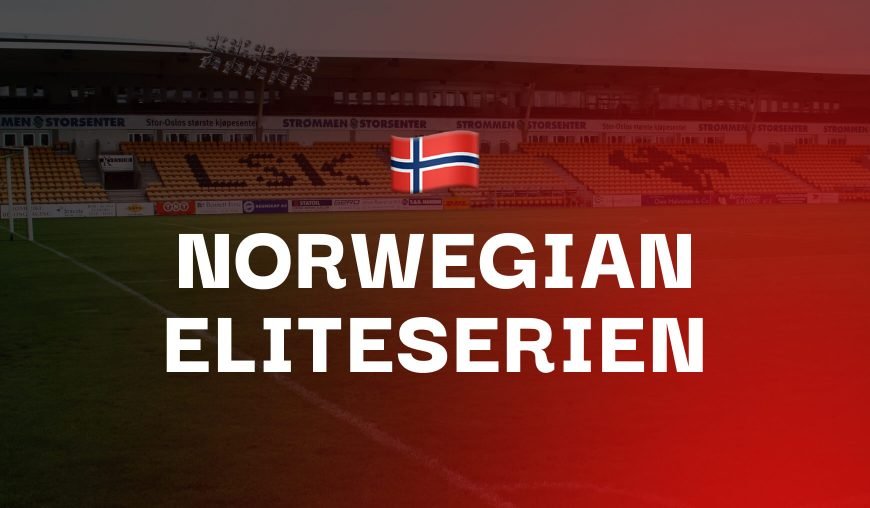 The only remaining unbeaten side in the Eliteserien this season are Lillestrøm who have 17 points after 7 games. It has been an impressive start to the campaign for Geir Bakke’s men and they beat Sarpsborg 1-0 at home last week. The team nicknamed ‘The Canaries’ have the best defensive record in the league, conceding just 4 goals so far. The performance of goalkeeper Mads Christiansen and defender Igoh Ogbu have been especially impressive and key to their success. Lillestrøm average 1.31 xGA per 90 mins so they are over performing in this category, but this is still a very solid defensive team. Let’s not forget LSK have already played away to both Bodø/Glimt and Molde at two of the most difficult locations in the league.

This match will be played on a grass surface in Sandefjord. Lillestrøm won’t mind that because they are used to playing on grass at their own stadium. The pitch in Sandefjord has come under some criticism this season and this will only be the third time they’ve played at home. They lost both of their previous home fixtures to Bodø/Glimt 1-2 and Vålerenga 1-3. Sandefjord do not have very good underlying metrics so far this season. Their average xGA per 90 mins is 1.79 which is the worst of any team in the league. Things aren’t much better at the other end either. They rank 4th worst for xG per match with a figure of just 1.02. The long term injury to captain and defender Sander Foss has not helped matters. He is ruled out for the whole season with an ACL problem.

Lillestrøm are playing very good football right now. Their defence is especially looking strong, and they won’t be shaken by having to play on this tricky grass surface. They have the physical attributes and the technical ability required to succeed in this match and I expect them to win. The visitors can be backed at a surprisingly big price of 2.10 and this looks terrific value. Sandefjord are one of the poorer teams in the Eliteserien and the gulf in class should be telling over the 90 mins.

Molde shockingly blew a 3-0 lead to lose 3-4 at home to Viking a couple of weeks ago but have since bounced back with comfortable wins vs Odd (3-0) and Aalesund (2-0). They have encountered a lot of injury problems this season with attacking midfielder Ola Brynhildsen the latest to go down and ruled out until July. Molde have a lot of long term casualties although striker David Datro Fofana is expected back very soon. He needs to make something happen with his Molde career because so far, the man once dubbed the ‘Mbappe of Ivory Coast’ has not delivered on his hype since joining the club. Midfielder Sivert Mannsverk is suspended for this fixture. The positive for Molde is that they have the 2nd best average xG in the entire league (1.68 per 90 mins) with key attacker Magnus Wolff Eikrem once again showing he is one of the best players in the Eliteserien.

Molde should have too much for a Kristiansund side who are rock bottom of the table and have just one point on the board after six games. For the last few seasons ‘KBK’ have overachieved and regularly finished in the top half of the table unexpectedly. This is still a club with a limited budget though and it might be that this is finally starting to catch up with them. Kristiansund lost 0-3 at home to Strømsgodset last week and it was a very disappointing performance. They were outgunned 0.75 to 2.19 on xG in that match and were legitimately beaten with ease. These are very worrying times for manager Christian Michelsen and they aren’t helped by a plethora of injuries in defence. The most significant absences are Max Williamsen and Aliou Coly whilst Andreas Hopmark is doubtful with an ankle problem. At the other end of the field Kristiansund have yet to score a single goal on the road yet this season.

This match is a local derby between two teams who have a strong competitive rivalry. Kristiansund do not normally roll over easily for Molde, but it is difficult to see them getting close here. Taking the Molde handicap or over 3.5 goals would be two interesting bets, but I think the top option here is to simply take Molde scoring over 2.5 on their own. They should be able to fill their boots facing an out of form and weakened Kristiansand outfit. Something like 3-0, 4-0 or even more is quite possible based on recent form.

Despite losing 0-1 away to Lillestrøm in the previous round Sarpsborg remain in 4th place on 10 points. They have played one game less than most of the teams around them and new manager Stefan Billborn will be delighted with their start to the season. He has transformed Sarpsborg into an excellent counter-attacking side who look especially strong on artificial grass. The only negative for Sarpsborg is their overall xGA which is an average of 1.68 per 90 mins. They have only conceded 7 times so are definitely over performing on that particular metric. All three of their home matches have been low scoring this season. They started with a 0-1 loss to Viking, then drew 1-1 with Rosenborg before beating Odd 1-0 recently. That scoreline might seem tight but Sarpsborg comfortably controlled that match and I expect something similar here.

Aalesund travel here with just 1 win in their last 6 games. They have not done too badly since getting promoted back to the Eliteserien but there have been some recent struggles, especially in front of goal. Their manager Lars Arne Nilsen is quite a tactical and more defensive minded coach. In the long term he is probably what they need to survive but sometimes his teams can lack the penetration and goalscoring threat. ‘AFK’ have the 3rd worst xG average in the whole league with just 1.02 per 90 mins. They are not offering much going forward and failed to score a goal in any of their last three fixtures. In four away games this season they have won just once which was at struggling Odd.

This feels like the sort of match which Sarpsborg will win something like 1-0 or 2-0. They are the better team, and it might take them some time to break down Aalesund, but eventually you have to think they will find a way to get the 3 points. This is a decent Sarpsborg outfit who are playing with confidence right now and I think the best bet is to back them straight on the nose to win.

It was a really poor start to the season for Strømsgodset as they lost 3 of the first 4 games. They looked like a team completely devoid of confidence, but something changed during the 2 week break they had before the next run of results. Godset have picked up 7 points from their last 3 games and kept three consecutive clean sheets. They have faced Rosenborg, Viking and the most recent result was a 3-0 road victory at Kristiansund. Godset were so poor away from home last season that to win so convincingly on their travels has to be hailed as a major improvement. They dominated Kristiansund 2.19 vs 0.75 on xG. Two key changes to the team have helped them in the last few games. Centre back Ari Leifsson has replaced Niklas Gunnarsson and big target man striker Lars Jørgen Salvesen started instead of the out of form Fred Friday. There is more of a defensive reliance and structure. Salvesen also really helps them defend set pieces.

In this match they welcome a Vålerenga side who look very similar to last season. They are too inconsistent and drop too many points against teams they should beat. The last two matches are very typical of Vålerenga which were a 0-1 away defeat to Tromso and a 1-1 home draw to newly promoted Ham Kam. If Dag Eilev Fagermo’s men really want to challenge for medal positions, then they have to be winning those type of games. Some injuries are starting to hinder this squad with midfield duo Fredrik Oldrup Jensen and Petter Strand both missing time recently. They are each doubtful to be fit in time for this weekend. Vålerenga did win their most recent road match 3-1 vs Sandefjord but this is likely to be a much more difficult affair.

Strømsgodset have totally turned around their form and suddenly look like a team who are worth backing in this game. They are usually quite strong at home, and they showed last time here vs Rosenborg that this can be a tricky place to visit for any side. Taking Godset on a draw no bet handicap looks like the best bet. A draw is a possibility and both sides would probably take a point each, but the hosts just appear in better form and with a much improved defence could win this match something like 1-0 or 2-0.

Sign up to Betfair and get a full refund if your first bet loses. Grab an account through the offer below and place £20 on the 12/1 Norwegian Eliteserien Best Bets Accumulator. Here are the two possible outcomes: