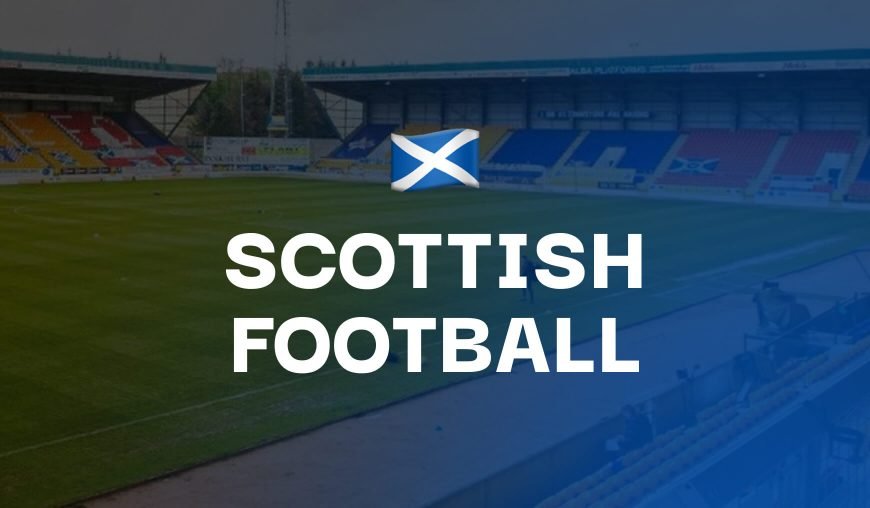 Aberdeen have made a very solid start to the season and will be eager to get their Premiership campaign at Pittodrie underway with a victory against a St Mirren side that still has much to prove.

Jim Goodwin’s side came through a straightforward League Cup group with flying colours, winning all four of their matches in comfortable style. They were then handed the trickiest possible opening for the league campaign with a trip to face Celtic away from home. Although they lost that match 2-0, they were competitive and showed enough to suggest that last season’s dismal form is behind them.

Conversely, St Mirren are one of the favourites for relegation for a reason. They lost two of their four League Cup matches, all of which were played against lesser-ranked opponents. Those defeats came against Championship side Arbroath and League One outfit Airdrie – matches which they failed to even score in.

Last weekend, the Paisley side were defeated 1-0 at home by a Motherwell outfit that had just exited Europe to Sligo Rovers in one of their most embarrassing defeats in history, albeit the guests had just changed management before the fixture.

Aberdeen are undefeated against St Mirren at home (over 90 minutes) in 17 matches dating back to 2011, including three wins in their last five. Indeed, the scoreless draw they played out in May was the last game of the season and had little riding on it. Expect that strong run to continue in favour of the Dons in this encounter.

It’s been a glorious start to the season for Partick Thistle, who have won four of their first five matches of the season and claimed the other against Premiership Kilmarnock after a penalty shootout. Last weekend, they made a fine start to their league campaign with a 3-2 success against a Dundee side that has been in good touch lately, and that bodes well for this encounter.

They have a wealth of attacking options open to them before this game but they also have a number of injury doubts in their defence, which saw midfielder Kyle Turner used as a makeshift centre-back last weekend.

Hamilton, meanwhile, have also made a goal-laden start to the campaign. Like Partick, three of their first five matches of the season have produced at least three goals while the other couple have produced a couple of goals.

Adding to the sense that this is a fixture that there will be goals in is that the history between the clubs suggests this. Six of the last seven encounters between this pair have seen at least three goals, while four of the last five have ended with at least four strikes.

While the chances are that Partick will take the three points in this game, goals offers better value because of the unpredictable nature of this fixture in recent times. Hamilton were not expected to win when they last met in March, yet they claimed an easy 4-0 victory.

That this match is odds against for more than 2.5 goals may be based upon Partick’s home form last season, but they were playing on a difficult pitch and it is looking in far better condition now.

It’s been a distinctly slow start to the season from Raith Rovers, who might have claimed a 6-0 win over Peterhead in their opening League Cup match, but they have since failed to win any of their subsequent four matches. Two of these came against League Two opponents – they were both drawn – while they also lost to Aberdeen convincingly. Last weekend, they were beat 2-0 by newly promoted Cove Rangers in their league opener.

Raith have significant headaches in midfield prior to this match. Brad Spencer, Lewis Vaughan and Ross Matthews will all sit out, while defender Tom Lang is missing, too. It leaves them rather thin and looking a touch lightweight against a Dundee outfit that was relegated from the Premiership last season.

The Dark Blues did not make a dream start to the league campaign as they were beaten 3-2 by Partick at home last weekend, but they showed a strong state of spirit to rally from two down. Furthermore, their capacity to score goals is impressive. In five matches in all competitions this season, they have managed to find the net at least twice in each one.

Moreover, last weekend’s loss should not dent their confidence too much after a positive League Cup campaign in which they overcame fellow Championship sides Hamilton and Queen’s Park with a degree of comfort.

Dundee have won four of their last five away to Raith and six of their last eight, so Stark’s Park is not a venue to intimidate them.

Two of the title favourites in League One meet in the second week of the season in what promises to be an intriguing match up. These teams served up plenty of goals last season, with Airdrie dominating the rivalry as they have won six of the last seven between the clubs. The four games last term all produced more than three goals – but the teams are looking very different this time around and an alternative outcome looks possible.

Falkirk have focused on their defence first and foremost this season. In five competitive matches, they have conceded just a single goal. During that time, they have played Premiership opponents in the form of Hibs and Championship opponents Morton. Last weekend, they played out a thoroughly uninteresting 0-0 draw at home against Montrose. There is little to suggest their approach will change here.

Airdrie, meanwhile, have also been solid defensively. They have kept three cleansheets in five matches. Although they have been rather more expansive at time offensively, they are not blowing teams away. Indeed, each of their matches against League One rivals have ended with two goals. These fixtures were not against opponents as strong, on paper at least, as Falkirk. Last weekend, they had to scrap hard to overcome a struggling Peterhead side.

With two teams solid defensively but struggling to find their best going forward, the odds-against on under 2.5 goals is too hard to resist.

FC Edinburgh produced one of two major shock results in League One last weekend as they claimed a 2-0 win away to Kelty, who had previously been undefeated at home in league football. This was eclipsed by Clyde’s incredible 4-1 success at Queen of the South, but was an outcome worthy of note. Closer scrutiny, though, shows they were outplayed in that match and rode their luck against an opponent stripped of many of its key components.

Meanwhile, this will be their first match at their new Meadowbank Stadium, which will be a ground devoid of atmosphere and is unlikely to prove an intimidating venue for visiting clubs. Indeed, the biggest challenge it may pose to a full-time side like Dunfermline is that the lack of atmosphere is so alien to them.

The Pars were not flawless on the opening day of the season as they required a lucky goal to defeat Alloa 1-0 at home, but they had the better of the game against an opponent that has been in good form lately. That bodes well for James McPake’s side, who could have Graham Dorrans back in their team on Saturday to provide some welcome creativity from the bench.

Certainly, with the options that Dunfermline have in their squad, they should prove too strong for Edinburgh, particularly as their confidence will be up after a strong start to the season. The Fife side make this short trip to the capital having lost only one of five competitive matches through 90 minutes this season – and that a 1-0 away defeat to Premiership side Ross County.

The first major derby of the season will take place at Easter Road on Sunday lunchtime, with Hibs playing host to Hearts in what is likely to be a very watchable affair.

Hibs began their league campaign in inconspicuous fashion last weekend as Josh Campbell’s last-minute header gave them a 1-0 success against a St Johnstone side that is tipped to battle relegation this season. The Edinburgh side were handed the advantage in that match by a Murray Davidson red card earl in the second half but made heavy weather of getting the win.

Certainly, it’s not been an easy start for Lee Johnson, whose side were knocked out of the League Cup after losing to lower-league opponents Falkirk and Morton on penalties in a match they subsequently forfeited as they had played a suspended player. Moreover, a string of key players, including Lewis Stevenson, marquee summer signing Aidan McGeady and Scotland striker Kevin Nesbit are all set to miss out.

By contrast, Hearts kicked off the season last weekend with a 2-1 home win over Ross County and may only be without Beni Baningime. The visitors hold the upper hand in the Edinburgh derby in recent years as they have gone undefeated in the last six and have lost only one of the last nine. Indeed, Hibs have failed to win any of their last five home matches against their big rivals. Bets can be hedged by backing the visitors on a double chance at 1.4 or on a draw-no-bet basis at 1.85. It is a game they look unlikely to lose

Sign up to Betfair and get a full refund if your first bet loses. Grab an account through the offer below and place £20 on the 72/1 Scottish Football Best Bets Accumulator. Here are the two possible outcomes: