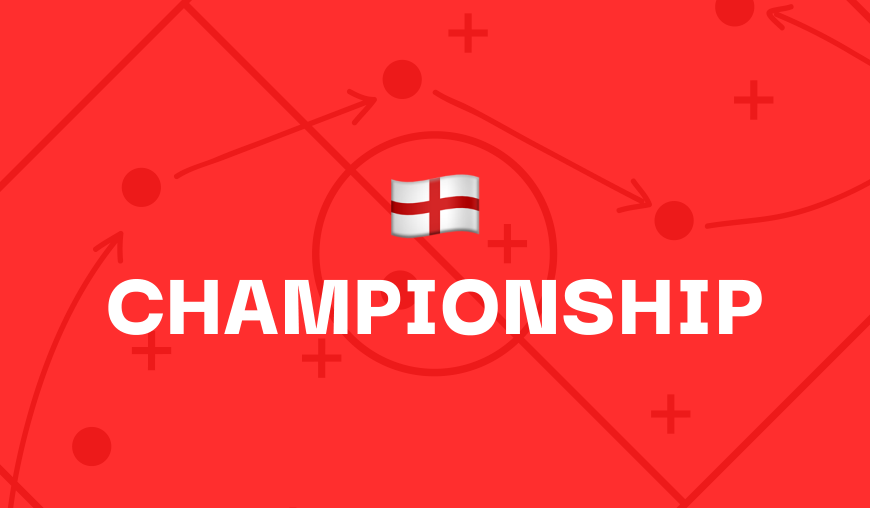 Poya Asbaghi has certainly failed to inspire any new manager bounce at Oakwell. The Tykes sit at the bottom of the Championship table in terms of results but also of performance data since the arrival of the new man. Over the course of Asbaghi’s tenure Barnsley have created the fewest chances in the league, had the fewest shots in the box in the league and are 23rd out of 24 in conceding chances.
Meanwhile, Mark Warburton’s QPR have been steady. Despite suffering with a depleted squad during the African Cup of Nations they have continued their solid form to remain part of the automatic promotion picture. Welcoming back Ilias Chair to their starting XI clearly had a big impact in midweek with another excellent goal from the diminutive creative forward. Between Chair and Chris Willock, Rangers should cause Barnsley no end of concern and with a rotating door of forwards of the quality of in-form Lyndon Dykes, Charlie Austin, and Andre Gray, the finishes tend to come more often than not.
Barnsley’s home form has been particularly bad this season. They are bottom of the home form table and have failed to score in 8 of their 14 home matches, including their last three consecutively. Whilst performances have shown something of an improvement in recent weeks their manager has pleaded in the press this week for a stop to the individual mistakes that are costing them games. The problem is that there can be no more improvement of personnel in the team and Asbaghi is having to rely on players that aren’t perhaps Championship quality, especially at the sharp end.
I like QPR for the win here just in terms of the quality difference between the two sides, especially in forward areas. It is very difficult to see Barnsley winning the xG battle here and therefore the Super Hoops should be favoured for the win.

There is already a worrying atmosphere around Hull City since the most recent takeover. There were signs in the performances from the very beginning of the takeover that not all was well, despite three consecutive wins.The Tigers were not creating many chances in that run and relying on variance to scrape over the line. Since Shota Arveladze’s arrival the inevitable turnaround has happened and Hull now look very poor.
Currently 22nd for expected points over the last four matches, this is built upon an xG per 90 of only 0.76 over that period. These are precisely the stats that you do not want to read before Fulham come into town.
Marco Silva’s men restored their goalscoring and winning touch last time out against Millwall. That was the fifth time in six games that Fulham have scored 3 or more. The Cottagers have had no problem in piling up the score against teams away from home either, the 7-0 humblings of Blackburn and Reading attest to that.
If any more evidence was required then a peek into Fulham’s performance data provides even more. Over their last 8 matches Fulham are averaging 2.14xG per 90 so the chances of Fulham having more opportunities to score than Hull seems highly likely. With the quality of Aleksander Mitrovic, Harry Wilson, Neeskens Kebano, and Fabio Carvalho, the chances of conversion are also higher than Hull’s.
Supporting Fulham for the win seems a sensible strategy here.

Reading are in such a bad way. Their supporters are beginning to ask for recommendations for hotels around Accrington and no wins in 9, including 7 defeats, certainly doesn’t inspire any confidence.
Not only are results bad but this is totally backed up in the performance data. Reading sit bottom of the expected points table over the last eight games. Conceding 1.98xG per 90 over that period certainly doesn’t help their cause,especially when Coventry have rediscovered their early season form.
It wasn’t necessarily bearing out in the results but Coventry have been playing well for a number of weeks now. They actually sit fourth in the expected points table for the last eight matches. In that time they have only conceded an average of 0.73xG per 90, the second lowest in the league, behind Fulham.
This strikes me that Coventry are a very well organised team with a settled system and personnel. Their 5212/3412 formation has been pretty much a constant but with Matt Godden out having his appendix removed their transition to a 3421 system has been pretty seamless with either Jordan Shipley or Jamie Allen supporting top-scorer Victor Gyokeres. The Swede certainly seems to be one of those streaky strikers who scores their goals in batches. If that holds true then he seems a good bet to score again here having done so in three of his last four matches.
Reading are close to getting Yakou Meite back which give them a massive boost in their fight against relegation. However, he is not in contention to play in this fixture so The Royals will continue to rely on the mercurial talents of Lucas Joao, who still isn’t up to full speed after his time on the sidelines.

Chris Wilder’s Middlesbrough are continuing to knock on the door of being a dominant team in this division. Taking the whole of Wilder’s tenure as a starting point the Boro sit 4th in expected points over that period. They have increased their expected goals ratio, but expected goals against has remained around the same level as under Neil Warnock.
The extra attacking talent that was brought in during the January transfer window has yet to fire for Boro. However, the added flexibility and tactical adaptability the options have given to Wilder means that they can change their approach in game and this often means that they finish matches stronger than they start them. The threat from deep of Isaiah Jones and Matt Crooks also means that opposition defences have a lot of areas to concentrate on.
Derby’s defence has been excellent this season. But it is still a fact that from their 15 away games they have only won the xG battle three times. Boro have only lost the xG battle in their home matches three times. This adds greater weight to Boro’s claims to be the dominant side in this clash.
Derby will be buoyed by their midweek victory and scoring three goals in a game is certainly unusual for them. They are still rating way above their expected goals for the season though so this enthusiasm should be tempered somewhat. Interestingly there is also a big gap between the sides in terms of the shot quality that they are able to conjure. Derby sit near the bottom of the league for this stat and Boro near the top, meaning that the average quality of chance is better for the men in red than the Rams.
If Middlesbrough want to try and sneak into the automatic promotion race then this is a match they will have pencilled in three points from. The home fans will certainly be urging them on and supporting their push for victory looks to be a good bet.

Sign up to Betfair and get a full refund if your first bet loses. Grab an account through the offer below and place £20 on the 9/1 Championship Best Bets Accumulator. Here are the two possible outcomes: