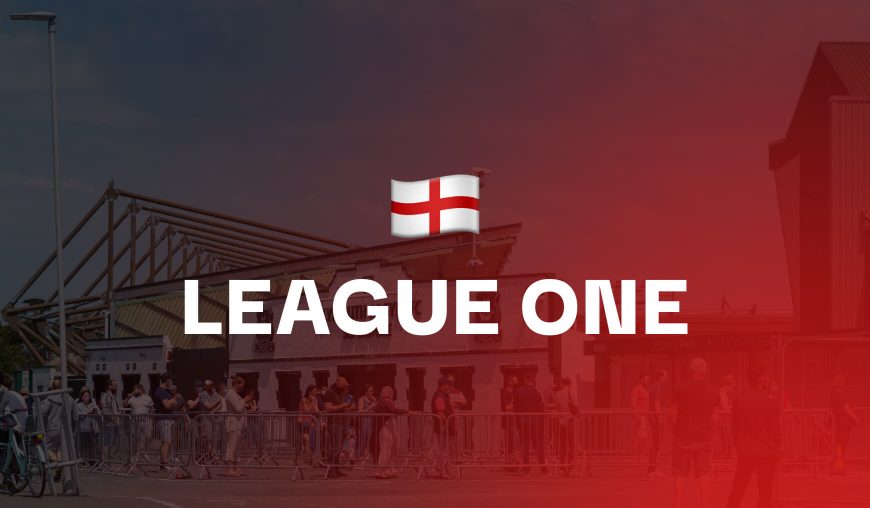 Cheltenham Town have been a lot of fun to follow in League One this season and that has shown no signs of relenting in the closing exchanges of the campaign. Their front pairing of Alfie May and Kion Etete is as dangerous as ever and the Robins could play out a thoroughly entertaining match with their fellow newly-promoted side, Bolton Wanderers, on Saturday.

Ian Evatt’s men have been impressive in their acclimatisation to the third tier as well and have goal threats all over the pitch. Kyle Dempsey could make his return from injury at the Jonny Rocks Stadium. Bolton have scored in 18 of 20 and have seen both teams score in all of their last five.

The Robins have scored in nine of 11 and have seen both teams score in six of nine. Michael Duff’s men can still achieve a top half finish, whilst Bolton are putting markers down to be involved in the pre-season promotion conversation next term. Two attacking teams, enjoying the freedom of rotating their squads and focusing on their activities in the final third more, with less scrutiny on defensively watertight performances could play out a memorable fixture.

Two teams in incredibly horrific form face off at Highbury Stadium on Saturday. Fleetwood Town have won just once in their last 17, and it was against already relegated Crewe Alexandra, while AFC Wimbledon are without a win in 26, yes 26, in all competitions.

The visitors will have their relegation confirmed in defeat, and potentially even if they draw or win the game. Mark Bowen’s men however, have come a lot closer to winning games lately than the hosts, and are outsiders coming into this one. The Dons have drawn their last two home games 1-1 against Milton Keynes Dons and Wycombe Wanderers respectively, conceding late equalisers to scupper their chances of stopping the rot.

Paddy Lane is a doubt and is waiting for the result of an appeal on the red card he received last weekend. Tom Clarke could also miss out due to concussion while Gerard Garner remains sidelined. Jack Rudoni and Ayoub Assal are sure to be lively at the top of the pitch no matter how bleak it gets for the Dons, and they do appear to be value outsiders. Our bet comes in if Fleetwood do not win the game, which they have failed to do in 16 of 17.

The cracks are starting to show in Rotherham United’s automatic promotion bid. The Millers picked up an enormous 1-0 win over Ipswich Town last weekend, but then undid all of that good work with a 2-0 defeat at Burton Albion in midweek. A dangerous wounded animal in Oxford United travel to the New York Stadium this Saturday, having done the Millers a favour with an excellent victory over Milton Keynes Dons in midweek.

Yellows have nothing to lose and need to win to stand a chance of breaking back into the play-offs. Karl Robinson’s men have more of an obligation to go for the win and have only kept a clean sheet once in their last ten games. The visitors look to be value outsiders, despite how well Rotherham played last time out at home.

However, a goals angle is more appealing given how frantic the Yellows’ matches have been this season. They are not going to change their tactics at this stage and will not hesitate to throw men forward.

Yellows are the top scorers in League One and will fancy their chances of shocking the previous title favourites.

The market has disrespected Cambridge United far too much going into this match and there is value with the visitors at an enormous price. The Black Cats have been drawing going into the last ten minutes of normal time in all of their last five wins, it is not sustainable to rely on late goals as much as they have under Alex Neil.

Ross Stewart’s goals have dried up worryingly in the last month or so, and Sam Smith and Joe Ironside should create plenty of problems against a makeshift back three containing Carl Winchester, central midfielder, and Dennis Cirkin, left back, at the Stadium of Light.

Mark Bonner’s men were poor in their 2-0 defeat at home to Charlton Athletic on Tuesday evening, but only had a two-day turnaround after the bank holiday weekend, winning 2-1 at league leaders Wigan Athletic last time out on their travels.

Nathan Broadhead is looking every bit a Championship forward at the moment and will be very difficult to stop, but Cambridge have upset the odds time and time again this season. Bonner will relish the opportunity in one of the more glamorous away days on the calendar. I would not persuade anyone away from taking Cambridge with a 1.5 goal headstart on the Asian Handicap as well as the following selection.

A potential play-off decider at Adams Park will definitely whet the appetite this weekend. Wycombe Wanderers could fall below Oxford United and Sunderland if they are defeated at home to Sheffield Wednesday. There is probably a crumb of value on the visitors, since they are only going off a touch shorter than they did in their 3-2 win at Milton Keynes Dons last weekend. The Owls also picked up a hugely important 1-0 win over Crewe Alexandra in midweek to lift them into fourth place.

The Chairboys have recovery time on their side and that is probably where the price comes from. Gareth Ainsworth is an excellent tactician and is destined to manage at a higher level in the future, there will be a master plan to get something off Wednesday here. Wycombe have kept five clean sheets in eight and have seen under 2.5 goals in seven of eight, tension from the state of the league table will carry over into this fixture.

Wednesday are the better side, but after a busy week it could be tough to hit their straps, though they are rightly narrow favourites all the same.

Sign up to Betfair and get a full refund if your first bet loses. Grab an account through the offer below and place £20 on the 14/1 League One Best Bets Accumulator. Here are the two possible outcomes: