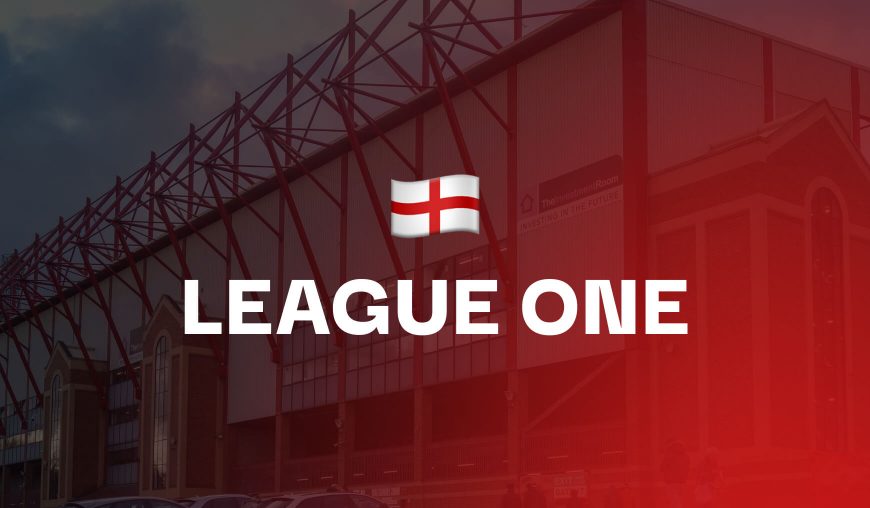 Charlton Athletic take on Derby County at The Valley in the first home game of the Ben Garner era in SE7. The Addicks came agonisingly close to an opening day victory at Accrington Stanley, with 18-year-old debutant Miles Leaburn giving them a 2-1 lead in the 94th minute only for Korede Adedoyin to level proceedings once again in the 96th.

There have been, and will continue to be, teething problems as the Addicks look to play the ball out from the back, without the most cultured defenders in the division, and that should excite the Rams who picked up an excellent 1-0 win over Oxford United to get their campaign up and running.

Scott Fraser, Jack Payne, Steven Sessegnon and Miles Leaburn all emerged with attacking credit at Accy and will fancy themselves to breach the Rams’ backline alongside the likes of Jayden Stockley and Corey Blackett-Taylor.

Conor Hourihane, Max Bird, Jason Knight, Nathaniel Mendez-Laing and Louie Sibley are all too good for League One when onsong, there could be value on the visitors, but at this early stage I am looking more towards a goals angle, as we continue to learn more about the hosts.

Fleetwood got off to a disappointing start to life under Scott Brown with a 2-1 defeat at newly promoted Port Vale. The Cod Army have won just once in 22 in League One and host a Plymouth Argyle side who only narrowly missed out on the play-offs last season.

Argyle beat newly relegated Barnsley 1-0 on the opening weekend, with loanees Bali Mumba and Finn Azaz combining for the latter to notch his first Pilgrims goal. Argyle have a set way of playing and know their roles meticulously in a three at the back formation under Steven Schumacher. The visitors also bring tonnes of depth in attacking areas, which can have a growing influence with five substitutes allowed, and are always well backed by travelling supporters.

I put Fleetwood to be relegated in my 1-24 prediction, and their performance at Vale Park only confirmed my worries about their chances of maintaining third tier status this season. Argyle have a reliable defensive process and the creativity to unlock the Cod Army if they sit in a low block. Not an ideal first home game in charge for Brown.

Both of these sides impressed in the opening weekend, probably more so the hosts. The Ian Burchnall era was kicked off in fine fashion with a 2-1 win at Bristol Rovers, winning the expected goals (xG) battle 1.66-0.35 at the Memorial Stadium. The Green should be able to give a good account of themselves once again on their home patch, but there is a significant difference in quality between the two sides.

Ipswich Town won the shot count 18-6 in their 1-1 draw at home to Bolton Wanderers, with new players building relationships in the final third. The Tractor Boys would have been disappointed to concede from a contentious penalty and it will be interesting to see how long they can go before conceding from open play. Marcus Harness, Freddie Ladapo and Tyreece John-Jules all showed promise on their debuts and will be determined to open their accounts sooner rather than later.

Feeling mainly positive about Ipswich following their first league performance of the season, it is hard to look away from backing them to yield a positive result away to a newly promoted club.

Sheffield Wednesday were unconvincing and conceded some very disappointing goals from a defensive standpoint in their 3-3 draw at home to Portsmouth last time out. Scoring three is a positive, and having done the double over the Dons last season, they will arrive at Stadium MK with an air of confidence.

Josh Windass played 90 minutes for the first time since the 2020/21 campaign and was a huge plus going into the season, the attacking midfielder has the talent to be playing in the top half of the Championship and could be devastating in tandem with some of the mouth-watering talent the Owls have in the final third.

The Dons suffered a shock 1-0 defeat at Cambridge United on the opening day, not managing a shot on target at the Abbey Stadium. Liam Manning’s men are still bedding in new signings, where there was more continuity for the Owls, with the losses of Harry Darling and Scott Twine capable of hurting any side in the third tier.

Manning’s bold possession-based style will be different to how a lot of the new signings were playing at their previous club.

Peterborough United were 2-0 down at half time at Cheltenham Town after some individual errors gave the Posh a lot of work to do. However, in the end, it could not have gone much better for Grant McCann’s men as Jack Marriott and Jonson Clarke-Harris, with a brace, opened their accounts for the season.

I also tipped Morecambe for relegation, and they did not do a lot to win me over in their 0-0 draw at home to Shrewsbury Town. The Shrimps lost the shot count 7-15 and, though they are well-drilled defensively, will have a lot to contend with against the Posh.

There is an argument that Posh have the strongest forward line in the division, even with Sammie Szmodics departing for Blackburn Rovers earlier this week, and they will be a very exciting team to follow this season. They have so many capable attackers, and impressive depth, outside of Clarke-Harris, the Shrimps are unlikely to keep them quiet, with Joel Randall and David Ajiboye providing competition for places.

Peterborough and over 1.5 goals would enhance the price nicely, and they are a very short price to get the win, but I want to keep a 1-0 win onside, just incase Derek Adams does frustrate them.

Pompey almost pulled off a standout result of the weekend but in the end drew 3-3 at Sheffield Wednesday. Colby Bishop made a great impact, scoring on his debut and playing a huge hand in Michael Jacobs’ tap-in, the physical striker is one of the best in the air in the division and will give the Imps a lot to think about.

The Imps are still getting used to playing under Mark Kennedy and were a bit underwhelming in their 1-1 draw against newly promoted Exeter City last time out. Danny Cowley will know his former side pretty well and there were plenty of positives to take from the draw at Hillsborough.

Fratton Park will be bouncing on the first home game of the season and the home advantage is palpable on the South Coast, with the new signings hoping to endear themselves to the faithful. Lincoln feel like a team there for the taking a little at the moment, and it was not a surprise to see Pompey odds on favourites.

However, with the quality in their attacking unit, they can justify that price, with their confidence levels boosted from scoring three in one of the toughest away games in the calendar last time out.

Shrewsbury Town were much the better side in their goalless draw at Morecambe on the opening day in terms of chance creation. Limiting the Shrimps to precious little and continuing their solid defensive process from last season.

Accrington were fairly up and down, as to be expected on the opening day, in their 2-2 draw against Charlton, opened up a little too easily to concede the Addicks’ first goal but they grew into the game with the home crowd behind them. Shaun Whalley produced an outstanding debut for Stanley after leaving the Shrews in the summer, but Accy are weaker as a collective with their comings and goings in the window so far.

A cautious play on the Shrews was tempting given how solid they were at the Mazuma Stadium, but unders is slightly more appealing due to a lack of faith in the hosts’ attacking contingent. Stanley were poor on their travels last term and the hosts are rightful favourites, however, Steve Cotterill is a defence-first manager and back-to-back clean sheets would be satisfying. A narrow Shrewsbury win seems to be the most likely outcome, but I am more comfortable taking a goals angle again.

Oxford United are very strong favourites to get up and running after a 1-0 defeat at Derby County last time out. However, given how well Cambridge United have been playing at the start of the campaign, the price is eye-catchingly short on the hosts to get the win. Oxford are rightful favourites given their squad, the way they play under Karl Robinson, but they are too short at this stage of the season.

Cambridge dominated Milton Keynes Dons to win 1-0 on the opening day, and they beat Millwall, of the Championship, by the same scoreline in the first round of the League Cup on Tuesday evening.

The U’s defied the odds to finish 14th last season, and have started where they left off this term, the market is not showing them enough respect. Though my head says that they taste defeat at Oxford, the chances of them avoiding it are far higher than the market is suggesting, potentially presenting some value.

The Yellows only mustered 0.36 xG at Derby last weekend, despite being the joint-top scoring team in the division last term, and Mark Bonner will have a plan to deal with their forward line. At this stage of the season, it is hard to justify Oxford’s outright price, so I am happy to oppose it.

Sign up to Betfair and get a full refund if your first bet loses. Grab an account through the offer below and place £20 on the 63/1 League One Best Bets Accumulator. Here are the two possible outcomes: