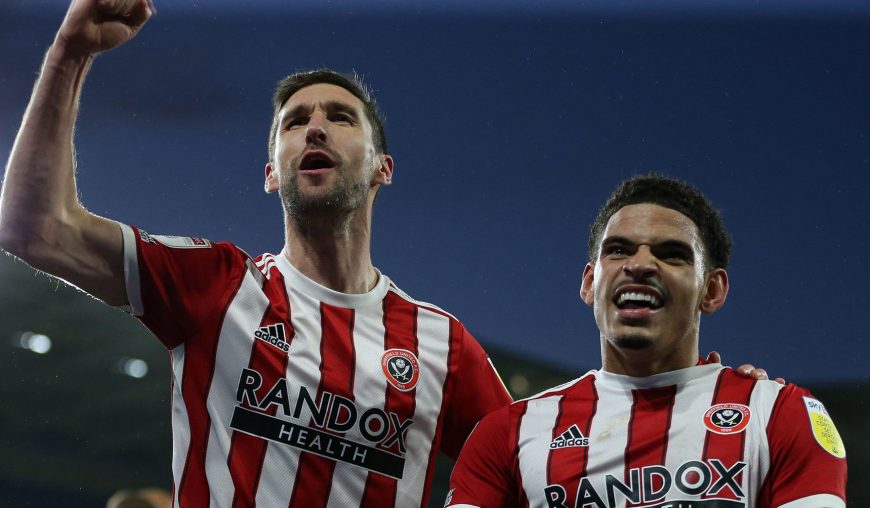 The Championship returns for another round of midweek action on Tuesday night and with both the promotion race and the relegation scrap starting to heat up. I thought the game between in-form Sheffield United and struggling Blackburn would offer a great opportunity to delve deep into the statistics and surface with my top 3 bet builder predictions along with a pre-match cheat sheet and predicted lineups for those of you choosing to watch the Championship over the Champions League with your Wednesday night.

Sheffield United are playing very well at the moment topping the form table with 4 wins in their last 6 games and looking to extend their unbeaten run to 9 against Rovers. Paul Heckingbottom’s side will consider themselves favourites to win this game having dispatched Swansea 4-0 in their last fixture of the back of an exceptional performance from Wolves’ loanee Morgan Gibbs-white, who scored twice and was supported by George Baldock and Billy Sharp who collected the other two goals.

The Blade’s fine form has come in no small part due to their defensive resilience, keeper Wes Foderingham picked up his fourth clean sheet in a row in their last fixture and they have only conceded 11 at home all season the second least in the league with only West Brom having allowed less.

The fact that United haven’t conceded in 389 minutes of Championship football will concern Blackburn greatly as they have been unable to find the target in 374. A problem that won’t be helped by the absence of Ben Brereton Diaz who was brought off against West Brom due to injury and is likely not to feature in this game.

Blackburn Rovers need to return to winning ways on Wednesday evening if they are to continue their push for automatic promotion, especially with Fulham dropping points against Huddersfield and Bournemouth having not played a game in 10 days. However, having picked up just two points from their last four matches it seems as though Blackburn’s strong form at the midpoint of the season may have been in vain and the blue and whites will have to settle for the playoffs without wins in games like this.

With just 3 points separating the blades and 10th placed Luton town a win is crucial for Sheffield to ensure they remain in a playoff place come the weekend. However, with 2 games in hand on 5th placed Huddersfield a win also offers them the opportunity to cement their place. Equally, Blackburn sit 4 points off the pace of the final automatic promotion spot having played 2 more games than Bournemouth who currently occupy that place meaning anything less than 3 points on Wednesday could allow the cherries to create an insurmountable lead.

As previously mentioned, the blades are in incredible form while Blackburn is struggling to find results in recent fixtures. This coupled with the likely absence of Rovers’ talisman this season in Ben Brereton, who has scored almost half of Blackburn’s total league goals this campaign, seems to suggest that the most likely outcome in this match is a victory for the home team.

I would be inclined to agree with this mainly due to the defensive resilience of the home side. Sheffield United have been unbreakable at the back when playing at Bramall Lane, conceding less than a goal per game and I don’t see Blackburn, especially with their poor scoring form recently, breaking that mould. If you are having an individual bet on this game, then The Blades to win to nil is priced at a very healthy 2.7 on Paddy Power. But for this bet builder, I will be backing the selection of Sheffield United to win at 1.75 priced as the clear favourite compared to 3.6 for the draw and 4.75 for an away win.

Despite being fairly low odds considering the two sides league positions, statistically, the home win is by far the more likely outcome and the selection, if it is successful, will offer a nice boost to the overall odds of this bet.

After such an impressive display against Swansea on Saturday, Heckingbottom could opt for the same starting 11, meaning that Morgan Gibbs-White will likely continue to play a shining role in this Sheffield side. However, even if the manager sees fit to change up the squad that was so successful against Swansea it is unlikely that Gibbs-White will be dropped having played 20 games and started 19 for the Blades this season. Equally having scored 2 and assisted 1 in the last match it would be unlikely the player is dropped.

Gibbs-White has had some stand out performances for United this season, as alongside his Swansea performance he scored once and assisted twice against Cardiff and has found the net in several other key games this season. The Wolves loanee is the second-highest goalscorer for his team this season but it is not his scoring prowess that this selection is focused on but his playmaking. He has 5 assists this year which is impressive in itself but he also makes 1.6 key passes per game the most of any player on either of the teams playing in this fixture.

Having created 11 big chances this season but only notching 5 assists it can be argued that his teammates have lacked the quality needed to score, but with the squad performing so well in recent fixtures, I think that Gibbs-White is likely to continue his chance creation in this fixture by recording an assist. Morgan Gibbs-White to get an assist anytime is priced at 4.5 on Paddy Power and as the highest odds selection in this bet, it will be vital in the overall odds of our bet builder.

Equally, Blackburn have allowed 121 shots on their goal this season in their 32 games, working out at an average of 3.78, suggesting that there is a high possibility that against strong opposition in Sheffield they will allow at least 4 shots on target. If we compare Blackburn’s previous record against a side that is similarly placed to their opposition on Wednesday in Huddersfield, who are just 3 points ahead of United and have scored 1 less goal this season, Blackburn allowed 8 shots on target in their away game against this side.

The home team to have at least 4 shots on target in this fixture is priced at 1.4 on Paddy Power and the statistics would seem to suggest that this selection coming in is more than likely.

Sign up to Paddy Power and get a full refund if your first bet loses. Grab an account through the offer below and place £30 on the 6.83/1 Sheffield United v Blackburn Rovers Bet Builder below ⬇️ Bet Builder. Here are the two possible outcomes: