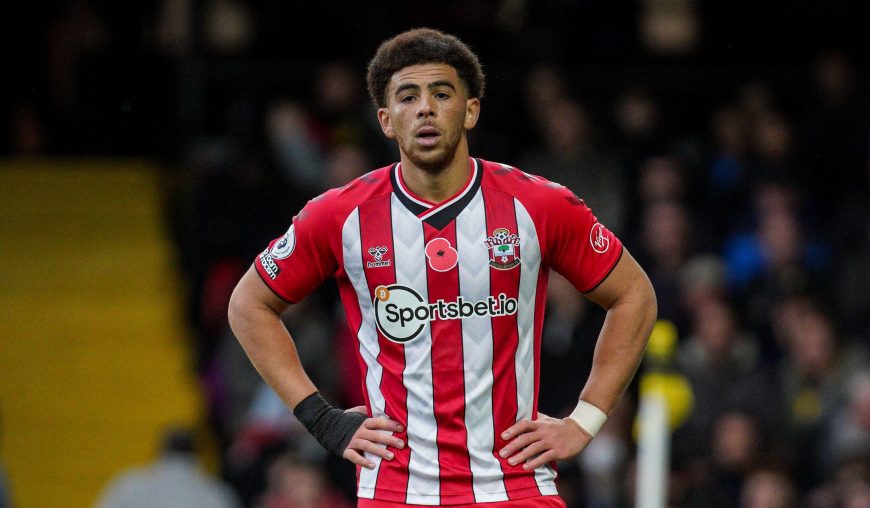 Southampton are host to Norwich at Saint Mary’s Stadium for some Premier League Friday night football as Ralph Hasenhuttl looks to maintain his sides unbeaten streak. Dean Smith however will look for a response from his team on the back of 2 defeats to title chasers Man City and Liverpool.

Southampton will have gone into their previous 4 Premier League games a bit worried with Manchester City, Manchester United, Spurs and Everton all to play but have come out of that tough run of games with 2 wins and 2 draws. Hassenhuttl’s side have been in excellent form recently and have not been beaten in over a month Che Adams hitting form alongside Broja up top for The Saints.

Last time these sides met, it was Dean Smiths first game in charge where his side won 2-1 and he will be hoping for a similar result, which would lift his side from bottom of the table.

Lyanco, Nathan Tella and Alex McCarthy are still unavailable for the hosts, but Romain Perraud is back and available for selection after recovering from covid. Dean Smith confirmed that Adam Idah and Andrew Omobamidele won’t be in the squad but Jacob Sorensen and Lukas Rupp are back in training.

I have put together a bet builder for this Friday night fixture with a pre-match Cheat Sheet to help with your bets, along with research for each selection if you fancy backing mine!

Brandon Williams to be Shown a Card

The first selection of my bet builder looks at Man Utd loanee, Brandon Williams. The hot-heated youngster moved away from Manchester in order to get more regular gametime and has fairly cemented his place in the Norwich backline making 17 starts this season.

Only 10 players in the Premier League have seen yellow more times than Brandon Williams’ 6 cards so far this season. Williams will have the task of defending Scotland duo Stuart Armstrong and Che Adams on his side of the pitch. As you can see from the Cheat Sheet below, Stuart Armstrong averages 1.32 fouls drawn per game, and it will be a challenge to keep inform Adams quiet who averages 2.15 fouls drawn.

Looking at Williams recent performances, he has been put in the book 3 times in his last 4 matches including last game against Liverpool. The last time these two sides met Williams was the first player to see yellow when his side were the winners at Carrow Road.

I like the look of Brandon Williams Cheat Sheet stats too with the left back averaging 1.25 fouls per game and picking up the most yellows for Norwich this season,  but the main reason is I think he will be in for a tough shift on that left side against the inform hosts.

Prediction: Brandon Williams to be Shown a Card

Talk of Che Adams winning player of the month could become a reality if he can grab another goal against Norwich. Adams has bagged himself 2 goals and helped his side with 1 assist in Southampton’s 3 February games with Friday’s game against Norwich rounding off the month’s fixtures for The Saints.

Che Adams and Broja have developed a dangerous partnership up top and have been a threat of late, with the partnership sitting joint top goal scorers for Southampton in the Premier League. Che Adams stunning strike against Man Utd helped his side grab a point and a fine header against Spurs helped Southampton take home all 3 points on the road.

Che Adams will likely be up against Scotland teammate Grant Hanley for this one, but I think Che will have too much quality for the Norwich backline with his confidence growing in The Premier League. With the service from Ward-Prowse in the midfield I think he will be granted a few chances and I’m backing him to tuck one home to help his side on their unbeaten run.

Southampton sit 5th in ‘corners won’ in the Premier League with 142 so far, meaning they average 5.68 per game. Last time out against Norwich Southampton registered 8 corners in their 2-1 defeat away from home.

Southampton will look to continue their good run of form against Norwich who find themselves at the foot of the table, Southampton have been dominant in possession recently with more possession than their opponents in 4/6 of their last games with the other 2 coming against both Manchester clubs where less possession is expected. Their dominance of the ball has helped them to register more corners and I think it will be a similar outing for Southampton on Friday against Norwich who don’t usually see more than 40% possession and have less corners most games.

Apart from relegation rivals Burnley, Norwich has the second most corners conceded per game averaging 6.72 with their opponents pinning them in their own half and peppering their goal in the majority of matches.

Back the 7/1 Southampton v Norwich Bet Builder below ⬇️

Sign up to Paddy Power and get a full refund if your first bet loses. Grab an account through the offer below and place £30 on the 7/1 Southampton v Norwich Bet Builder below ⬇️ Bet Builder. Here are the two possible outcomes:

How to watch Southampton v Norwich in the Premier League