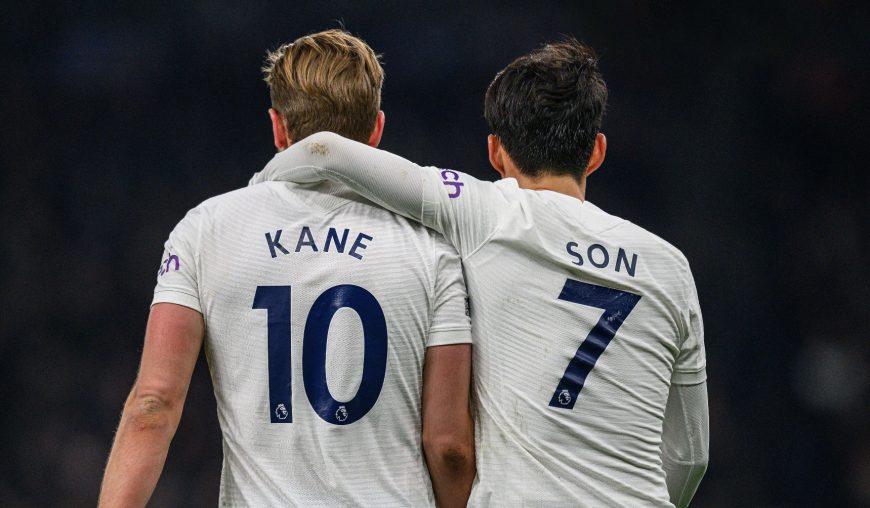 It is a massive game for both sides as Spurs host Burnley in the Sunday lunchtime kick-off at Tottenham Hotspur Stadium in the penultimate weekend of the 21/22 Premier League season. Spurs gave themselves a huge boost midweek against their loathed neighbours as they shoved 3 past the 10 men gunners, meaning that they come into this weekend just 1 point behind them in the race for Champions League football next season. Burnley still sit in an extremely dangerous position just outside of the bottom 3 by goal difference with a game in hand over Leeds, but their fixture list is a tough one in the run in so they are far from safe just yet.

Spurs are right on Arsenal’s tail after hammering them midweek so are right back in the mix in the race for a top 4 place and with Burnley and Norwich left it is a great chance to beat Arsenal at the final hurdle if the Gunners are to slip up against Newcastle or Everton.

After a controversial sacking of long serving Sean Dyche, Burnley’s caretaker manager Mike Jackson picked up the manager of the month award for April after turning his side’s fortunes around with more than a glimpse of hope of staying up. Jackson guided the Clarets to 3 wins and a draw in April meaning he became the first Burnley manager to go undefeated in the first 4 matches in charge. Burnley face arguably the toughest remaining fixtures out of themselves, Everton and Leeds but could really pile the pressure on Leeds by picking up any sort of result here.

The injury list for the Claret’s keeps getting bigger and bigger with Tarkowski the latest to be added to the list. He joins the likes of Ben Mee, Vydra, Rodriquez, Westwood and Gudmundsson on the side-lines.

This looks to be a fiery game with both teams playing for the 3 big points that are up for grabs. Take a read of my bet builder below coming in at around 12.34 on Paddy Power. I have also made a pre match cheat sheet for this game in which could shape up to be a card fest!

Harry Kane to Score or Assist

The first selection of the bet builder focuses on Spurs’ main man Harry Kane. The Englishman has a great record against Burnley so he is the first pick of this Sunday bet. The beauty of this selection is that it doesn’t matter if Kane scores, or assists Son like we have seen on numerous occasions this season. The pair between them have scored nine goals in the last eight games against Burnley which makes for good reading for this selection.

Kane made it 3 goals in his last 3 games against Arsenal midweek so goes into this is fine form after scoring his penalty and his low headed effort to continue his great record against Arsenal. Kane will look to finish the season on a high after a poor return by his standards where he has been outdone in the goals department by his South Korean teammate.

Kane has a decent record against Burnley too, he has previously scored eight goals in 11 Premier League appearances against Burnley throughout his career. Aside from the reverse fixture at Turf Moor earlier in the season, Harry Kane has scored or assisted in the last seven Premier League matches versus Burnley, with seven goals and three assists.

Kane has bagged 15 goals this season after a fairly slow start while also helping out his side with 8 assists in the Premier League. You would struggle to name a better partnership than Kane and Son at the moment and I think that they will definitely do damage to Burnley here.

If you put my first and second selections together, you will see I am backing Spurs to win to nil here and with their display at Arsenal midweek I see no reason why they shouldn’t on home turf. This isn’t a fixture that sees both teams on the scoresheet very often with only 3 of their last 10 Premier League meetings seeing both teams score.

Only Everton and Norwich have scored less goals than Burnley on the road this season which has seen them win only 2 games away from Turf Moor. On the other hand, Spurs have been decent in their spectacular stadium this season with 12 wins from 18 home matches.

Spurs have only conceded an average of 1.05 per game at Tottenham Hotspur stadium, with only Man City, Liverpool and Arsenal having a better defensive record at home. Burnley have been poor on the road, scoring an average of just 0.83 away from home which doesn’t bode well for them against Conte’s side.

Spurs have been good defensively recently against tough opposition and their clean sheet against Arsenal emphasised this. The Lilywhites have only conceded 3 times in their last 6 outings in the Premier League so I think Burnley will struggle to break them down.

Ashley Barnes to be Shown a Card

Finally, I am backing Burnley forward Ashley Barnes to be put in the referees book against Spurs. Barnes hasn’t had much game time this season but should line up alongside Weghorst in the starting line-up with Vydra and Rodriquez both unavailable.

Barnes has picked up 4 yellows from just 5 starts and 15 appearances from the bench showing his aggression. Further emphasising his temper is his cheat sheet stats, the 32-year-old averages 3.33 fouls per game which is the most out of all of the players from either side.

Referee Kevin Friend isn’t the most lenient of officials either averaging 4.69 yellows per game. I don’t normally go for forwards to be booked but with the way I see this game going with Spurs keeping out Burnley I think frustration could get the better of the hot headed Englishman.

Last time out, Barnes was lucky to stay out of the referees book with 2 fouls against Villa including committing a foul just 3 seconds into the match. Barnes has committed at least 1 foul in his last 3 games and was booked for kicking the ball out of the goalkeepers hands late on against Watford the other week when his side were frustrated in that relegation scrap.

Prediction: Ashley Barnes to be Shown a Card

Back the 11/1 Tottenham Hotspur v Burnley Bet Builder below ⬇️

Sign up to Paddy Power and get a full refund if your first bet loses. Grab an account through the offer below and place £30 on the 11/1 Tottenham Hotspur v Burnley Bet Builder. Here are the two possible outcomes:

How to watch Tottenham Hotspur v Burnley in the Premier League